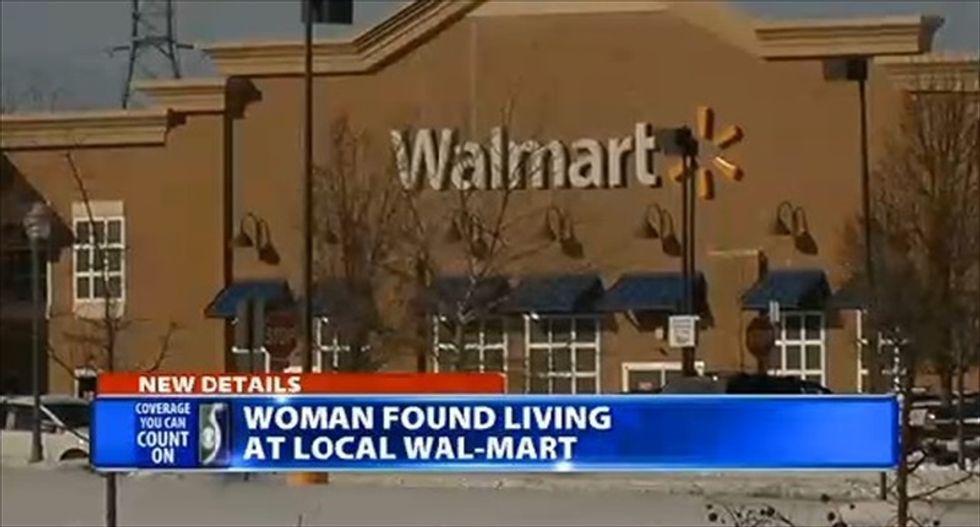 Police in Grand Blanc Township, Michigan were called in on Thursday to evict a 45-year-old local woman for squatting inside the store behind employees' backs, WNEM-TV reported.

"When I first made contact with her she was sitting in a chair," Detective Matt Harburn said. "She actually had her laptop in her lap, with headphones in."

Police said the woman "moved" into the store after her son kicked her out of his home in a dispute over her alleged drinking problem. She had been squatting there for nearly two days before being spotted on surveillance cameras.

"During the day, she'd just walk around and meander near the store," Harburn told MLive.com. "At night, apparently she'd go into the bathroom and sleep."

Because she was wandering inside the store, police said, she was able to blend in with regular shoppers before being discovered. However, she refused to leave even after employees noticed her and asked her to get out.

Authorities issued the woman a ticket for disorderly conduct, but took her in citing concerns over the cold temperatures in the area. Her son subsequently picked the woman up at the local police station.

Walmart said in a statement that no customers were at risk during the woman's unauthorized stay.

"I would hope that it wouldn't take [employees] 48 hours to call us," Harburn said. "That if someone's sleeping in the restroom or if someone is homeless in their store, that they'd call us right away so we could handle it appropriately. Then either arrest them or find them help, some place to stay."

Watch WNEM's report, as aired on Thursday, below.