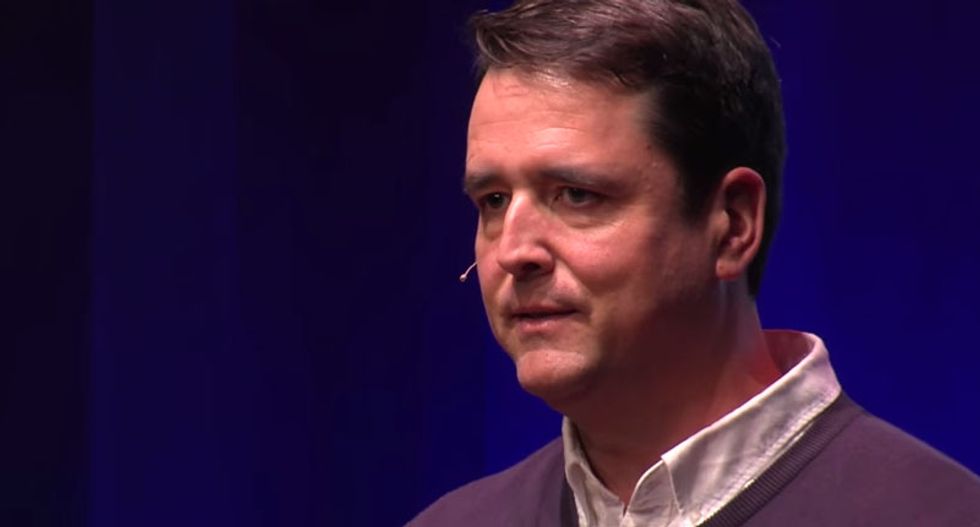 John Dehlin giving a speech at a TED conference (Screenshot)

A prominent Mormon scholar and vocal critic of the church has been threatened with excommunication, over his support of same-sex marriage and the ordination of women.

John Dehlin, who runs the popular Mormon Stories podcast , has been summoned to appear before a disciplinary council by his local church stake president, Bryan King, to answer the charge of apostasy.

At issue, as well as the content of his podcast, is the fact that he has publicly expressed doubts regarding elements of church theology and his public criticism of the church’s approach to LGBT members.

Dehlin told the Guardian he was experiencing mixed feelings.

He said that the prospect of actual excommunication held little meaning for him. “In June my family and I stopped attending church, and we’ve been very happy since,” he said. “As far as the work goes, I’m even more committed to alleviating suffering within Mormonism than I’ve ever been.”

In a press release, Dehlin said he had begun to discover “troubling and hard-to-find” facts about the Mormon church after being called to serve as an early-morning seminary teacher while working for Microsoft in Washington state.

He said he spent “several depressed years trying to reconcile these facts with the church that I loved (and still love)”, and that he started the Mormon Stories podcast as a way to deal with those issues.

Dehlin said his work on the podcast had made him the subject of “at least three” formal investigations by the Mormon church. He also said King had told him at a meeting in August last year that in order to avoid church discipline, he would have to censor or remove all past episodes of his podcast that were not favorable to the church and agree never to interview anyone for the podcast who expressed doubt or criticism of the church.

He could also never again voice public doubt or criticism of the church, he was told, and he would have to cease his public support of same-sex marriage and the Ordain Women movement.

In a letter dated 10 August, Dehlin told King he would not agree to those terms.

Dehlin said that while he would rather the church leadership left him alone, he would “rather face excommunication than disavow my moral convictions”.

The Church of the Latter-Day Saints did not immediately respond to a request for comment.