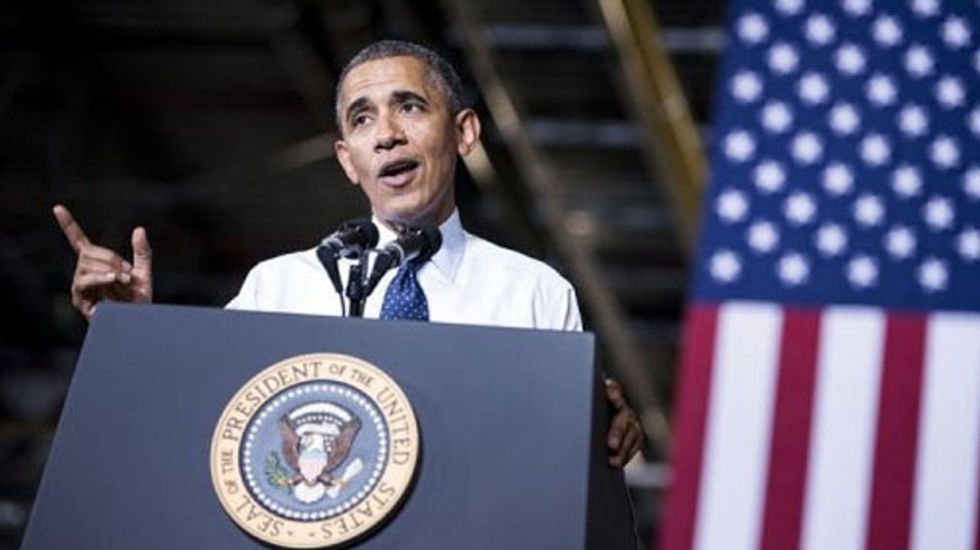 A Republican member of the Nebraska state Board of Education has come under fire for a series of posts on his blog calling President Barack Obama a "half-breed," Talking Points Memo reported.

"Unfortunately, I have not always had time to read all submissions by other contributors and I apologize for that," Pat McPherson wrote on the blog, the Objective Conservative. "I strongly disavow the racist tones evident in the piece and again will take appropriate action to assure such inappropriate content is not posted in the future by that contributor or any other."

McPherson, who identified himself as a co-founder and co-editor of the blog, said he did not write the posts. However, he did not identify the person who published them.

"I don't think that's appropriate. It's a private person," he said. "I have a number of private contributors to it. I'm not going to start pointing fingers at this point and make this any worse than it is for anybody."

According to the Omaha World-Herald, five posts on the blog dating back to February 2011 have used the slur to refer to Obama within the past three years.

For instance, a February 2014 post dealing with right-wing rock musician Ted Nugent says, "We think Ted Nugent is cool, but we would never think of calling a half-breed a sub-human mongrel," a reference to Nugent's own slur against the president. 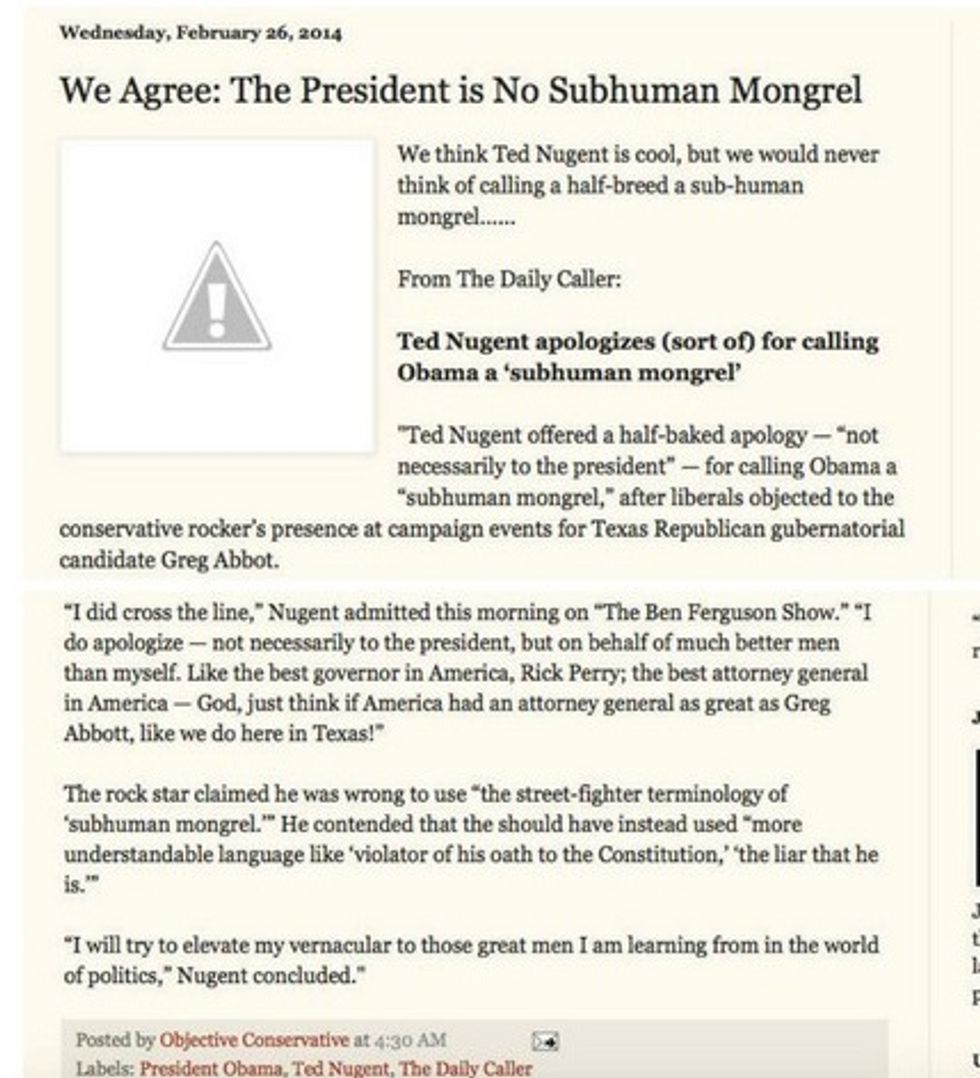 A more recent post begins by stating, "Now our great Black Leader (actually, if he were a Republican the liberals would call him what he is -- a half-breed) in Washington wants to give everyone a free community college education." 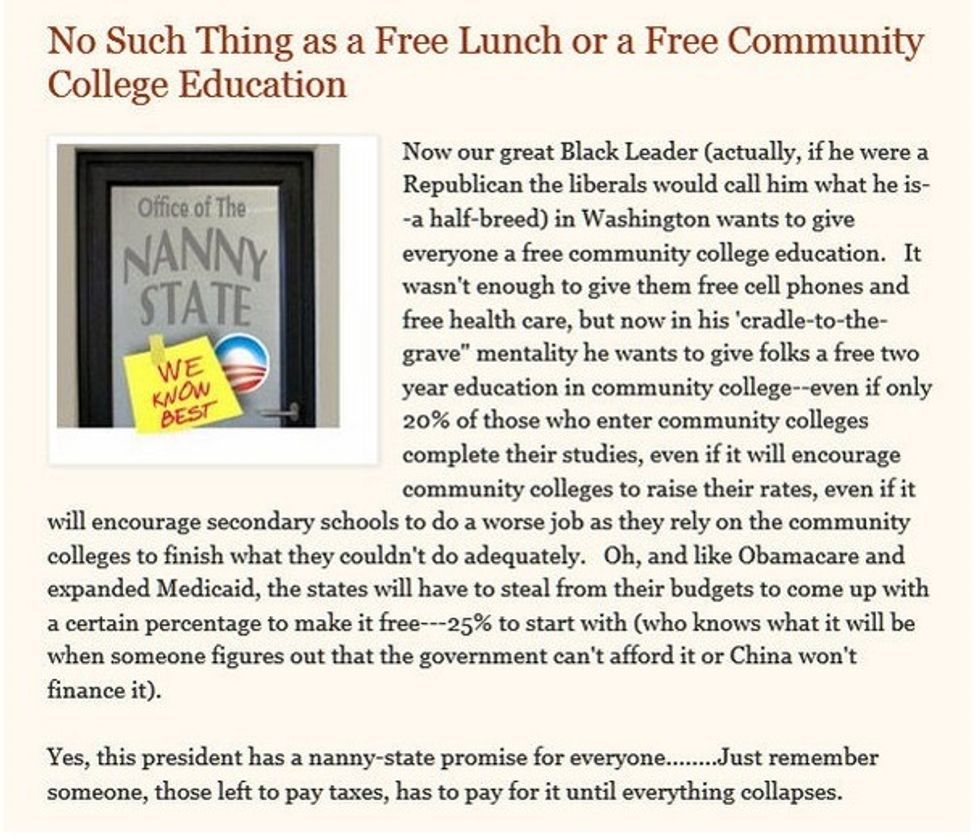 McPherson said he did a "poor job" of monitoring the blog's content. After deleting the posts in question, he said he is shutting the site down.

"What can I say? They were there," he told the World-Herald. "I didn't read them when they were posted."

Gov. Pete Ricketts (R) condemned the offending posts in a statement on Tuesday.

"While many Nebraskans disagree with our president on many issues, he is deserving of the same civility and respect we give one another," Ricketts said. "There is no room for bigotry."

Nebraska Watchdog reported that the state Democratic Party has called for McPherson to step down from his position and identify the person who wrote the posts. The University of Nebraska-Lincoln's student newspaper, the Daily Nebraskan, did the same in an editorial published on Thursday.

"There are two possibilities here: either McPherson wrote some of the passages in question and is now backtracking to save face, or his management of the blog has been grossly negligent to the point of bigotry," the Nebraskan's editorial board wrote. "Either possibility betrays qualities that are incompatible with any elected position, let alone one prescribed the responsibility to manage that which is most imperative, our children's education."

However, McPherson told the World-Herald on Tuesday that he will "absolutely not" resign.