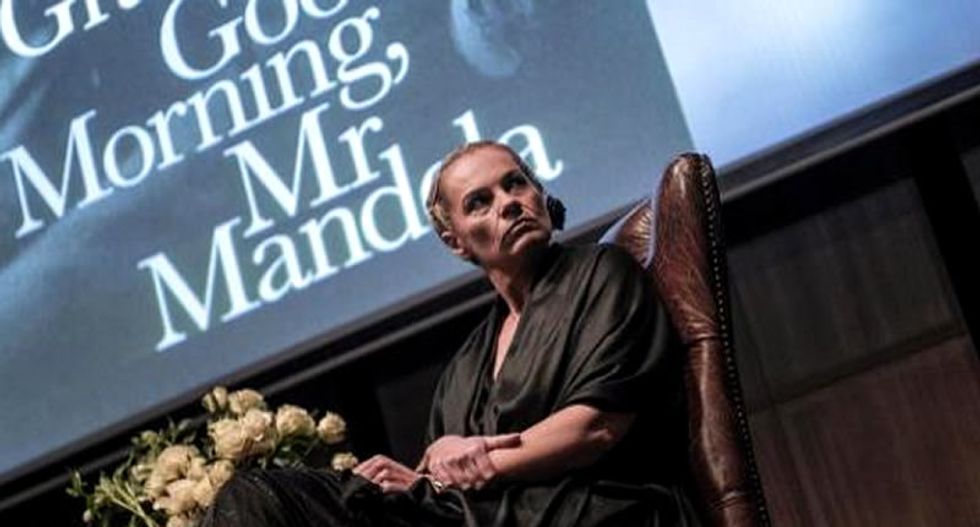 Nelson Mandela's former personal assistant, Zelda la Grange, has apologised after sparking an online race row with comments that white people were being made to feel unwelcome in South Africa.

"I'm SICK of Jacob Zuma's constant go at whites every few months," she tweeted on Saturday. "Why can't we co-exist without it having to be at the expense of one another?"

Zuma, under fire over an ailing economy and government mismanagement, had told a rally of the ruling African National Congress: "All the trouble began in 1652 when Jan van Riebeeck landed in the Cape."

Van Riebeeck was a Dutch colonial official who established the first white settlement in South Africa.

La Grange, raised as a conservative member of the Afrikaner group descended from Dutch settlers,became something of a poster girl for Mandela's famous policy of racial reconciliation.

But she briefly changed her twitter name to Zelda van Riebeeck to launch her diatribe.

She was soon the target of a storm of tweets under the hashtag #ZeldaDoesntEvenKnow accusing her of being a racist who still did not understand the suffering of blacks under the former white apartheid regime.

Tsietsi Mashinini tweeted: "#ZeldaDoesntEvenKnow that we've never felt welcome in our own country since they arrived!"

La Grange later issued an apology "unconditionally and without reservation to all South Africans who were offended by my tweets this morning".

"Colonisation was a terrible thing that happened to our country, but I cannot erase or change it," she wrote.

"We are all frustrated and angry about the state of affairs for different reasons. But that frustration is not limited to race or culture."

She said all that the racial "blame game" achieved was to distract from the real problems 20 years after the end of apartheid.

"These are corruption, mismanagement, inequality and the delivery of basic services.

"On any day our democracy is better than apartheid. But it does not mean we should not be critical of our state of affairs," she said.