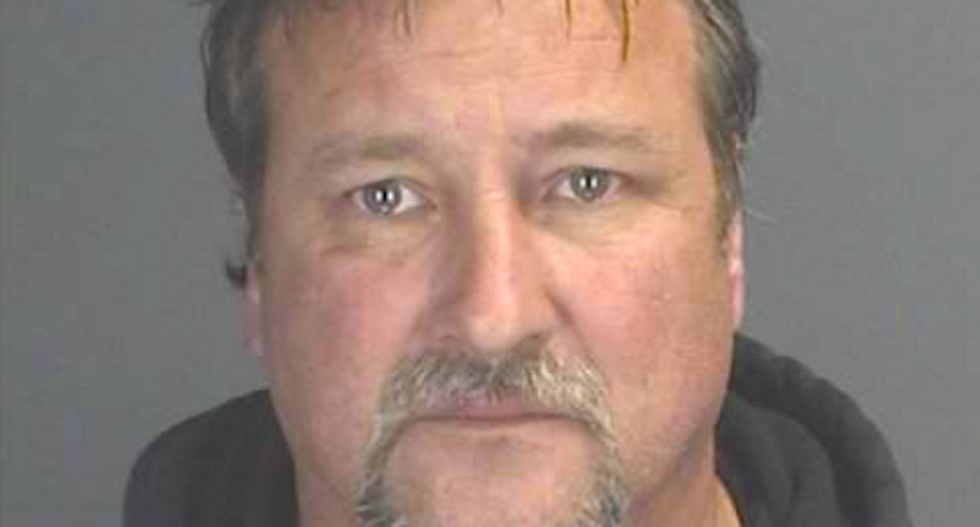 A New York man has been arrested after bulldozing the home where he lived with his wife.

James Rhein rented an excavator Monday and demolished the Middletown house, but police said he failed to notify the homeowner – his wife.

Records show Diane Andryshak, not Rhein, is listed as the sole owner of the property, which her husband rented, and police said he failed to obtain her permission before destroying the 840-square-foot, three-bedroom ranch home.

“He bulldozed all her clothes in there -- washer, dryer, furnace, hot water heater, everything was still in there. In fact, her medication was still in there.” said neighbor Steve Belfiglio, who described Rhein as a “loose cannon.”

Rhein also neglected to obtain proper permits or call utility companies to shut off gas and electric service, which had to be turned off by emergency crews to prevent an explosion or fire.

“He could have blew the block up, I suppose,” Belfiglio said.

Rhein said the home was dilapidated and its foundation was crumbling from years of disrepair, so he decided to tear it down.

He claims he tried to obtain a demolition permit but was unable because the office was closed for the federal holiday honoring Martin Luther King Jr.

He claims he tried to call his wife to notify her of his intention, but she didn't answer her phone.

A neighbor said Andryshak arrived home to find the house reduced to rubble and became very upset, but Rhein said she had recovered.

Rhein, who lived at the home for three years, denied that he needed his wife’s permission to destroy their home with her possessions still inside.

He has been charged with second-degree criminal mischief, a felony, and could face additional charges in the incident.

Rhein, who was arrested in 2013 on harassment charges not involving his wife, was released on $300 bond.

An Ohio man made national news nearly five years ago when he bulldozed his house ahead of foreclosure.