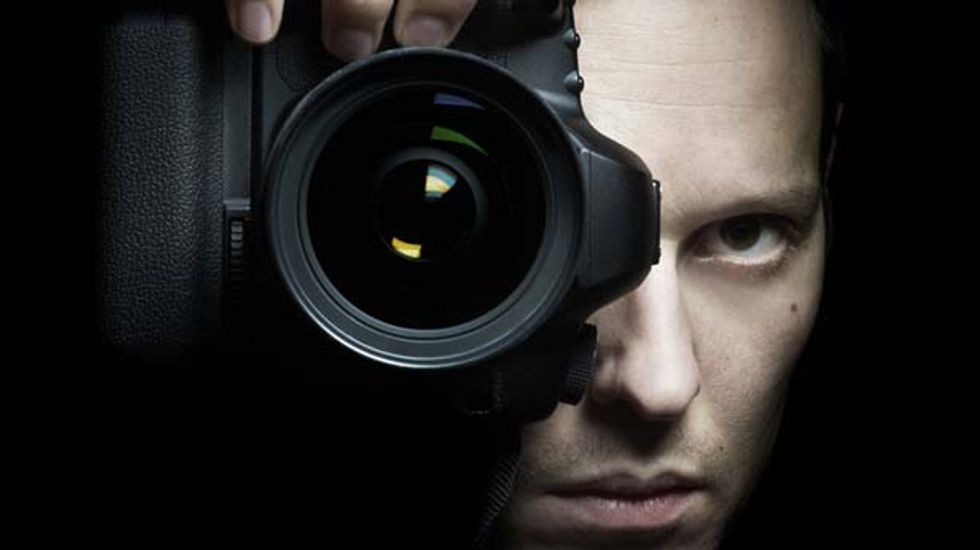 A freelance news photographer was arrested last week after refusing to turn over his camera to a detective investigating a New Jersey crash that injured another detective.

Andrew Flinchbaugh was charged with obstructing administration of law and taken into police custody Thursday in the videotaped incident, reported the Asbury Park Press.

The 23-year-old Flinchbaugh was covering the crash for The Lacey Reporter news website when a detective from the Ocean County Prosecutor’s Office ordered him to turn over his camera because the video or photos he had gathered could be potential evidence.

Another detective in the prosecutor’s office had been airlifted after crashing into some woods, the newspaper reported.

Flinchbaugh said police had given him access to the crash scene as a credentialed media member, but Detective David Margentino questioned his presence there and ordered him to surrender the camera.

The photographer recorded the incident on his smart phone unbeknownst to the detective, who threatened to arrest Flinchbaugh if he did not comply.

“This is not a negotiation, do I sound like I'm negotiating with you?” Margentino says on the video. “Do I make this sound like it's an option?"

The detective told Flinchbaugh he would give him a receipt so he could reclaim his camera, but the photographer refused to turn over the device.

"Listen, you're not getting this camera," Flinchbaugh says.

A police lieutenant questioned Flinchbaugh about his employer and whether he worked on the news website’s staff or as a freelancer.

The lieutenant explained that Flinchbaugh may have recorded evidence from the crash before police arrived, and the photographer said he would share copies of all the potential evidence he gathered – but he would not surrender the camera.

The photographer said he expected the police lieutenant to return his ID and allow him to leave at that point, so he put away his phone and stopped recording video.

He began recording again when Margentino approached and told him all the officers agreed the camera would be collected as evidence and returned in a few hours.

"Well then, you're going to have a lawsuit on your hands," Flinchbaugh says. "You're not seizing my camera, it's just that simple.”

He told the detective he would not voluntarily leave with police, with or without the camera.

“This is totally unreasonable,” Flinchbaugh says on the video.

The detective accused Flinchbaugh of pushing him – which the photographer denied -- and ordered him to place his hands behind his back.

Ocean County Prosecutor Joseph D. Coronato said Saturday that the charge against Flinchbaugh was dropped, and he admitted his employees could have handled the situation better.

No additional information was released about the injured detective’s condition.

Watch video from the incident posted online by Andrew F: