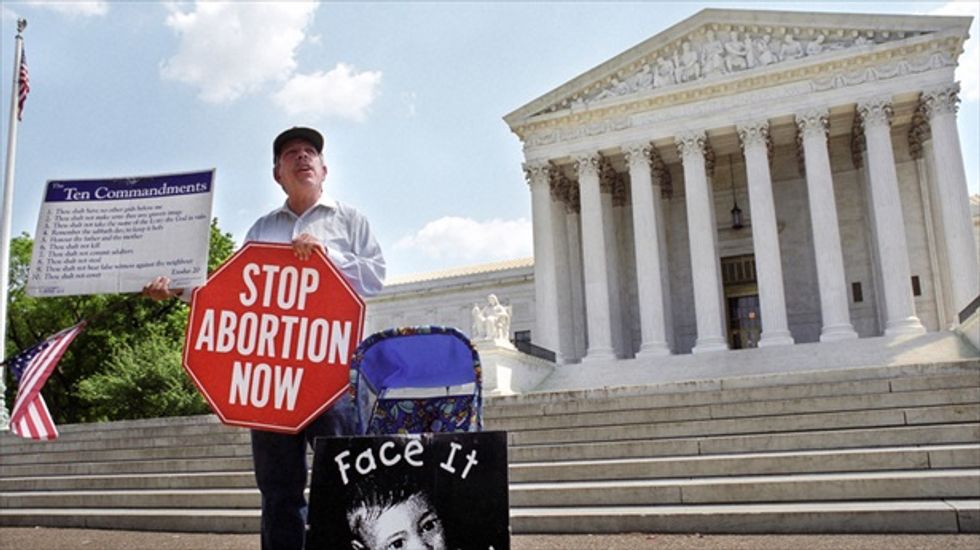 North Dakota and Arkansas are seeking to reinstate two of the nation’s most restrictive abortion laws in a federal appeals court in Missouri on Tuesday.

The US court of appeals for the 8th circuit , which sits in St Louis, is hearing oral arguments on the so-called fetal heartbeat laws, which ban abortions if a heartbeat is detected. Both bans were approved by lawmakers in 2013 but overturned by lower federal courts in separate decisions.

The Arkansas legislature approved a bill that bans abortion at 12 weeks, prohibiting most abortions if a heartbeat can be detected. The state’s democratic governor vetoed the bill, but the conservative, Republican-controlled legislature overrode it.

Just weeks after the ruling, North Dakota lawmakers passed a bill that went even further, banning abortions at the point a fetal heartbeat can be detected, which can be as early as six weeks into the pregnancy.

A federal judge struck down the Arkansas law in March 2014. A US district judge overturned the North Dakota law in April 2014, calling it “invalid and unconstitutional” and that it “cannot withstand a constitutional challenge”.

There has been a decided spike in restrictive abortion laws in recent years. Since 2011, several conservative legislatures have approved sweeping new limits on the procedure, forcing a dramatic reshaping of how, and where, women seek abortions in 2014.

This is borne out by a recent report from the Guttmacher Institute, a reproductive rights think tank, found that more than half of American women, 57%, live in a state that is either “hostile” or “extremely hostile” to abortion rights.