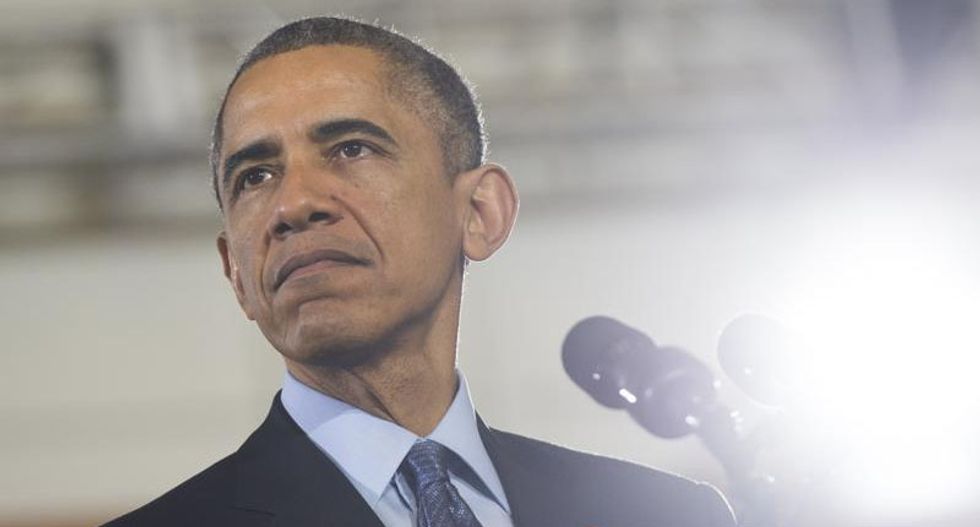 President Barack Obama said on Tuesday the United States and not China must write trade rules for Asia and called on Congress to give the White House a freer hand to close trade deals.

Obama, who is pushing to overcome resistance to so-called fast-track authority from within his own party as well as conservative Republicans, said if China prevailed, U.S. workers and businesses would be at a disadvantage.

"That’s why I’m asking both parties to give me trade promotion authority to protect American workers, with strong new trade deals from Asia to Europe that aren’t just free, but fair," he said in the State of the Union address, also acknowledging past deals had not always "lived up to the hype."

China is not part of the Trans-Pacific Partnership the United States is negotiating with 11 other trading partners, which aims to set common standards on issues such as workers' rights and the environment as well as lower trade barriers.

The Asian giant is instead pushing for faster progress towards a trade pact with the wider Asia Pacific Economic Cooperation (APEC) bloc.

Asked about Obama's comments, China's Foreign Ministry said on Wednesday the country was willing to work with the U.S. to resolve trade problems.

"We hope each side can put forth joint efforts to provide a fair, open and transparent trade and investment environment, and jointly work to make contributions to improving global investment rules," said ministry spokeswoman Hua Chunying in a daily briefing.

"I think it's important to note that there are countries all over the world, China included, that would like to take away America's mantle of economic leadership," he said.

"The majority of Democrats right now are very hesitant, to say the least, and not at all sure that trade is good for working people,” said Hoyer, who voted against fast-track in 2002 but has supported major trade deals.