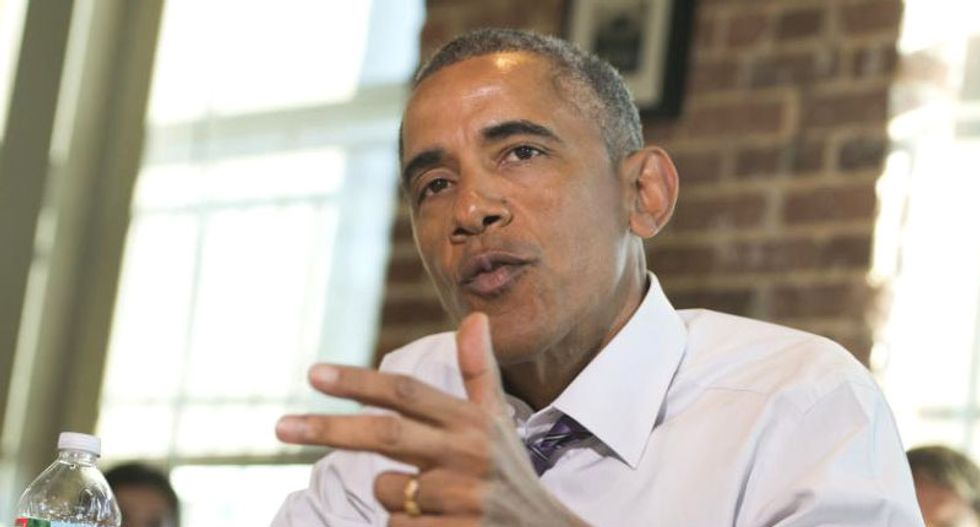 Barack Obama speaks to the nation Tuesday in a State of the Union address that comes as Washington undergoes a political seachange and the US president readies to lock horns with ascendant Republicans.

The annual speech, the most important in the US political calendar, comes two years to the day of his scheduled departure from the White House in 2017, and the American president does not have an easy road ahead of him.

Tuesday will mark the first time since his election in 2008 that Obama will address a Congress whose two houses are entirely controlled by his Republican adversaries.

"I’m not going to spend the next two years on defense; I’m going to play offense," a defiant Obama told Senate Democrats, according to comments reported by the website Politico.

His credo: It's time for Americans to benefit from the country's economic growth after years of decline. Unemployment has fallen below six percent, the lowest numbers in over a decade.

"The economy is stable and is building momentum. Now we have to make sure that that economy is benefitting everybody," Obama said in Baltimore on Thursday.

Obama has already announced some of his priorities for the months ahead: tax reform, easier path to homeownership, improved access to high-speed Internet and free community college.

The president may be able to move some of his initiatives forward with executive action, but Obama also knows that he needs support from the now Republican-dominated Congress to make serious change.

Republican Mitch McConnell, the new leader of the Senate, said Friday that the president will have to listen to his opponents if he hopes to accomplish his policy goals.

"Tuesday can be a new day," McConnell said.

"This can be a day he promotes realistic reforms that focus on economic growth -- instead of spending more money than we have."

Facing the tough negotiations that lie ahead, the president recently reminded Congress that he has a powerful political weapon at his disposal: he can veto the bills that arrive on his desk.

Obama has already threatened to veto bills regarding the Keystone XL oil pipeline and Iranian sanctions.

Lawmakers from the House of Representatives and the Senate -- as well as Supreme Court judges and other officials -- will gather Tuesday night at 9:00 pm (0200 GMT Wednesday) at the Capitol in Washington for the presidential address.

Traditionally, Washington plays a guessing game over what initiatives will be included or left out of the address.

This year, Obama -- fending off accusations he has become a lame duck -- decided to get ahead of the speculation and release his priorities ahead of time.

"And I figured, why wait for the State of the Union? Why stand on formalities; let’s get the ball rolling right now," the bullish president said during a speech in Tennessee.

Behind this plan is a sense from his advisors that the speech has begun to lose its shine with the American people.

In 2014, 33 million Americans watched Obama's primetime speech, a figure that has declined steadily over the last six years. In 1993, 67 million tuned in to hear president Bill Clinton.

The White House has carefully chosen its communication tools to spread its new proposals over the past two weeks to try and reach a broader audience and drive home the main points of the speech.

In a Facebook video, Obama put forward his idea for free community college. Over LinkedIn his close advisor Valerie Jarrett presented new plans for increased maternity and sick leave. On YouTube, the president has given an inside look into how he prepares the speech.

On the diplomatic front -- Obama faces multiple challenges from Ukraine to the Islamic State group -- it's likely he will include remarks on his surprise announcement in December about normalizing ties with Cuba, which opinion polls say is supported by a majority of Americans.

Obama could also discuss the recent extension of nuclear talks with Iran until July 1.

New Senator Joni Ernst will be responsible for the Republican response immediately following the president's address.

During Ernst's campaign she played up her experience as a farmer castrating hogs in Iowa. She told constituents she would cut wasteful government programs and make Washington's big spenders "squeal."