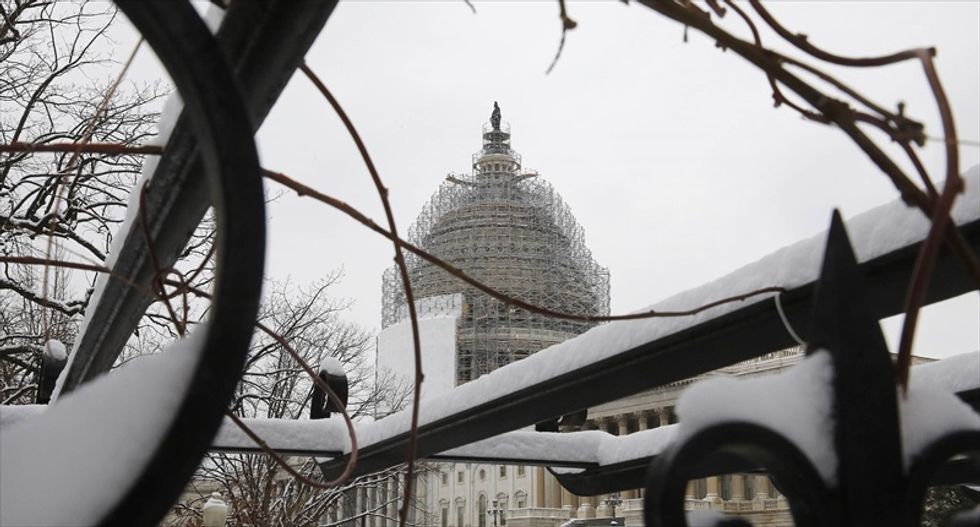 The U.S. Capitol building is seen through a snow covered trellis at the start of the 114th Congress on the Capitol grounds in Washington on Jan. 6, 2015. Photo by Jim Bourg for Reuters.

An Ohio man claiming sympathy with Islamic State militants was arrested on Wednesday in connection with a plot to attack the U.S. Capitol with guns and bombs, court documents disclosed.

Christopher Cornell, 20, of Cincinnati researched the construction of pipe bombs, purchased a semi-automatic rifle and 600 rounds of ammunition and made plans to travel to Washington to carry out the plan, according to an FBI informant's legal testimony.

Cornell indicated on Twitter that he supported the Islamic State group under the alias Raheel Mahrus Ubaydah, court documents said.

In a meeting with the informant in November, Cornell said he considered members of Congress to be his enemies, according to the documents. He outlined a plan to place pipe bombs at and near the U.S. Capitol and use firearms to kill employees and officials inside, the documents said.

Justice Department spokesman Marc Raimondi said the public was not in any danger during the investigation.

Cornell has been charged in a federal court in Ohio with attempting to kill a U.S. government officer and possession of a firearm in furtherance of an attempted crime of violence.