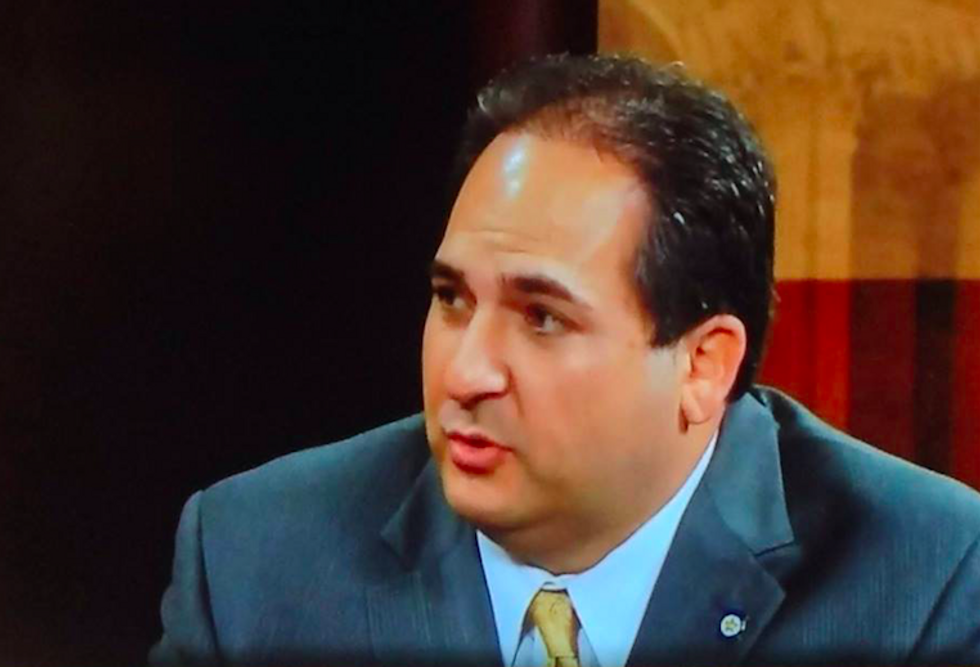 A Republican Oklahoma state senator proposed a bill that would shield the state's public schools from lawsuits over a school Bible study course. The Bible course was created and financed by the conservative Christian family that owns the Hobby Lobby chain for crafts stores.

The Bartlesville Examiner-Enterprise reported that state Sen. Kyle Loveless proposed Senate Bill 48, the "religious elective" in schools bill for the 2015 legislative session, which would render schools and school boards impervious to any lawsuits regarding the teaching of religion in school.

If the bill is passed, public schools will incur “no liability as a result of providing an elective course in the study of religion or the Bible.”

Loveless -- author of the so-called Hobby Lobby bill, which allowed employers to use their religious beliefs as a basis for denying employees coverage for certain health care services -- told the Examiner-Enterprise that the bill came about as the result of a controversy that sprang up when the Mustang School District attempted to offer a Hobby Lobby-sponsored Bible study program in schools.

Activists who support the separation of church and state threatened to sue the school district to stop the courses. Mustang School District Superintendent Sean McDaniel announced in November that plans for the courses -- which were financed, written and designed at the behest of the Green family, the wealthy conservative Christians who own Hobby Lobby -- had been scrapped due to legal pressure.

Now, Loveless believes that he has the key to ensuring that the course -- titled "The Book: The Bible’s History, Narrative and Impact” -- can go forward without legal interference.

"I don’t see anything wrong with (a provision) that gives local school districts the ability to study the historical aspects of the Bible. That’s my reasoning for the bill. It is not a forced class and this would not be a ‘Sunday School’ type course. We are not endorsing one religion over the other,” he told the Enterprise-Examiner.

The newspaper asked Loveless if he would endorse similar courses based on the Muslim holy book, the Koran.

“Oklahoma is a predominantly Christian state," Loveless said. "There has been no movement to teach the Quran as an elective. I would be open to debate on the issue.”