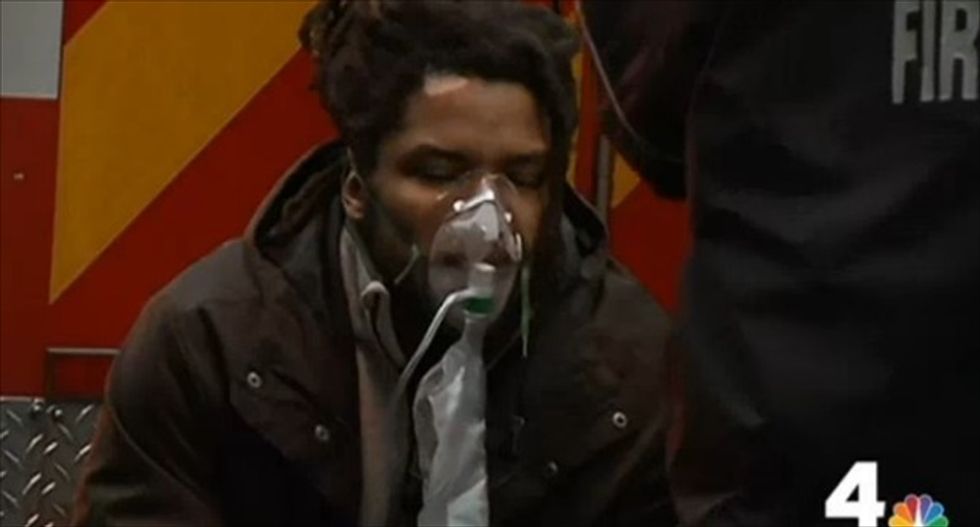 A woman has died and at least two people were critically injured after smoke filled a subway car in downtown Washington on Monday afternoon, officials said.

A total of 84 patients were transported to area hospitals, and scores more were evaluated at the scene, said Khalid Naji-Allah, a program analyst with the District of Columbia Fire Department.

Richard Sarles, the general manager of the region's Metro system, told reporters one woman died and two people were critically injured in the incident at L'Enfant Plaza station that caused major disruptions on many of the system's subway lines.

"We don't know yet the cause of the heavy smoke," Sarles said.

Morgan Dye, a spokeswoman for the Washington Metropolitan Area Transit Authority, said the National Transportation Safety Board is looking into the cause of the smoke. A representative from the NTSB declined immediate comment.

The system, which operates in Washington and nearby Virginia and Maryland suburbs, is the second-busiest nationally in terms of passengers carried after New York City's subway network.

Watch a report on the incident, as aired on WRC-TV on Monday, below.