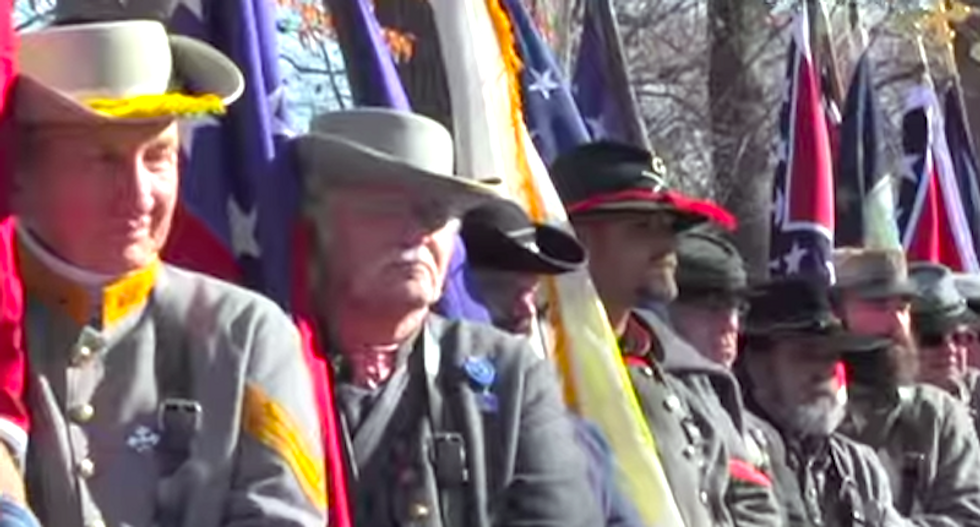 About 50 protesters stood silently across the street from the pro-Confederate rally, and some of them carried signs urging the Civil War enthusiasts to change the date of their annual demonstration, reported The Baltimore Sun.

King’s birthday was Jan. 15, and the federal holiday is held on the third Monday of each January.

The pro-Confederate demonstration has been held on the third weekend of January for years, although members are not sure how the long the event has been held.

Some group members said they had attended ceremonies in the 1950s at the Lee-Jackson monument, near the Baltimore Museum of Art.

The event has drawn more attention in recent years, and local Quakers have helped organize silent protests for the past three years asking them to choose another weekend to honor the Confederate generals.

"Everyone has a right to free speech, but it's blatant racism," said Tessa Hill-Alsto, president of the local NAACP chapter.

Organizers said the event was not intended to “antagonize” anyone or protest King’s legacy, and they insisted they are not racists.

"Everyone should be proud of their ancestry," said Jay Barringer, a Maryland division commander of the Sons of Confederate Veterans.