Outrage after south Florida police use black mugshots as targets 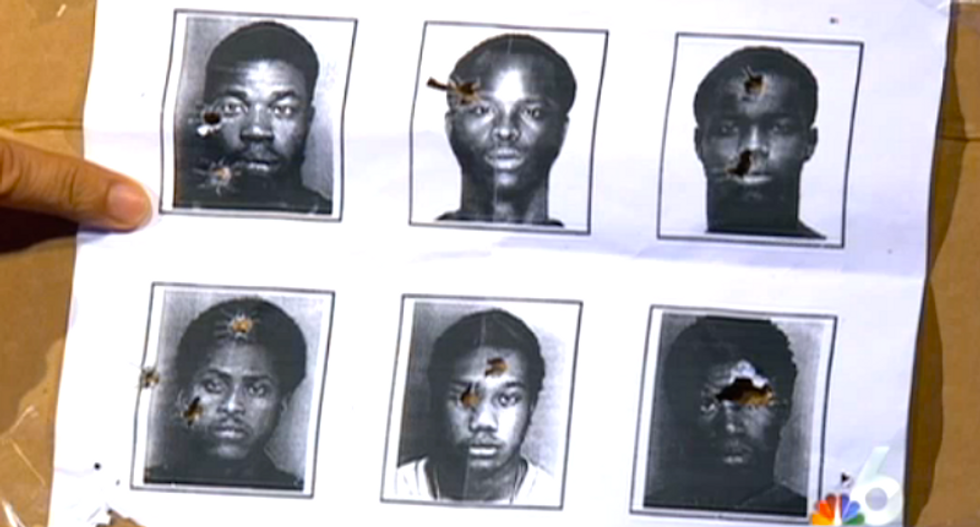 A Miami-area police department responded on Friday to public outrage over its snipers using photos of black suspects the agency had previously arrested for target practice, saying that photos of real people were often used for training.

The use of the mugshots was revealed to police leaders in late December after members of the Florida Army National Guard discovered the photos at a shooting range during their annual weapons qualifications training, according to the North Miami Beach Police Department and a Miami NBC affiliate.

"This is not a race issue. There was no mal-intent or prejudice involved," a police statement said.

The department said the mugshots were those of suspects arrested more than a decade ago, and that photos of real people were often used during sniper training to simulate real life.

Woody Deant, whose mugshot from 15 years ago was among those used, was shocked to learn that police were using a picture of his face for target practice, according to broadcaster NBC 6.

"The picture actually has like bullet holes,” Deant told NBC 6. "One in my forehead and one in my eye."

"I was speechless," he said.

North Miami Beach Police Chief J. Scott Dennis said in a statement sniper training was suspended and an investigation was launched two hours after he learned of the incident on Dec. 22. No disciplinary action will be taken, he said.

"The North Miami Beach Police Department recognizes how, taken out of context, it may appear to be offensive," Dennis said. The statement noted that only two of the department's 95 officers are snipers.

Nevertheless the incident has struck a nerve in south Florida, where police departments have faced criticism over shootings and treating suspects harshly.

"We see this act as a symptom of a larger systemic issue that devalues black and brown lives," said Muhammed Malik, a member of the Miami Committee on State Violence.

The committee in early December led hundreds of activists in shutting down a major Miami highway to protest against the deaths of unarmed black men Michael Brown of Ferguson, Missouri, Eric Garner of New York, and Israel Hernandez-Llach of Miami.

Hernandez-Llach, an 18-year-old street artist known as “Reefa,” died in August 2013 after police discovered him spray painting the side of an abandoned building and shocked him with a stun gun.