Paul Ryan says he won't run for president in 2016 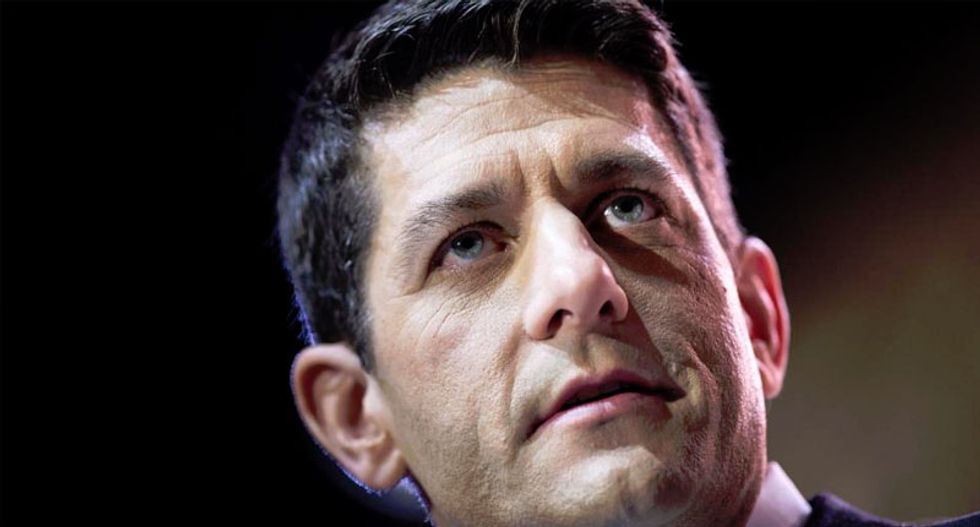 Republican US congressman Paul Ryan, the 2012 vice presidential nominee, said Monday he will not run for president in 2016.

"After giving it a lot of thought, I've decided not to run for president," Ryan said in a statement.

"It's clear our country needs a change in direction. And our party has a responsibility to offer a real alternative," he added.

"So, I'm going to do what I can to lay out conservative solutions and to help our nominee lead us to victory."

Ryan earlier Monday told NBC News he was "at peace" with his decision to not seek the White House.

Ryan is the new head of the influential House Ways and Means Committee, a perch he has coveted for years, and he said in his statement that "my job as chairman deserves undivided attention."

The nine-term congressman's bowing out comes after his former partner on the ticket, 2012 Republican nominee Mitt Romney, told donors Friday that he was considering another White House run.

"It is no secret that I have always thought Mitt would make a great president," Ryan told NBC.

But he stressed he does not know what Romney's plans are for 2016, "and the last thing I want to do is get ahead of his own decision-making process."

He did not endorse any candidate but said there were several Republicans "who have every ability to become president."

The most notable Republican hopeful of the moment is Jeb Bush, son and brother to two former presidents, who announced in December he was actively considering a run, and who campaigned for Romney in 2012.

Ryan, 44, declined to rule out a future White House bid, saying he planned to "keep my options open."