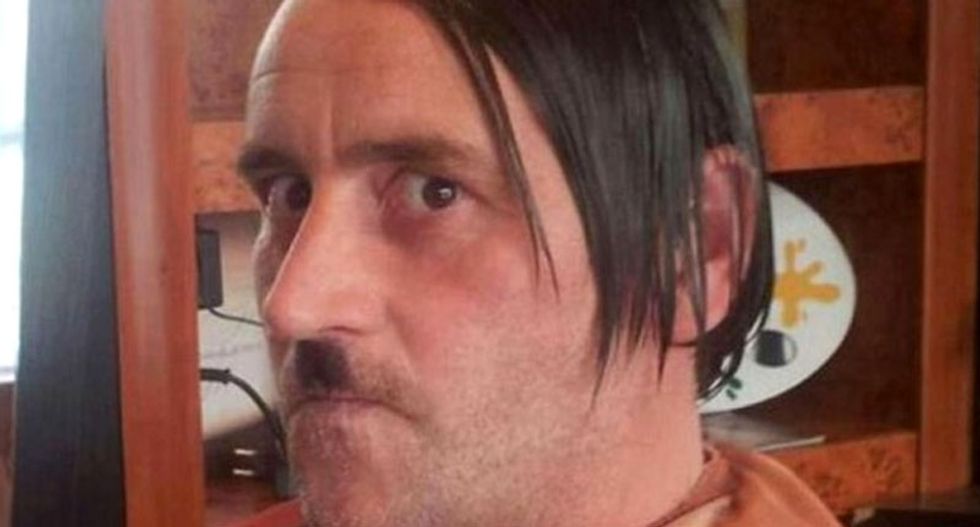 Lutz Bachmann, the founder of PEGIDA, poses as Hitler in photo (Facebook)

A photo of the founder of Germany's new anti-"Islamisation" movement showing him wearing an Adolf Hitler-like moustache and hair style surfaced in German media Wednesday.

It cited Bachmann himself as saying he had taken the picture, which shows him with a small black moustache and wet hair swept into a side-parting reminiscent of the Nazi leader, around the time of the publication of a bestselling satirical audiobook about Hitler entitled "He's Back".

The 41-year-old, who founded PEGIDA -- "Patriotic Europeans Against the Islamisation of the Occident" -- in October, posted the picture on Facebook long before he became publicly known, regional news outlet MOPO 24 said.

PEGIDA has held near weekly marches in the eastern city of Dresden that have grown over the past three months, voicing anger against Islam and "criminal asylum seekers".

MOPO 24 also claimed that comments under Bachmann's name had been posted in the past on Facebook referring to refugees as "beasts" and "filth".

Bild said he had not replied when asked if the comments came from him but had only said: "We no longer comment on private matters."

On Monday PEGIDA cancelled its evening march in Dresden after police banned all public open-air gatherings within city limits for the day, citing the "concrete threat" of an assassination attempt against the group's leaders.

The group, which had drawn 25,000 supporters to a march in the city the week before, has vowed to rally again next week.

Thousands of people, both for and against PEGIDA, are expected to turn out in the nearby city of Leipzig later Wednesday.