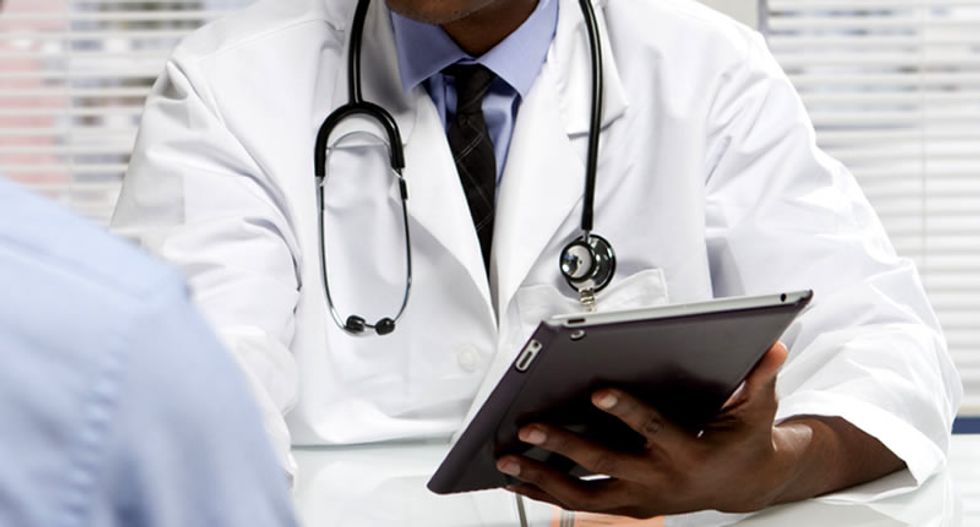 Doctor consulting with a patient (Shutterstock)

A 17-year-old boy in a white lab coat was detained by police on Tuesday after having spent a month posing as a doctor at St. Mary's Medical Center in West Palm Beach, Florida.

The Sun-Sentinal reports that the juvenile was detained while in a OB/GYN exam room wearing a St. Mary's lab coat with "anesthesiology" embroidered on it.

A security guard told authorities that the 17-year-old had been masquerading as a doctor for more than a month. A different security guard said that the juvenile had accessed many secured areas during his time at the hospital.

Police were alerted to his presence by a patient who said that "a young black man who appeared to be a child was dressed as a doctor" and had accompanied another doctor into a nearby examination room.

When police confronted him, he introduced himself as a doctor. As they questioned him, he repeatedly said that he had been a doctor "for years," and that his family would verify his claims.

According to The Smoking Gun, however, the boy's mother told police that her son is under psychiatric care but refuses to take his medication.

Watch a report via WPEC below.