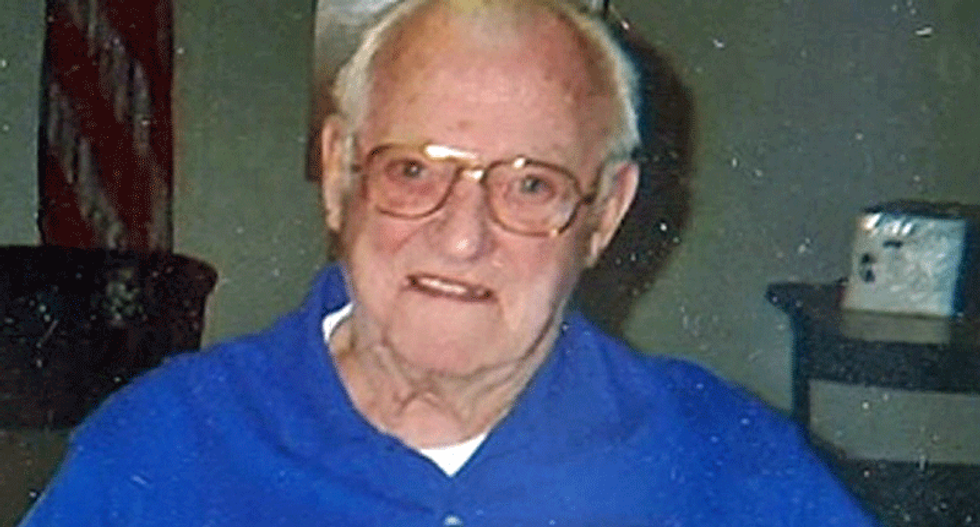 The Chicago-area police officer who fatally shot a 95-year-old World War Two vet with a bean bag gun feared for his life when he confronted the knife-wielding man at a nursing home, the officer's lawyer told a court on Friday.

In closing arguments, prosecutors told the court in the Chicago suburb of Markham that Craig Taylor, 44, an officer in the suburb of Park Forest, could have found a more peaceful way to defuse the situation and should be found guilty of reckless conduct in the 2013 death of John Wrana, Jr.

"John Wrana was absolutely not an imminent threat," the state argued, but "a confused old man." He had been shot with five bean bag rounds at a distance of five to six feet, with experts saying the rounds traveled about 190 miles per hour.

If convicted, Taylor, who was in the company of other officers when he fired a shotgun loaded with bean bag rounds, faces up to three years' imprisonment.

The case comes at a time of increased national scrutiny of police use of force. The fatal shooting of Michael Brown in Ferguson, Missouri, and the choking death of Eric Garner in New York led to nationwide protests.

In both those cases, the police officers involved, who are white, were not charged in the deaths of unarmed black men. In the Wrana case, the officer is black and the victim was white.

Cook County Circuit Court Judge Luciano Panici said he would consider the arguments and render a verdict on Feb. 6.

Defense attorneys said Wrana had been advancing at the police with a knife the four times they opened the door to his room and had threatened to kill people throughout the day.

Defense lawyers said a doctor had ordered Wrana to be hospitalized and leaving him alone was not an option, adding there was no evidence that Taylor acted unreasonably or recklessly.

Wren's family, who sued the Park Forest police in federal court, has said Wrana had not been a threat to anyone and was simply refusing to be taken to a hospital. The lawsuit said the center's staff believed Wrana was suffering from symptoms of a possible urinary tract infection, including a sudden onset of strange behavior.