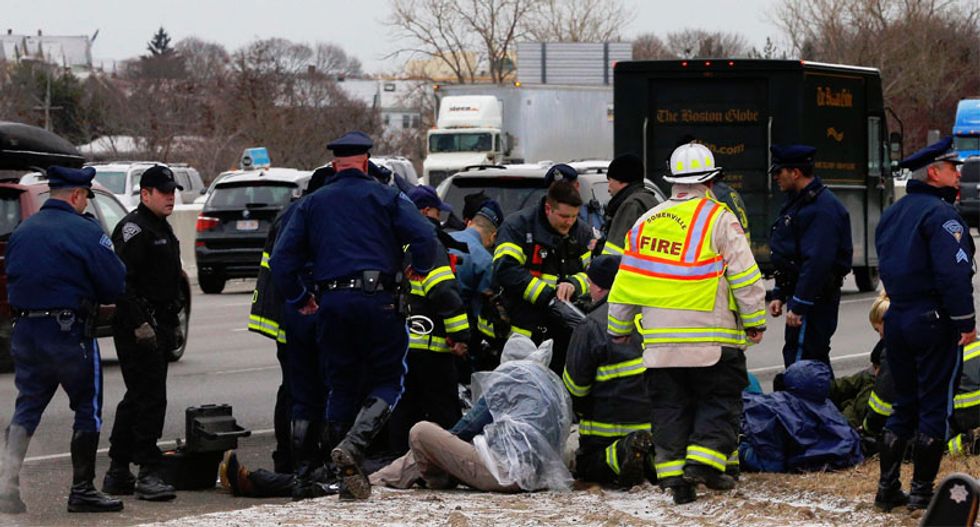 About 17 protesters were arrested by Massachusetts State Police after they stopped traffic in Somerville, just north of Boston, during the morning rush hour, while some members of a separate group blocked the roadway south of the city.

"Our nonviolent direct action is meant to expose the reality that Boston is a city where white commuters and students use the city and leave, while black and brown communities are targeted by police, exploited, and displaced," said organizer Katie Seitz, in a statement.

A wave of sometimes violent protests spread across the United States last year after grand juries in New York and Missouri declined to bring criminal charges against white police officers in the killing of unarmed black men.