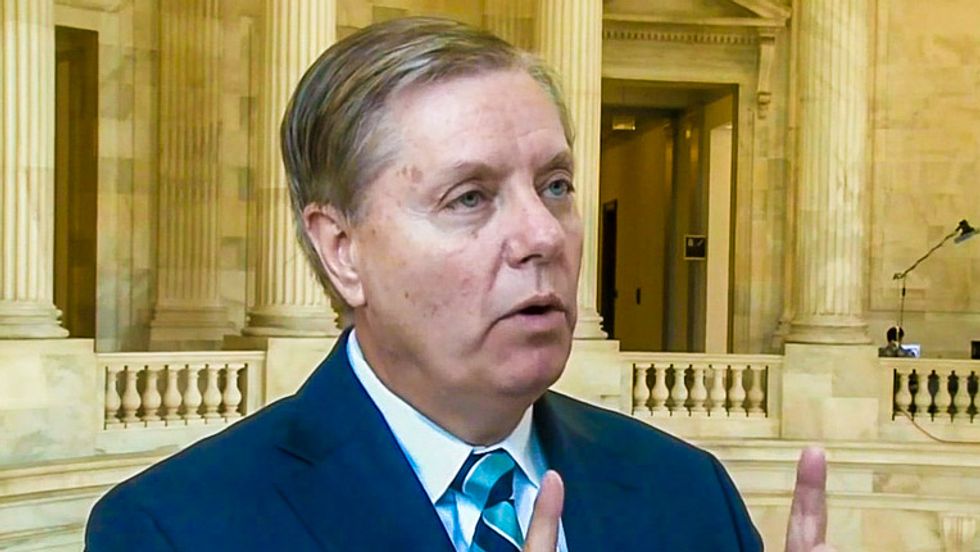 U.S. Republican Senator Lindsey Graham, a leading congressional voice on foreign relations, said on Sunday he had formed a committee to look into the possibility of running for president in 2016.

Graham, who has represented South Carolina in Congress since 1995, was asked on NBC's "Meet the Press" program about reports that he was having polls conducted to determine his chances.

"We're not polling but we set up a testing-the-waters committee ... that will allow me to look beyond South Carolina to whether or not a guy like Lindsey Graham has a viable path," he said.

"I don't know where this will go but I'm definitely going to look at it. I think the world is falling apart and I've been right more than wrong when it comes to foreign policy, but we'll see."

Last week Senator John McCain, the unsuccessful Republican presidential nominee in 2008, said he was encouraging his close friend to run and joked that Graham was his illegitimate son.

"The good news is that I guess I'm in John's will and can get part of the estate," Graham said.

Graham has a reputation as being hawkish on military intervention abroad but has also come under fire from the Republican Party's more conservative factions for working with Democrats on issues such as immigration and climate change.