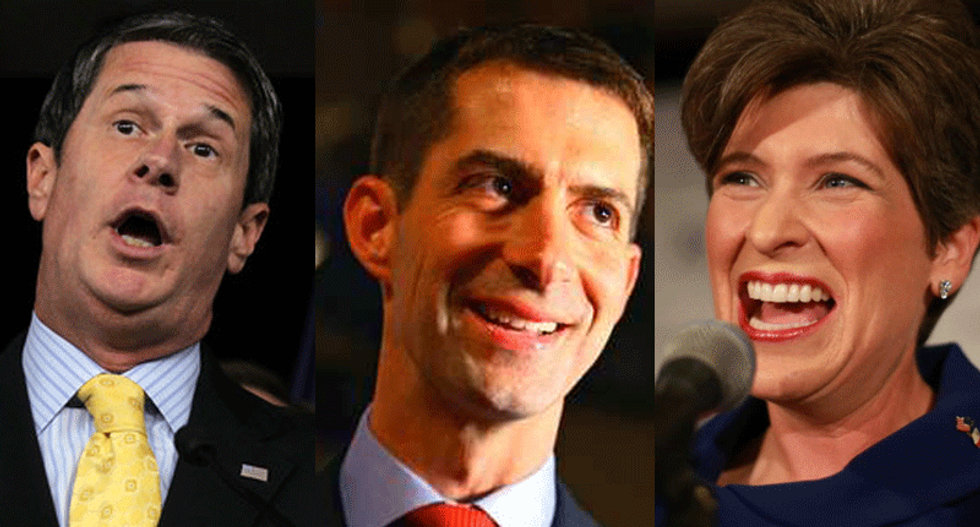 For those who dream of a United States in which women are not allowed to have an abortion, 2015 seems to be starting on a good note.

Both houses of Congress are now run by Republicans, who come in with a spate of bills aimed at limiting access to abortion and crippling the constitutional rights offered by Roe v Wade.

“It is very clear that pro-life legislators and people running for office are on the offense, and our opponents are on the defense,” said Marjorie Dannenfelser, president of the Susan B Anthony List , an anti-abortion group that works to elect candidates.

Dannenfelser said that at the National Press Club in Washington DC on Thursday, one day after Planned Parenthood president, Cecile Richards, stood in the same building and said that the new Congress and “too many state legislatures” are attacking women’s rights to make their own health decisions.

Perhaps the most prominent of the anti-abortion bills on Congress’s slate is the Pain-Capable Unborn Child Protection Act, which calls for a ban on abortions after 20 weeks of pregnancy. The bill failed in the Senate last year, but it is being reintroduced next week, and it will easily pass the House and now has strong support in the Senate.

The Pain-Capable Unborn Child Protection Act is being re-introduced on 22 January. That same day, March for Life will hold its annual rally in Washington DC as others celebrate the 42nd anniversary of the supreme court’s Roe v Wade decision, which continues to offer women constitutional protection of their right to choose.

But this swell of anti-choice sentiment must face the man with the veto pen, President Barack Obama, who is pro-choice and whose White House has already issued veto threats on other issues in the first weeks of Congress.

SBA List said it and its partners spent more than $15m in the 2014 election to defeat pro-choice candidates and to elect those who are not. Dannenfelser said that the anti-abortion movement was empowered by the 2014 midterm election and is trying to capitalize on its successes there to make it a wedge issue for voting groups including Hispanics, Catholics and women. “It will continue to increasingly be the winning margin in elections if we put our will to it, which we will,” Dannenfelser said.

Talcott Camp, deputy director of the ACLU’s Reproductive Freedom Project, said that the landscape for women’s health laws in the US is “very worrisome”, but takes comfort in the fact that “There’s still someone supportive of women’s decisions in the White House.”

The other anti-abortion bills introduced in Congress so far are unlikely to drum up widespread support.

Senator David Vitter, a Louisiana Republican, introduced four bills that would, if passed, contain provisions including requiring abortion providers to have admitting privileges to a local hospital; banning abortions performed on the basis of gender and barring Planned Parenthood from receiving federal money.

Even if bills like the Pain-Capable Unborn Child Protection Act and Vitter’s proposed measures never pass, they may still be accomplishing something for the anti-abortion movement.

“It has this effect on people thinking of abortion as separate from women’s reproductive healthcare,” said Lee Hasselbacher, policy coordinator for the Section of Family Planning & Contraceptive Research at the University of Chicago . “When really it’s the same women who are coming to get contraception, may come for an abortion, but then they may come back two years later for prenatal care for their wanted pregnancy.”

She said when abortion becomes separated from women’s healthcare it stigmatizes the process for women and their providers. Hasselbacher is optimistic that this is changing and is encouraged by other new policies that contribute to improved reproductive health care, including changing contraceptive laws and the fight for paid parental leave.

At least one representative of Congress is trying to steer the conversation in that direction. Democratic representative Rosa DeLauro, of Connecticut, told Politico that regulating abortion is beyond Congress’s duties.

“The role of Congress should not be to deny women a medical procedure that they have decided with their physician is the right course of action,” DeLauro said. “What Congress should be doing is working every day to reduce unintended pregnancies and keep women healthy.”