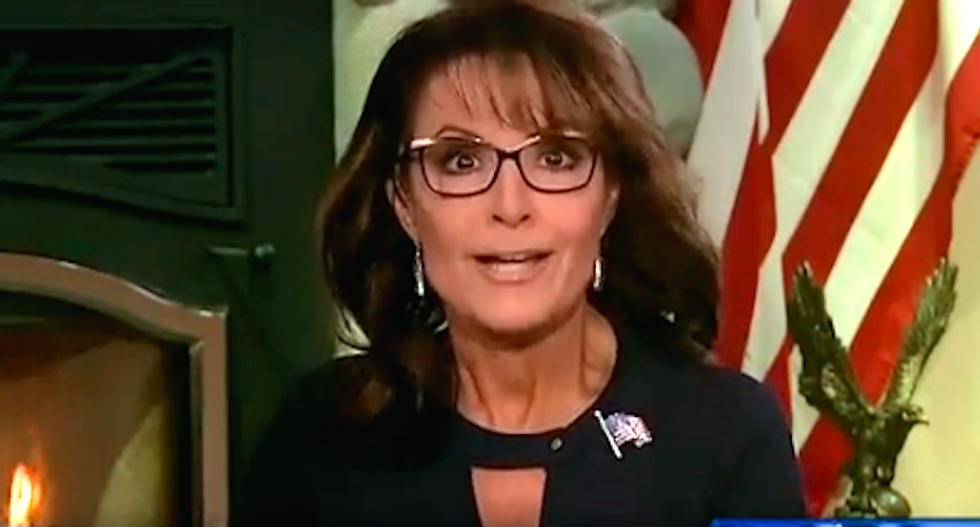 Sarah Palin complained that “quasi-right” media figures weren’t uniting behind conservative potential presidential candidates like herself after Bill O’Reilly joked about her during a promo.

The Fox News host suggested Tuesday that Palin, Donald Trump, and Chris Christie were not serious candidates in the 2016 White House race.

“Wow, talk about a reality show,” a smirking O’Reilly said.

He said during his program later that evening that Palin and Trump would have difficulty putting together a serious national organization like the other candidates, reported Mediaite.

Palin, a Fox News contributor and host of the reality shows “Amazing America” and “Sarah Palin’s Alaska,” complained afterward during an appearance on “The Sean Hannity Show” that conservatives should rally around any candidate considering a bid for the Republican nomination.

“Knowing what the media is going to do, it’s going to take more than a village to beat Hillary (Clinton),” she said. “There needs to be unity, understanding that conservatives have that strike against us right off the bat -- that being the media.”

“Even there on Fox, kind of a quasi- or assumed conservative outlet,” Palin continued, “we have all day listening to the tease with Bill O’Reilly’s, he’s talking about the guests on his show tonight, or the commentary on his show, and that would be, ‘Oh, all these GOP contenders thinking about running like Donald Trump, Sarah Palin,’ and he names them off – he says, ‘Oh, what a reality show that would be, yuck-yuck.’”

Palin, the former half-term governor of Alaska and 2008 vice-presidential candidate, said “the left” doesn’t marginalize its own possible candidates.

“They take this serious, because this is war, and hopefully the media – even the quasi-right side of the media – won’t be looking at this as some kind of reality show, a joke, because they have theirs, they’re taking care of theirs fine,” she said.

“No, the people of America deserve the best, and competition through a GOP primary, whether a Bill O’Reilly or somebody else assumes it’s a reality show or not, they deserve that competition to surface the competitor who can take on Hillary or whomever it may be and win for this country,” Palin said.

Watch this clip of Palin's appearance on Hannity's show, posted online by YouPoliticsNews: