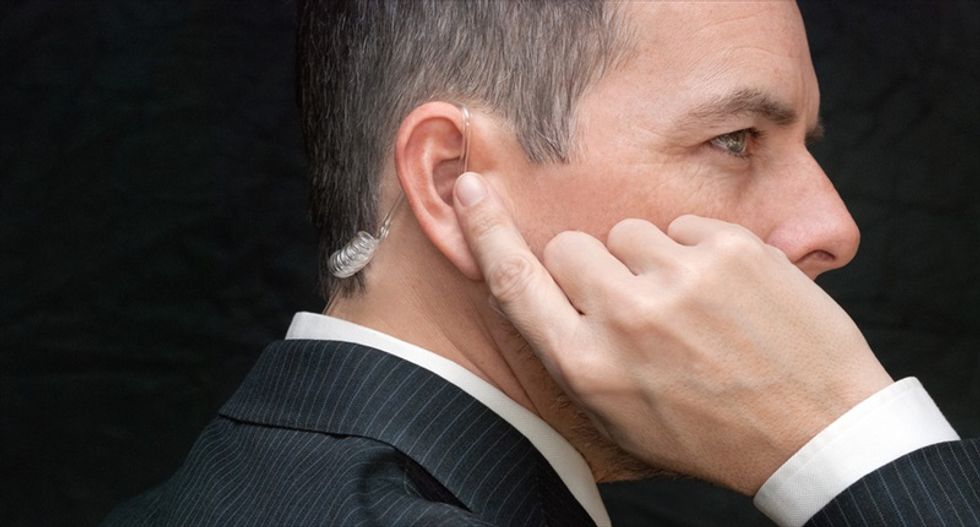 'A Secret Service Agent Listening To His Earpiece' [Shutterstock]

The U.S. Secret Service will remove four senior officials while another has opted to retire, the latest shake-up after a series of security lapses at the agency charged with protecting the president, an agency official said on Wednesday.

The official, speaking on condition of anonymity, confirmedActing Director Joseph Clancy had told the four assistant directors who oversee the agency's missions of protection, investigations, technology and public affairs that they must leave their jobs.

The departures represent a house-cleaning within top management. "Four assistant directors have been notified that they're being assigned to other positions," the official said.

Recent lapses by the agency include allowing a knife-carrying man to jump a fence and run into the White House last September in one of the worst security breaches since President Barack Obama took office in 2009.

Clancy told Congress in November he was seeking to establish a culture of trust within the Secret Service after replacing Julia Pierson, who resigned under fire as agency director on Oct. 1.

The assistant director in charge of Secret Service training, who also headed Obama’s protective detail, disclosed in recent weeks that he was retiring.

"Change is necessary to gain a fresh perspective on how we conduct business,” Clancy said in a statement. "I am certain any of our senior executives will be productive and valued assets either in other positions at the Secret Service or the (homeland security) department.”

Several other incidents have tarnished the agency's reputation.

In 2012, Secret Service agents sent to Colombia to prepare for Obama's arrival at a summit meeting capped a night of partying at strip clubs by taking several prostitutes back to their hotel.

Last March in Amsterdam, a Secret Service agent was found passed out drunk in an the hall of a hotel, where he was helping prepare for an Obama visit.

In 2011, after an Idaho man opened fire on the White House with a semi-automatic rifle from the street, no one realized the building had been hit by seven bullets until four days later when a housekeeper found a broken window and piece of concrete on a balcony.

On Nov. 19, Clancy, who formerly led Obama’s protective detail, told a congressional panel that a lack of trust had driven some employees to take concerns about internal problems to people outside the Secret Service rather than trusting their supervisors and agency leadership to confront issues head-on.

(Reporting by Jeff Mason; Writing by Will Dunham; Editing by Peter Cooney and David Gregorio)