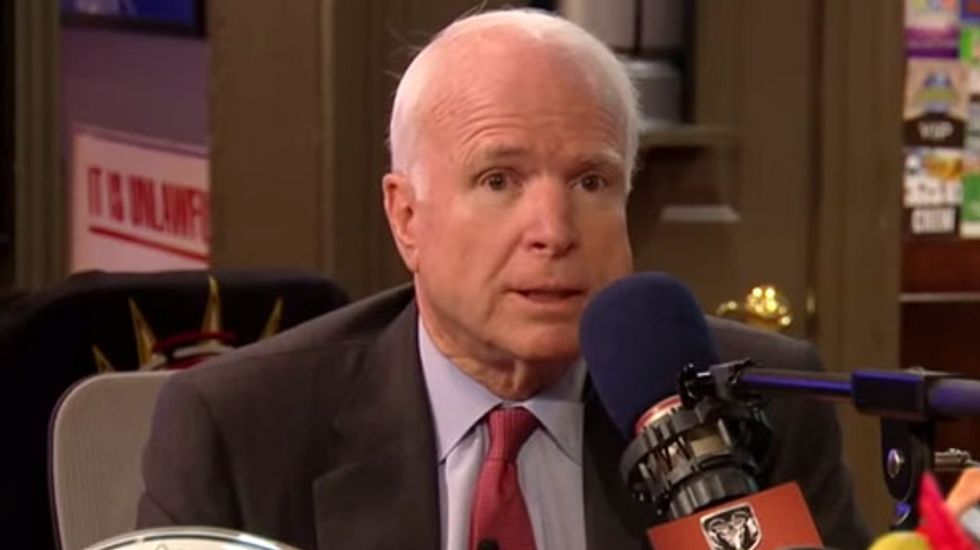 Several U.S. Republican senators proposed legislation on Tuesday that would place a moratorium on the release of most of the prisoners held at Guantanamo Bay, Cuba, saying they posed too much danger to the United States and its allies.

"It's clear that we need a 'time out' so that we do not re-confront the terrorists that we had captured and are currently in Guantanamo," said Senator Kelly Ayotte from New Hampshire.

She said the legislation would put a two-year moratorium on the transfer of "medium- and high-risk detainees" from the facility, which she said were the overwhelming majority of the 127 prisoners still there. The bill would also prohibit transfer of any prisoners from Guantanamo to Yemen for two years.

The prison at the U.S. naval base in Cuba was opened in January 2002 to house suspected militants. President Barack Obama has pledged to close it but he already faces obstacles posed by Congress, not least of which is a ban on transfer of prisoners to the U.S. mainland.

The Obama administration moved 28 prisoners out of Guantanamo Bay in 2014, the largest number since 2009, and further transfers are expected in coming weeks. But Congress is making it hard, the White House said on Tuesday.

"It will be very, very difficult for us to achieve that goal (closing the prison) before the president leaves office as long as Congress continues to block that path," White House spokesman Josh Earnest said.

Senate Armed Services Committee Chairman John McCain from Arizona said his committee would take up the new legislation, which is likely to gain considerable support in the new Republican-majority Congress.

"We know for a fact that roughly 30 percent of those who have been released have re-entered the fight," McCain said, speaking at the news conference with Ayotte.

An administration official disputed that figure as conflating vastly different categories of "suspected" and "confirmed" cases of returns by detainees to terrorist activity. That created a "damaging misperception" about the rate of re-engagement of former detainees on the battlefield.

"Over 90 percent of the Guantanamo detainees transferred during this administration are neither confirmed nor even suspected of having reengaged in any terrorist or other hostile activity," the official said. Nearly half of those suspected of "re-engaging" are either dead or in custody, he said.

Explaining the proposed ban on repatriation to Yemen, Ayotte referred to the recent deadly attack on French satirical weekly Charlie Hebdo. One of two brothers who carried out the attack had traveled to Yemen in 2011 for weapons training, a French official said this week.

With such connections, "the last thing we should be doing is transferring detainees from Guantanamo to a country like Yemen," Ayotte said. More than half the remaining Guantanamo detainees are from Yemen.