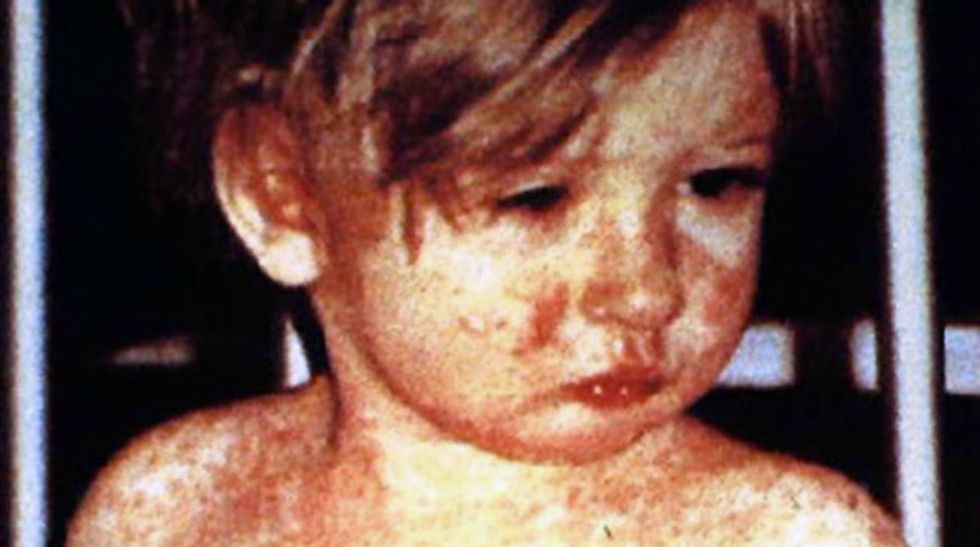 Travel north to south in Orange County, a coastal strip of 34 cities in southern California which includes Disneyland, and the growing size and opulence of the houses show people getting richer.

Trawl medical records, and you notice something else: children getting fewer vaccinations.

“The rate of immunisation falls as you go north to south. It tracks the socio-economic statistics in the county,” said Matt Zahn, medical director of Epidemiology and Assessment for the Orange County Health Care Agency.

At Capistrano Unified school district, for instance, there was a 9.5% rate of children not fully vaccinated because of parents’ beliefs. At the nearby, poorer Santa Ana Unified district, in contrast,only 0.2% of kindergartners had exemptions on file .

A measles outbreak at Disneyland , stemming from an unvaccinated young woman dubbed patient zero, has shone a light on such dichotomies. Officials have confirmed at least 32 cases, almost all of them unvaccinated.

It is a strange first-world irony that wealthier, better-educated parents are the ones reducing infant vaccination rates, said Zahn. “Many people in this country have never seen a case of measles,” he said. “We’re a victim of our own success.”

The outbreak has triggered recrimination towards an eclectic group of activists who are accused of sabotaging immunisation campaigns by peddling medical myths.

“If we get to a few thousand cases in this country we’ll start seeing deaths. That’s unconscionable,” said Paul Offit, chief of infectious diseases at Children’s Hospital of Philadelphia.

Patient zero became sick and contagious on 28 December, while at Disneyland. She flew to Snohomish County in Washington state for a few days, then returned to Orange County on 3 January. Health officials announced the outbreak on 7 January.

Her proximity to crowds at the theme park and airports and on planes helped spread the the extremely contagious virus: state health departments in Colorado, Utah and Washington have confirmed cases.

The Centers for Disease Control and Prevention (CDC) calls measles, a virus that lives in the nose and throat, the “most deadly of all childhood rash/fever illnesses”. About 90% of those who are not immune will become infected if they come close to an infected person, according to the CDC.

An estimated 20 million people worldwide contract measles each year. In the US, the CDC typically expects only 220 cases. Last year there were 644, a nearly two-decade high.

Measles vaccines are said to be 99% effective but anti-vaccine sentiment is growing in the US, especially in wealthy areas. In California more than 150 schools have exemption rates of 8% or higher for at least one vaccine. All are in areas with incomes averaging $94,500, nearly 60% higher than the county median, according to a Los Angeles Times study last year .

The virus’s relatively low prevalence in the US has emboldened parents to eliminate or delay children’s vaccinations, said Zahn, because they assume the risk of infection is negligible thanks to widespread vaccinations. “You’re riding on the immunisation rates in your community,” he said.

If enough parents do it, the system breaks down. But increasing numbers appear to be doing so over concerns about vaccine safety.

A debunked and withdrawn 1998 Lancet report linking vaccines to autism still lingers in some parents’ minds along with other worries, such as overloading a child’s immune system with multiple, simultaneous vaccinations – a concern lacking scientific basis, said Zahn.

High-profile opponents of existing protocols include the actor Jenny McCarthy, the non-profit National Vaccine Information Center and an Orange County doctor, Bob Sears, who is famous for authoring The Vaccine Book: Making the Right Decision for Your Child, which has sold hundreds of thousands of copies since 2007.

Sears declined an interview request for this article but directed the Guardian to a Facebook blog in which he played down the gravity of the latest outbreak, saying complications from measles were treatable and that the risk of fatalities in the US was close to zero.

Officials needlessly fanned anxiety about measles by giving “just the part of the truth that they want you to believe”, he wrote. “Don’t let anyone tell you you should live in fear of it. Let’s handle it calmly and without fear or blame.”

Offit, who battled a measles epidemic in Philadelphia in 1991, accused Sears of recklessness, ignorance and doing harm.

“In an ideal world, which this is not, he would be censured by the Californian medical state licensing board, by a medical ethics board, by the American Academy of Pediatrics,” he said. “I find it unconscionable that a man in his position puts out incorrect information about measles.”

Offit assailed Sears in a 2009 article for the official journal of the American Academy of Pediatrics.

Sears declined to respond to the accusations and pointed the Guardian to his published response to Offit.

On Friday, the LA Times published an editorial and letters excoriating the anti-vaccine movement.