Sorry, conservatives, having liberals laugh at you is not the same as being shot in the head 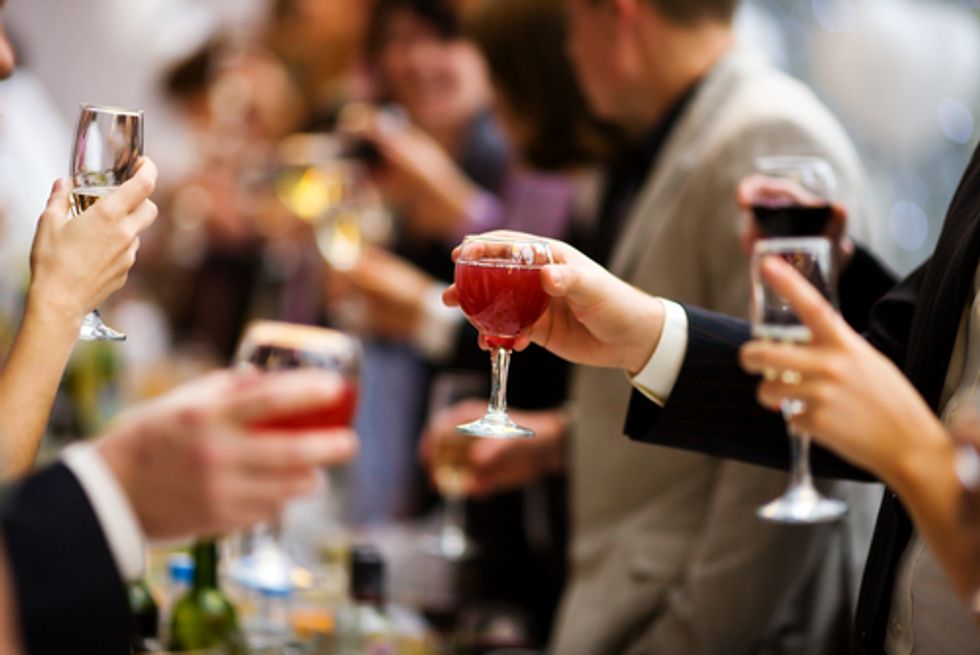 Being uninvited may suck, but it's not the same as being shot in the head.

It was really only a matter of time before conservatives were unable to let a bunch of dead French people---French people!---continue to hold the mantle of "victim" after the Charlie Hebdo attack, when we all know that the real victims of everything all the time are conservative Americans. And so (hat tip Roy Edroso) National Review writer Matthew Continetti has stepped up to the plate, explaining that while he is very sad about the dead people, it's time now to start talking about the real problems facing society, namely that conservatives don't get invited to nearly enough dinner parties with the cool kids. Let's have some fun with false equivalence, kids!

Indeed, the outpouring of support for free speech in the aftermath of the Paris attack coincides with, and partially obscures, the degradation of speech rights in the West. Commencement last year was marked by universities’ revoking of appearances by speakers Condoleezza Rice and Ayaan Hirsi Ali for no other reason than that mobs disagreed with the speakers’ points of view. I do not recall liberals rallying behind Condi and Hirsi Ali then.

Being able to be paid thousands of dollars to bore a bunch of college kids is a conservative right, y'all, and depriving them of it, even temporarily, is the moral equivalent of shooting a Frenchman in the head over a cartoon.

Nor do I recall liberals standing up for the critics of global warming and evolutionary theory, of same-sex marriage and trans rights and women in combat, of riots in Ferguson and of Obama’s decision to amnesty millions of illegal immigrants. On the contrary: To dissent from the politically correct and conventional and fashionable is to invite rebuke, disdain, expulsion from polite society, to court the label of Islamophobe or denier or bigot or cisnormative or misogynist or racist or carrier of privilege and irredeemable micro-aggressor. For the right to offend to have any meaning, however, it cannot be limited to theistic religions. You must have the right to offend secular humanists, too.

And thus with the dinner parties. If you do not want some idiot ruining your dinner party by going on and on with his lies about global warming or telling your gay friends they are sinners, then you are doing the equivalent of shooting a Frenchman in the head over a cartoon. There's actually a deep irony here. Like the terrorists who think that they have a "right" not to be mocked by cartoons, Continetti is arguing that conservatives have a "right"  not to be mocked for saying hateful, foolish, or evil things. It is truly a masterpiece of double think. He's literally arguing that because liberals stand up for the right to free speech, we should censor criticisms of conservatives because they are too delicate to handle free speech. It's mind-bending.

You will not be surprised to note that while Continetti works up a healthy mouth-froth over the fact that Mozilla pressured Brendan Eich to resign over his anti-gay activism, he doesn't castigate his fellow conservatives for hounding yours truly in the press for weeks back in 2007, when conservatives managed to make a national scandal over the fact that I had written something blasphemous about the Virgin Mary. (Specifically, "What if Mary had taken Plan B after the Lord filled her with his hot, white, sticky Holy Spirit?" and "You’d have to justify your misogyny with another ancient mythology." See, it was funny!) Which is interesting, since his argument---that opposition to shooting people in the head over blasphemy should naturally translate into opposition to criticizing people or even firing them over what they said---much more closely applies to my case than Eich's. After all, mine was strictly a speech issue, whereas Eich donated money. And I, like the folks at Charlie Hebdo, was castigated for making fun of a deity that a lot of people take really seriously, whereas Eich was attacking real people. If you really want to draw lessons about not being mean to people who commit blasphemy, by god, isn't my case much stronger than Eich's?

Oh wait, the people who attacked me for blasphemy are the ones who suddenly discovered they love blasphemy and will no doubt forget their sudden pro-blasphemy sentiment the second someone blasphemes Christianity again. So yeah, I can see why he's ignoring it. Because this was never about intellectual honesty, but about stoking the idiotic conservative belief that they're the greatest victims of all time because liberals don't invite them to our dinner parties, which is a shame because even conservatives know the company is better.

To be clear, I'm also not comparing my fate to the victims of the Paris terrorist attack. I'm fine. They are dead. But I know the difference and am not even about to say the situations are the same. Just calling out conservatives for pretzel logic and hypocrisy here.