Supreme Court rejects appeals by Halliburton, KBR over conduct in Iraq and Afghanistan 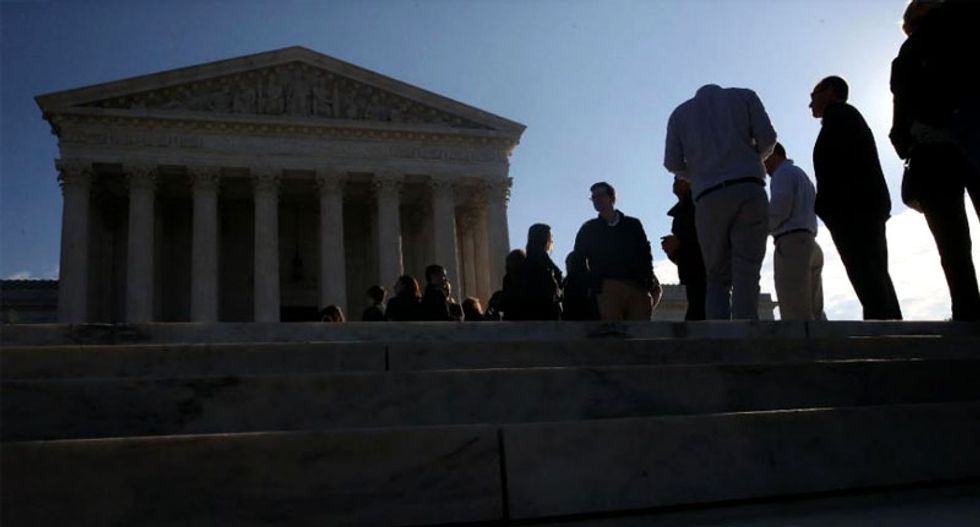 People stand in line to enter the US Supreme Court building on Nov. 12, 2014 in Washington, DC (AFP)

The U.S. Supreme Court on Tuesday allowed lawsuits to move forward against government contractors in Iraq and Afghanistan by declining to hear appeals filed by KBR Inc and Halliburton Co.

One lawsuit was brought by the family of U.S. Staff Sergeant Ryan Maseth, who died in 2008 after being electrocuted in his barracks in Iraq. The second was brought by a group of plaintiffs, mainly service members, who said they were injured by smoke from open-air “burn pits” used for waste disposal.

The third lawsuit was brought by soldiers from both the U.S. and Britain who say they were exposed to a potentially dangerous chemical, sodium dichromate, while serving at the Qarmat Ali water treatment facility in southern Iraq.

There are a series of cases against private contractors concerning their liability for actions that took place in Iraq and Afghanistan. Plaintiffs sue companies because the U.S. military generally cannot be sued over such issues. Courts have struggled over whether to allow the lawsuits to proceed.

In the Maseth case, KBR was responsible for maintaining the facility where the soldier died. Likewise, KBR oversaw the Qarmat Ali facility.

The burn pits case concerns KBR and Halliburton’s liability over waste disposal services they provided to the U.S. military in Afghanistan and Iraq. KBR was part of Halliburton until it was spun off in 2007. The plaintiffs say they were injured because the companies did not follow correct procedures.

Both companies say they should not be liable, in part due to their unique role as contractors for the military in sensitive situations overseas.