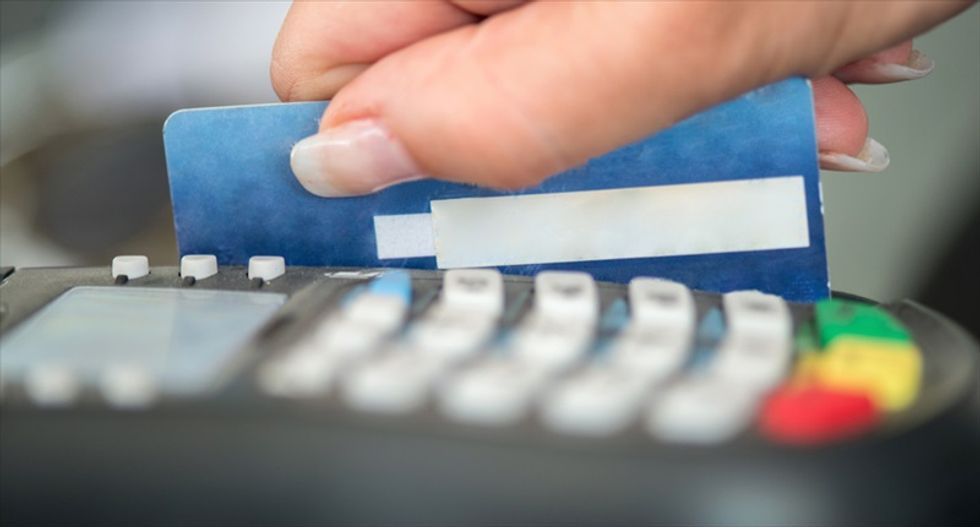 The U.S. Supreme Court on Tuesday declined to hear a challenge to controversial debit card "swipe fee" rules, dealing a blow to retailers, grocers and restaurant owners who argued the charges were unfairly high.

Businesses pay the fees to banks when customers use debit cards to purchase goods or services. The fees reimburse banks for costs involved in offering debit cards.

The high court's refusal to hear the case keeps intact a March 2014 ruling by the U.S. Court of Appeals for the District of Columbia Circuit that found the fees set by the Federal Reserve at 21 cents per transaction were appropriate.

The dispute between banks and merchants centers around swipe, or interchange, fees that are determined by Visa Inc , MasterCard Inc and other card networks.

Before Congress intervened, retailers paid as much as 44 cents per transaction, which they said made it hard for small businesses to accept debit cards.

In 2010, lawmakers ordered the Fed to cap the fees in hopes that would reduce prices for consumers. Banks said lower fees might not cover all of the costs in providing cards, such as monitoring for fraudulent purchases.

"Consumers must come first in this process, not the bottom-line of retailers," said Richard Hunt, president of the Consumer Bankers Association. "This drawn-out fight should put on notice those members of Congress who insist upon interfering with the free market."

The fee cap was included in the 2010 Dodd-Frank law in a provision known as the "Durbin amendment," after its chief supporter, Democratic Senator Richard Durbin of Illinois. After the law passed, the Fed capped fees at 21 cents per transaction.

The National Retail Federation, whose members include Wal-Mart and JCPenney, the National Restaurant Association and other groups were expecting a much lower cap. They criticized the Fed's interpretation of Dodd-Frank and, in 2011, sued the regulator.

A U.S. district court in July 2013 agreed that lawmakers wanted much lower fees and overturned the Fed's rule.

But the appeals court disagreed, saying in 2014 that Dodd-Frank's language was sufficiently ambiguous to give regulators leeway to set a higher fee cap.

The high court's decision not to hear the case "means retailers will keep paying billions of dollars more than they should, and that fee-hungry banks will continue to rake in unearned profits that ultimately come out of consumers’ pockets," said the National Retail Federation's general counsel, Mallory Duncan.

The case is NACS v. Board of Governors of the Federal Reserve System, U.S. Supreme Court, No. 14-200.

(Reporting by Lawrence Hurley and Emily Stephenson; Editing by Will Dunham)