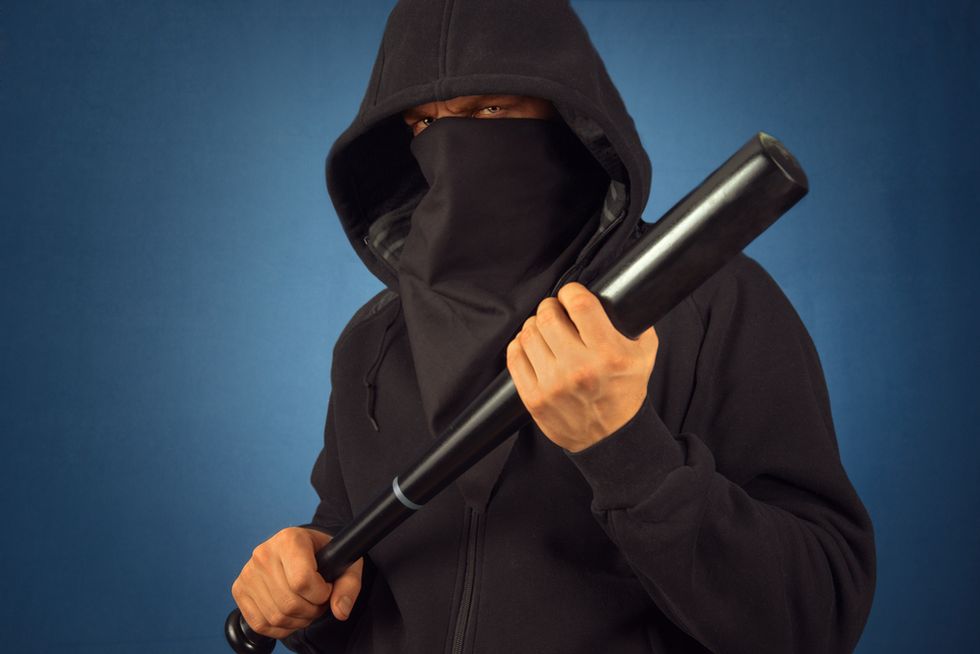 [image of masked man with baseball bat via Shutterstock.com]

A Tennessee man was arrested over the weekend after he beat a Florida woman because he said that he loved her.

According to WPLG, the 63-year-old woman was in her Islamorada apartment early Sunday morning when a man knocked at her back door.

She told Monroe County Sheriff’s Office deputies that when she opened her door, she saw 66-year-old William Roberts of Tennessee wearing only underwear and a sweater that he had stolen from her car.

Sheriff’s spokesperson Becky Herrin said that when the man began beating the woman with a stick, she asked why he was doing it. And he allegedly told her that he was doing it because he loved her.

The woman tore at the man's sweater as she struggled to get away. Eventually he backed away from her, allowing the victim to run back inside her apartment and call police.

The victim later said that she had never met Roberts before.

Roberts was arrested on charges of aggravated battery and burglary of a vehicle.