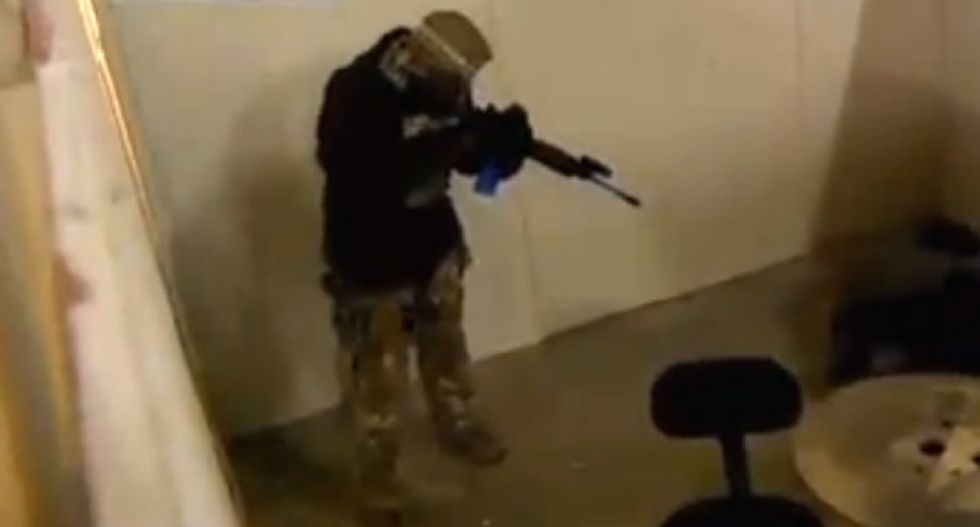 Over the weekend, a Texas gun rights group repeatedly reenacted the Charlie Hebdo massacre in order to determine whether it could have been prevented if one of the editors or cartoonists had been armed, CBS DFW reports.

Members of the group, "The Truth About Guns," recreated the Hebdo offices, then took turns playing the role of the "armed civilian" in the scenario.

Another volunteer, Parks Matthew, said he "still got killed, but did better than I thought I would."

His "death" would not, however, deter him from acting in a situation with an actual hostile shooter. "If I’m in a movie theater and someone pulls a gun, what am I going to do?" he asked.

"I know now I’m not gonna just fall on my kids and protect them, I need to advance on the threat."

It has not, however, updated its Facebook page with the results of it as of this writing.

Watch a report on the simulation via CBS DFW below.