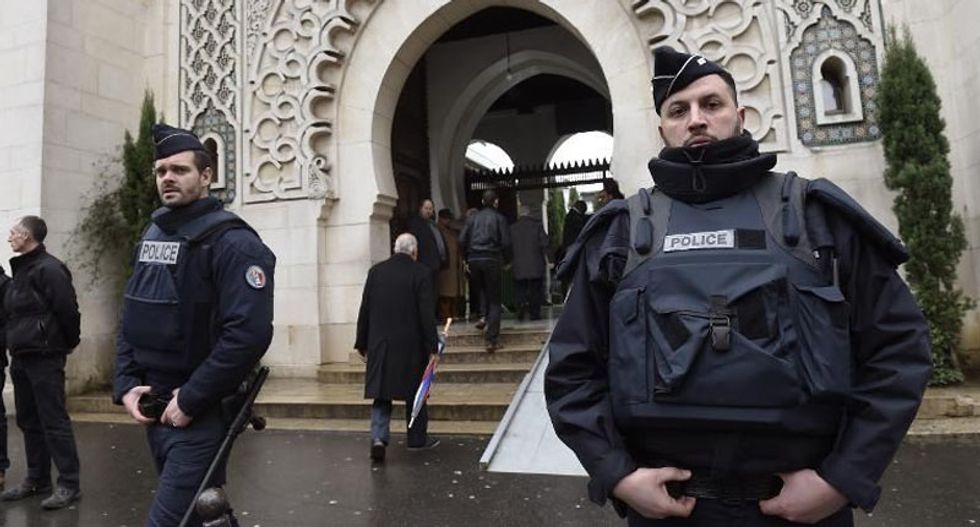 Muslims in France and the French host population are locked in a discriminatory equilibrium. This is the conclusion, summarized in our soon-to-be published book, of a six-year research program that investigates whether and why Muslims are discriminated against in France.

In 2009, we organized behavioral games in Paris in which “rooted” French (French with no recent immigrant background) interacted with Muslim and Christian immigrants. With the exception of their religion, these Muslim and Christian immigrants were similar. They hail from the same two ethnic groups and the same socio-economic class in Senegal and migrated to France at the same time (the 1970s) and for the same economic reasons.

Our behavioral games allowed us to compare the level of trust and altruism that rooted French exhibit toward Muslim immigrants and their Christian counterparts by having them play simultaneously a trust game and a dictator game.

Our results show that, while the rooted French do not distrust Muslims any more than Christians, they are less altruistic toward Muslims.

Put differently, rooted French discriminate in a “non rational” manner against Muslims. When given a common task, they are less cooperative toward Muslims (particularly those with recognizably Muslim names) even when they do not expect any particular hostility from the Muslims with whom they interact.

Moreover, while increasing the proportion of Muslims in French society might reduce such prejudice due to increased opportunity for interaction, our results suggest the opposite.

When we increased the proportion of Muslims in our game environment there were measurable signs that the discriminatory attitudes of the rooted French were heightened. The expected increase of the Muslim population in France (from 7.5% in 2010 to 10.3% in 2030), our research suggests, will not improve anti-Muslim prejudice, other factors remaining constant.

Discrimination evident in the workplace

The anti-Muslim discrimination we reveal is not confined to the lab.

We accompanied our behavioral games with a correspondence test comparing responses to a Senegalese Christian (Marie Diouf) and to a Senegalese Muslim (Khadija Diouf) job applicant who submitted the exact same CVs, with two differences only: one job and one volunteer experience.

One of Khadija’s past positions was with Secours Islamique (Islamic Relief) and one of Marie’s was with Secours Catholique (Catholic relief). Also, Khadija did voluntary work for the Scouts Musulmans de France, whereas Marie did the same for the comparable Catholic organization, Scouts et Guides de France.

Our findings reveal that a job applicant in France is 2.5 times less likely to receive a job interview callback when she is perceived as Muslim instead of Christian by the employer.

What about religious norms?

Is there a factual basis for the sense of cultural threat rooted French experience when interacting with Muslims?

But Muslims are distinctive in other ways also.

Steven Fish’s work showed that Muslims are more likely to agree that “a university education is more important for a boy than for a girl,“ to think that “when jobs are scarce, men should have more rights to a job than women” and to support the idea that “men make better political leaders than women do.”

Our research confirms that Muslim immigrants in France differ from their Christian counterparts in gender attitudes. Senegalese Christian immigrants and rooted French show greater altruism toward their female game partners than toward their male ones but the opposite is true for Muslims: they are more generous toward men than women.

Muslims in France not only attach more importance to religion than do the average French, but they also support more conservative views and behaviors towards women.

They are perceived by the French host population as a challenge to France’s century-long commitment to the separation of church and state (what the French call laïcité) and its 50-year struggle for gender equality.

But this sense of a cultural threat is not rational. As French political scientists Sylvain Brouard and Vincent Tiberj have shown, the average Muslim’s higher level of religiosity has nothing to do with the Islamist position that religious principles should be the foundation of governance. Nor do their more traditional views on gender roles call for the repression of women.

Yet, this sense of threat felt by the so-called rooted French feeds irrational anti-Muslim behavior. And this behavior, in turn, encourages Muslims to withdraw from French society.

Our survey results clearly indicate that Muslim immigrants detect more hostility in France toward them than do their Christian counterparts. Consequently, they have few incentives to abandon their own cultural norms to identify more closely with French culture and society. This withdrawal further feeds anti-Muslim discrimination in France.

Distressingly, the Charlie Hebdo shooting and the attack on a kosher supermarket can only reinforce this vicious cycle of discrimination.

The attack by a few has strengthened the misguided belief that Muslims as a whole constitute a major threat to France.

To break this cycle, actions must be taken to increase public awareness that “being a Muslim” is not equivalent to “being a Jihadist.“ Mobilizing the Muslim population in France to coalesce at least around the "I am neither Koachi nor Coulibaly” slogan if not around “I am Charlie” would also help unravel France’s worrisome discriminatory trap.