Today's reminder that "pro-life" is actually just the Sex Police 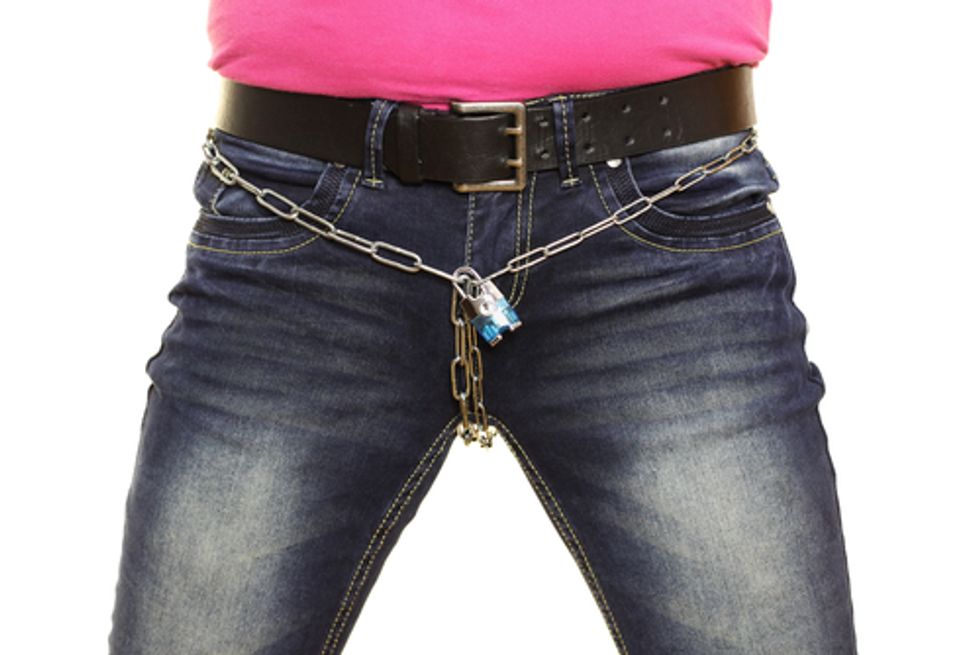 A few months ago, the person behind the LifeSite Twitter account got really angry with me and we had some back-and-forth in which they repeatedly claimed that their website and the anti-abortion movement generally is not motivated by hostility to sex, but strictly about protecting embryonic life. This is, of course, a silly lie, but it was interesting to see how much they swore up and down that sex has nothing to do with their movement and they love sex and are in no way trying to stop you from having sex or enjoying sex.

I mention this because I was at their website earlier today, looking for reactions to the 20 week abortion ban being derailed and right at the top of their website on the front page, I got an eyeball of this:

I'm not defending the upcoming movie version of 50 Shades of Grey, which looks dumb and not very hot at all. But I also have to wonder what the concern is here for these people who swear up and down and left and right that they are in no way trying to shame and control your sexuality. Are they afraid that seeing this movie will cause embryos to die? Do they believe that abortion coupons are being handed out at it? What "life" is threatened by a few women seeing a silly movie to jill off about later? So I went to the petition page to see for myself:

Marketing for the film is already in full swing, and little concern is being given to the influence that the positive and pornographic portrayal of sadism is having on teenagers and others.

While undoubtedly many people will flock to see the film what it is released, there is a growing movement opposing both the films and the book.

This upcoming Valentine’s Day, join this movement by pledging to take stand for true love and true romance. Together, let's make 50 Shades the worst box-office flop in history.

So, no embryos are threatened by this movie. Instead, the fear is that young people might get a more expansive idea of what romance can be about than LifeSite would like them to have. The petition's language leans heavily on quoting feminists out of context to imply, falsely, that the feminist critics of this book object to any form of kink, when in reality, most of the feminist critics argue that consensual BDSM is fine, but this book romanticizes and normalizes non-consent. The reason they distort feminist thought on this, of course, is that this is full-blown anti-sex screed, a knee-jerk reaction---as evidenced by the hysteria over "porn"---to the idea that people might actually think that sex for pleasure is a good thing.

The "true love" and "true romance" thing is how anti-choicers try to wriggle out of accusations that they are anti-sex. The argument is basically that they are all for sex, if you are doing it "right". "Right" is very narrowly defined: No kink, no contraception, and only with one person for your entire life. And sex can never be a priority. If you're sexually incompatible with your partner or you're getting a little bored with the under-the-covers-in-the-dark routine, too bad. "True love" has no room for wanting a little spice in the bedroom.

In other words, it's like saying, "I'm not against food! I just think you should never eat anything but oatmeal your whole life, and go easy on the salt. Don't want to get too wild up in there." Uh, no. You are against food.

Poking around their website just confirms how much the anti-choice movement really, truly is about trying to stop you from fucking how you want, mostly because they think it's unladylike for women to want it and just generally gross to have sex.

The apparent belief that puberty can be prevented by refusing to tell children that it happens:

Overtly misogynist articles that frame female sexuality as a demon out to ruin men:

The overt assertion that sex ruins your mind:

A defense of prudery coupled with a demonizing of sexually active people as "disease-ridden":

That's just from the past day or so on the website. So much for the idea that this is about "life" and not just a generalized attempt to control other people's sexual choices that have nothing to do with you.