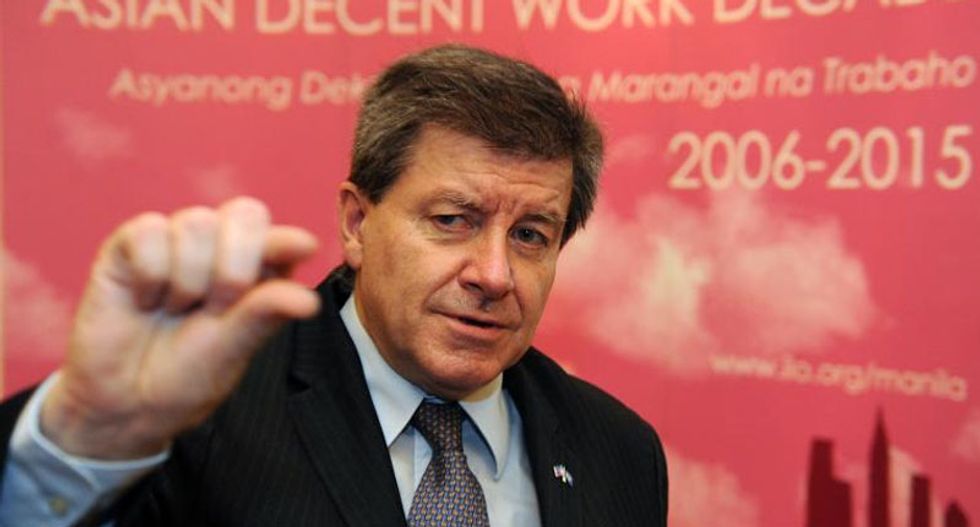 Unemployment will rise by 11 million in the next five years due to slower growth and turbulence, the UN warned on Tuesday.

More than 212 million people will be jobless by 2019 against the current level of 201 million, the International Labour Organization said.

"The global economy is continuing to grow at tepid rates and that has clear consequences," ILO head Guy Ryder told reporters in Geneva.

"The global jobs gap due to the crisis stands at 61 million jobs worldwide," he said, referring to the number of jobs lost since the start of the financial crisis in 2008.

The ILO World Employment and Social Outlook -- Trends 2015 report said an extra 280 million jobs would have to be created by 2019 to close the gap created by the financial turmoil.

"This means the jobs crisis is far from over and there is no place for complacency," Ryder said.

The job scenario improved in the United States, Japan and Britain but remains worrisome in several developed economies of Europe, the report said.

"The austerity trajectory... in Europe in particular has contributed dramatically to increases in unemployment," Ryder said.

The report said eurozone powerhouse Germany could see unemployment rise to five percent in 2017 against 4.7 percent at present, while it was expected to fall just under the double-digit in number two eurozone economy France.

The worst-hit segment globally were those aged between 15 and 24, with the youth unemployment rate touching 13 percent in 2014, almost three times the rate for adults.

The UN agency said the steep fall in oil and gas prices would hit the labour market hard in producing countries in Latin America, Africa and the Arab world.

But one of the rare bits of good news was that the middle class comprised more than 34 percent of total employment in developing countries from 20 percent in the 1990s, Ryder said.

However extreme poverty continues to affect one out of 10 workers globally who earn less than $1.50 a day, he added.

A widening chasm between the haves and have nots and an uncertain investment climate have made it difficult for countries to rebound from the crisis, the report said.

Cutting wages has been a key element in the international bailouts of eurozone members.

But there are concerns that exceptionally low price rises in the 18 countries sharing the euro could augur a long period of slow growth and falling prosperity.

"If low wages lead people to consume less, and investment remains subdued, this obviously has a negative impact on growth," Ryder said.

"These trends have undermined trust in government and kept the risk of social tensions high," it said.

Social unrest worldwide declined in the 1990s and 2000s along with the global employment rate but shot up in 2009 during the global crisis and is now 10 percent higher.

"There is massive human waste, suffering and misery stemming out of unemployment," Ryder said, urging governments to do more to address the problem.