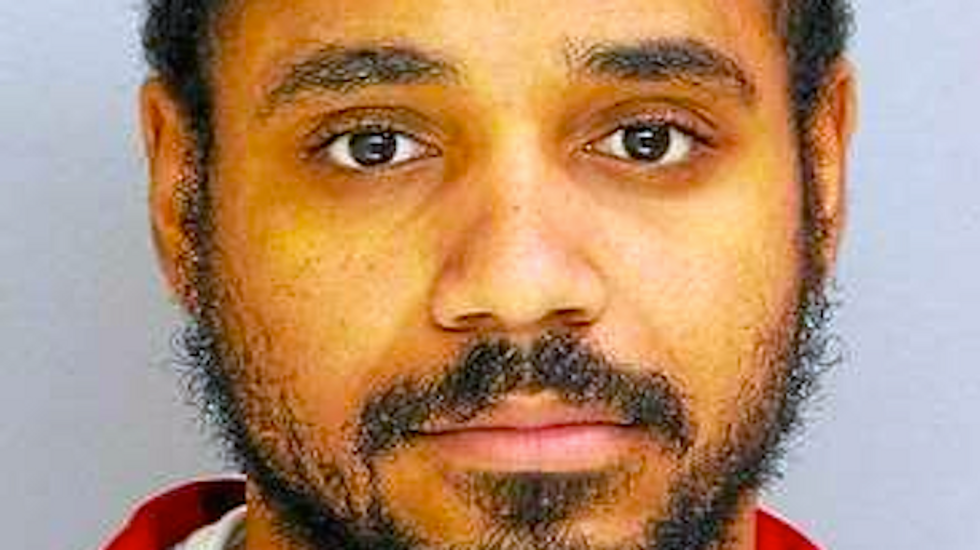 A self-described “sovereign citizen” was convicted Thursday in a suburban Philadelphia bank robbery because surveillance video showed his distinctive orange underpants below his waistband as he vaulted over a counter.

Ishaq Ibrahim changed out of his disguise while fleeing the June 19, 2013, holdup of the National Penn Bank branch in Lower Pottsgrove, prosecutors said, but he was wearing the orange briefs when he was taken into custody hours later.

“Despite all his planning and execution, having a second set of clothes to change into, it’s one thing that he forgot, was to change his underwear and that ultimately was his undoing,” said Assistant District Attorney Gabriel Magee.

The 28-year-old Ibrahim, who represented himself, repeatedly interrupted the trial by questioning the court’s legitimacy and even his own name, reported The Mercury News.

“Objection, that’s not my name. He’s committing fraud,” Ibrahim bellowed when Magee read arrest documents at the start of the trial. “My name is sonstar, for the record. I’m the sovereign man, the living man.”

The newspaper reported that Ibrahim continued ranting as bank tellers described their fear during the armed robbery, and he was briefly moved to another courtroom to view the proceedings on video conferencing equipment.

He flailed his arms and continued shouting from the other courtroom as two court-appointed defense attorney cross-examined witnesses.

“I am a living man, possessed in a sovereign soul,” he shouted at one point. “I will continue to exercise my rights until you kill me or blow my head off.”

Ibrahim also demanded to be released and questioned the judge’s authority.

“Are you acting as landlord or priest?” asked Ibrahim, who told reporters his dog called him “Ruff.”

Ibrahim was accused of robbing the bank with 26-year-old James Byrd while 22-year-old Wesley Davis drove the getaway car.

He claimed immunity from prosecution based on common law, which sovereign citizens argue prevents the state from being claimants and should prohibit prosecutors from pursuing criminal cases.

Davis has pleaded guilty to robbery and conspiracy and was sentenced to four to eight years in prison.

A jury convicted Byrd last year on multiple counts of robbery, fleeing and eluding police, and carrying a firearm without a license.

Both Ibrahim and Byrd are awaiting sentencing.