US on Mohammed image: We absolutely support the right of Charlie Hebdo to publish things like this 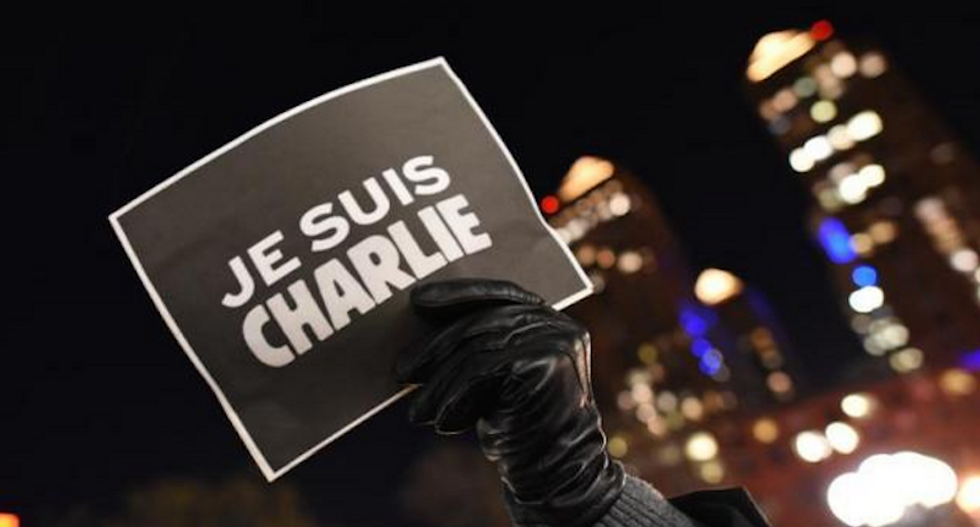 A man holds a sign reading "I Am Charlie" as people gather on Union Square January 7, 2015 in New York (AFP)

The United States on Tuesday said Charlie Hebdo was "absolutely" entitled to depict the Prophet Mohammed on its latest front cover despite an outcry from some Muslims.

The front page of the French satirical weekly -- its first since many of its staff were killed in a gun attack last week in Paris -- showed a weeping Mohammed under the title "All is forgiven", holding up a sign reading "Je suis Charlie" ("I am Charlie").

The front page was widely reproduced and reported on by Western media Tuesday but criticized by some Muslims who regard any depiction of Mohammed as blasphemous.

"Regardless of what anyone's personal opinion is, and I know there are very heated personal opinions about this, we absolutely support the right of Charlie Hebdo to publish things like this," Harf said.

"Again, that's what happens in a democracy. Period."

Charlie Hebdo is to print up to three million copies of its new "survivors' issue", due out Wednesday -- far more than the usual 60,000 before last week's attack.

Violent riots broke out throughout the Muslim world in early 2006 over Mohammed caricatures first printed by a Danish newspaper, Jyllands-Posten, and republished by Charlie Hebdo.

Harf said while Washington recognized religious sensitivities over use of the images, violence could never be justified.

"I think we would call broadly on news organizations to take into account the factors they think are important," she said.

"That never justifies violence or hatred.

"There's a variety of factors that go into any publication's decision to do this, and we absolutely support the right of these organizations to publish freely, period."