VIDEO: Stranger stabs 9-year-old New York boy in neck and head as he walks to school 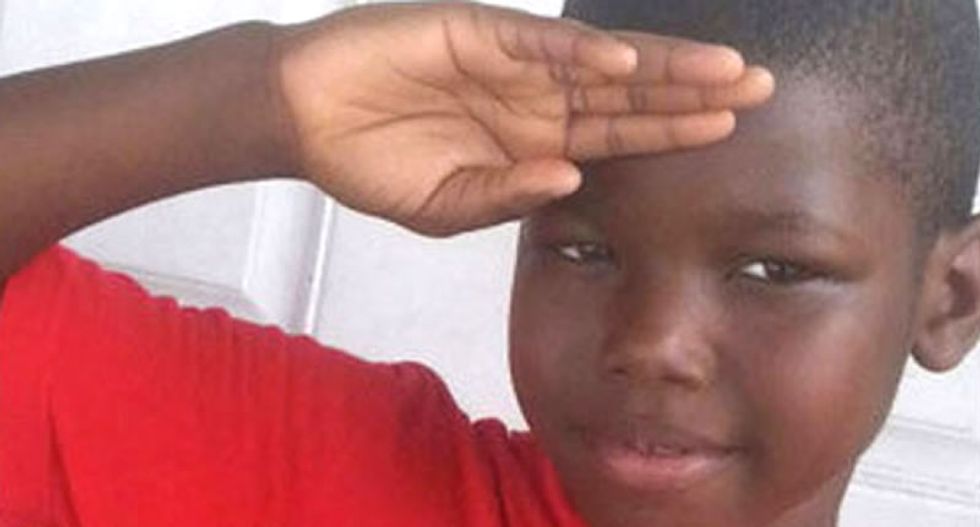 Police in Staten Island are searching for a man caught on surveillance camera walking up to, then repeatedly stabbing a 9-year-old boy on Friday, Staten Island Live reports.

According to police, a black male in dark clothing walked up behind Jermaine Culver Friday and stabbed him in the neck, shoulder, and head before fleeing on foot.

Culver passed out briefly, but was able to run home, where his mother, Tyana Darby, immediately called 911.

He was treated at Richmond County University Medical Center for his wounds and released on Saturday.

His mother told Staten Island Live that her son is afraid to return home. He "is still scared -- and I don't want him in this area right now until they catch who did this." The boy will stay at a relative's house as police conduct their investigation.

Culver is "taking it easy today -- he's not out of the woods yet."

When asked what she hopes the New York Police Department -- many of whose officers are still participating in a "blue flu" work stoppage following the execution-style murder of their colleagues two weeks ago -- will be able to accomplish in the days to come, Darby only said that she "want[s] to know why someone would do this."

An NYPD spokeswoman said that no arrests have been made, and that the investigation is ongoing.

Watch video of the assault via the New York Police Department below.