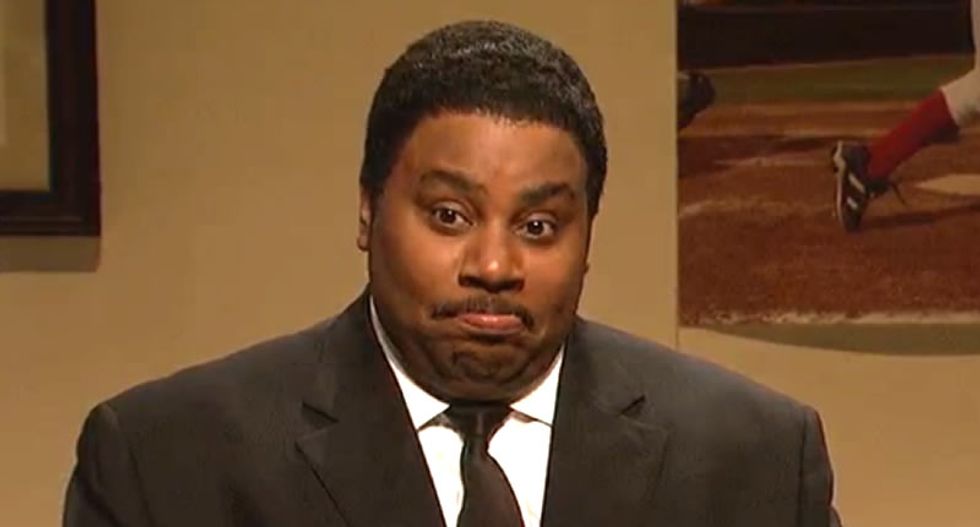 Last night's episode of Saturday Night Live opened with a skit in which a millennial teen and the ghost of Martin Luther King, Jr. discussed the slain Civil Rights' leader's legacy.

The teen -- played by Pete Davidson -- tells King's ghost that he has to write a paper about him.

"Well, what do you know about me so far?" the ghost asks.

"You're black. You're a great leader -- and today you own a bunch of boulevards," he replies. "And on Monday, there's this national holiday called 'Martin Luther King Day.'"

"Wonderful!" the ghost says. "Is that a day when black and white Americans come together to reflect on the progress we've made?"

"Not really. It's more like a day when my mom calls works and says, 'Do I have to come in today?' And they say, 'Well, the offices are open, but you don't have to come in.' And she says, 'Great, I won't come in then.'"

"But the country's made some great progress," he assures King's ghost. "We have a black president -- Barack Obama."

"That's a Barack-o-what-now?" the ghost replies. "I don't know -- sounds like a Kenyan Muslim to me."

"So his parents are in jail?" the ghost asks.

"No," the teen says, "people don't care about that. You had a huge influence on this country. There's a big movie that came out about you this week called Selma."

"Well, I'd pay fifty cents to see that," the ghost says. "I guess that one will be nominated for a lot of Oscars, right?" he adds, in reference to the film being snubbed by the Oscar voters this week.

They then discussed the recent protests against police brutality, which spurs King's ghost to ask the teen whether he protested too.

"I definitely protested," the teen replies. "It's really easy now. You just take your phone here, push this Twitter button, then type in '#IAmFerguson' or '#WereAllBlack' and then you're done."

Watch the entire skit below via NBC.