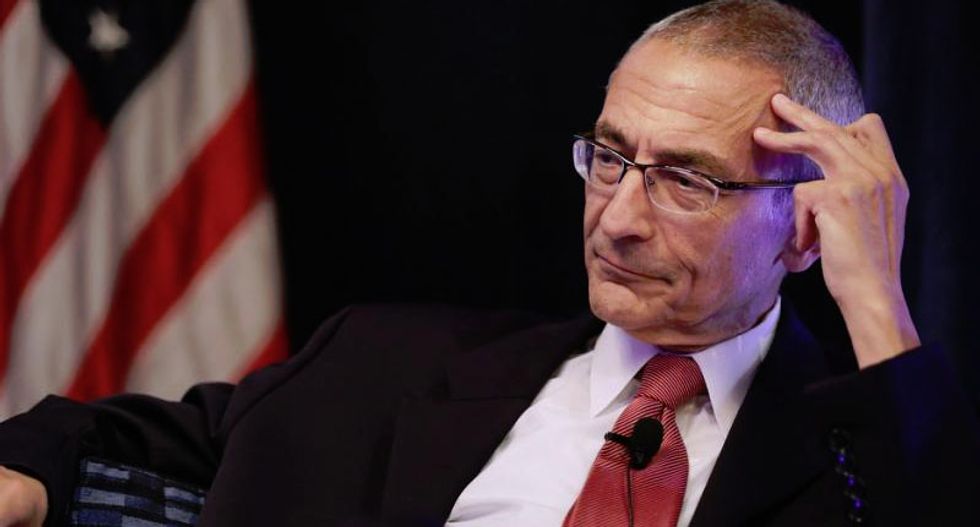 White House advisor John Podesta will take on a senior role in Hillary Clinton's likely presidential campaign, US media reported Tuesday, in one of the clearest signs she is running in 2016.

Podesta, who is close to the Clinton family and has appeared at events with her, is leaving the White House in February, a White House official confirmed while declining to discuss Podesta's future plans.

He has sat in on several informal gatherings with Clinton aides in recent months as they discussed a potential presidential run by the one-time secretary of state and former first lady, The Wall Street Journal reported.

Podesta's role is not exactly clear yet, but people familiar with the discussions told the Journal he would likely take the position of campaign chairman.

Podesta, who served as chief of staff in president Bill Clinton's second term, would likely not have day-to-day managerial control of a Clinton campaign, but rather serve as a senior advisor above the fray of a fast-paced political campaign operation.

In another sign that Clinton is preparing a campaign, Coca-Cola marketing specialist Wendy Clark is joining Clinton's team as it considers methods for reaching a younger generation of voters, according to the Journal.

Clinton is likely to announce her 2016 plans this spring. She remains the presumptive Democratic frontrunner in the race to see who will succeed President Barack Obama.

One of Clinton's main potential rivals, Senator Elizabeth Warren who is strongly backed by the party's progressive wing, poured cold water on hopes she would mount a campaign, offering Fortune magazine a curt "no" in an interview published Tuesday when asked if she would run for president.