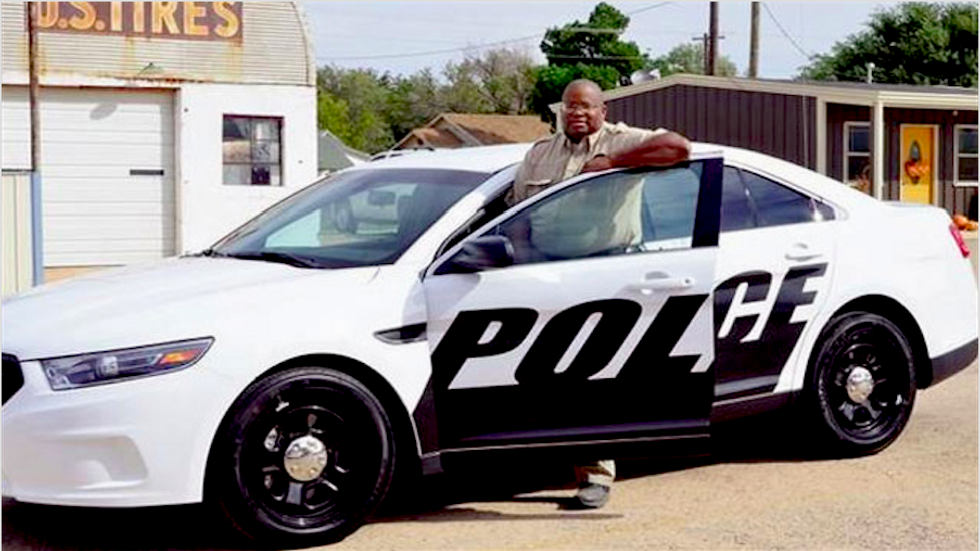 A Sentinel, Oklahoma man who shot the town's police chief four times on Thursday morning was allowed to walk free after questioning.

According to NewsOK.com, Police Chief Louis Ross was shot in the chest three times and once in the arm while responding to a bomb threat at a private residence. He survived with only minor injuries thanks to a borrowed bulletproof vest that he had put on only moments before.

NewsOK.com said that a neighbor identified the gunman as Dallas Horton of Sentinel, although investigators declined to release his name.

The incident began with a 911 call around 4 a.m. on Thursday, said Sentinel Mayor Sam Dlugonski. A caller reported that a bomb had been planted in Sentinel Community Action Center, home of the local Head Start program.

The city contacted the Oklahoma Highway Patrol's bomb squad, which responded to the scene and found no evidence of explosives.

Chief Ross and deputies from the Washita County sheriff’s office traced the call to Horton's residence on State Route 4. Officers entered the residence by breaking down the door.

Encountering no one in the first room they searched, Ross proceeded into a second bedroom, where Horton shot him four times.

Officers took Horton into custody, but said that they had "insufficient evidence" for an arrest.

Jessica Brown, a spokeswoman for the Oklahoma State Bureau of Investigation told NewsOK.com that she was uncertain whether Horton would be arrested in connection with the bomb threat, but that the investigation is ongoing.

Ross was taken to Elkview General Hospital in Hobart, where he was treated for minor injuries. Dlugonski said that he was expected to see an orthopedic surgeon on Thursday afternoon.

Horton's neighbor David Delk described the gunman to the Oklahoman as a "survivalist" type who mistrusted the government, was openly unfriendly to neighbors and wore a lot of black clothing.

A Facebook profile believed to be Horton's is rife with racially charged images and jabs at black leaders like Rev. Al Sharpton. "Hurt ME and your [sic] gonna feel pain," declares one image, "hurt my BEST FRIEND and your gonna need an ambulance, hurt my FAMILY...I'm gonna need a shovel."

Another image shows a blood-spattered 18-wheeler cab with human limbs sticking out of it. "JUST DROVE THROUGH FERGUSON," it reads, "DIDN'T SEE ANY PROBLEMS."

Authorities removed a total of seven firearms from Horton's house on Thursday, said the Oklahoman.

Mayor Dlugonski reported that Chief Ross is in good spirits, although he is reportedly suffering some numbness in his hand.

Classes in Sentinel's public schools were canceled on Thursday, but resumed Friday.