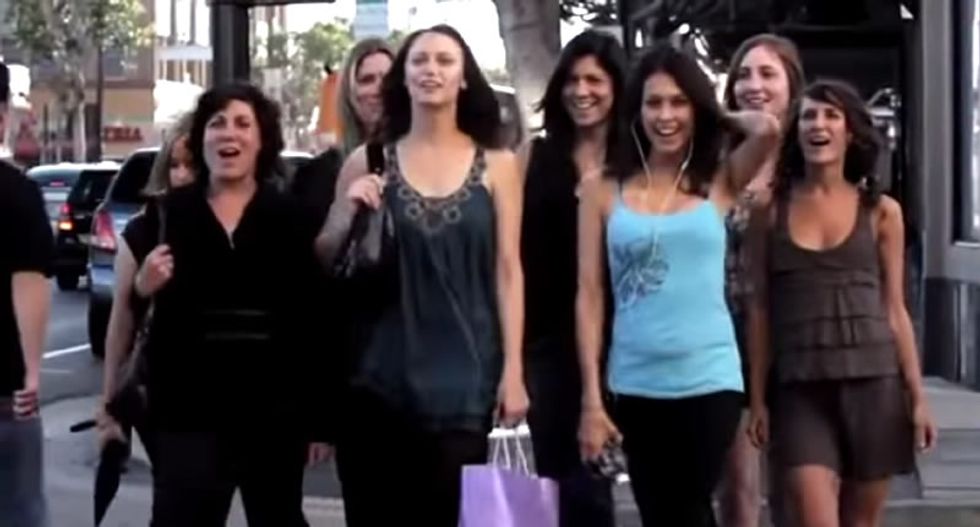 A New York woman is suing a clothing manufacturer for false advertising after a pair of tights she bought failed to produce an orgasmic experience, Gothamist reports.

Meng Wang filed a class action lawsuit against Gildan Outerwear, the maker of Kushyfoot Shaping Tights, "seeking redress for deceptive and otherwise improper business practices that Defendants engage in with respect to the marketing, advertising and promotion of their Kushyfoot socks, tights and hosiery."

According to the lawsuit, Wang believed the company's claim that "Kushyfoot is the first brand to incorporate the ancient healing art of reflexology in women's tights, trouser socks, knee highs, foot covers, toe covers, athletic socks, yoga socks, and Flats To Go" and that customers "get a foot massage with every step."

But Wang was even more upset by the fact that the Kushyfoot products she purchased did not leave her "super satisfied."

"As she makes her way through the streets, she moans and utters highly sexually charged phrases to herself, including 'That's the spot' and 'So good,' as a song with the lyrics 'I feel super satisfied, super satisfied' plays in the background to further the sexual angle of the advertisement," the lawsuit stated. "Her assertive stride and relaxed air are literally show-stopping, causing male and female passersby alike to stop in their tracks to look at her with their mouths agape."

"Plaintiff Wang relied on the commercial and believed in the effectiveness and comfort of the Products," the lawsuit continued. "To her disappointment she found that the Purchased Products did not even feel different from her regular socks and tights."

Read the entire lawsuit below via Scribd.

Watch the advertisement at the heart of the lawsuit below via YouTube.