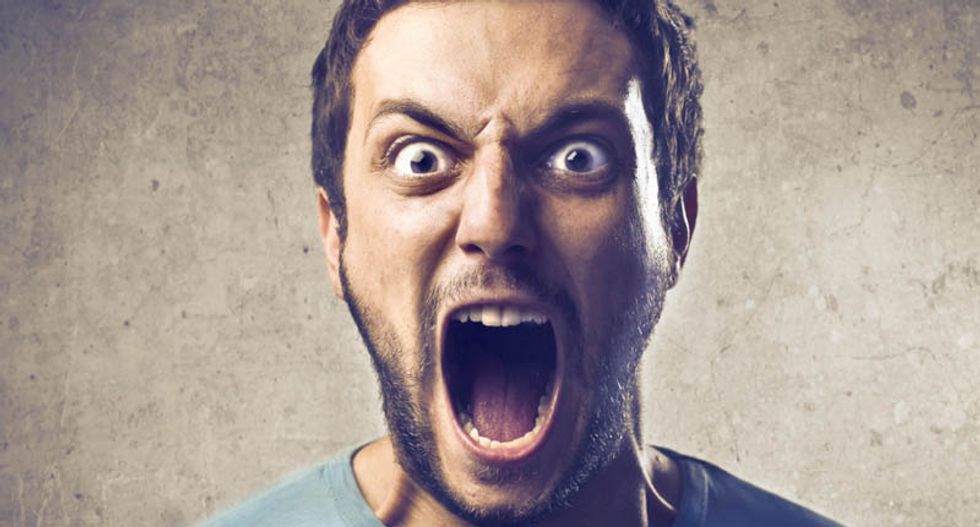 Hey ladies, if you are in need of some basic healthcare --  from an annual physical to screening for diabetes, anemia, cholesterol, or a thyroid condition, or you just want to get some cheap birth control so you don't make a mistake-baby -- later this coming week you might be able to enter your local women's health center without being called a 'killer' by a screaming mob of pasty-faced, thin-lipped panty-sniffers holding up doctored-up pictures of baby parts.

Won't that be much more pleasant than usual? Why, yes it will.

Nobody likes to go to the doctor but it is super more unpleasant to not be able to stroll in without being confronted by a gauntlet of people who should be waiting their turn in a psychiatrist's office to have their meds "adjusted" upwards instead of attempting to prevent you from getting a pap smear.

This week marks the anniversary of Roe v. Wade,  and the forced-birth folks are making plans to attend Thursday's  March for Life in DC, also known as "We-Disapprove-Of-What-You-Do-With-Your-Vaginapalooza." Busloads of bright-faced female high schoolers and college gals will be seen on TV holding up signs saying "Take away my autonomy over my own body, who needs it anyway! LOL!" while wearing vintage Wham! UK 'Choose life' t-shirts. Later many of those same girls will be seen wearing sunglasses and buying Plan B at a drugstore outside of their neighborhood because of a few too many Fireball & Diet Cokes and a bit too little Jesus.

Of course not everybody gets a trip to the nation's capital paid for by God-bothering withered old white men and women who will be the first to tell you that sex is shameful and painful and disgusting and not worth the three minutes it takes ... at least in their experience. Some people are forced to stay in their local communities to harass their neighbors and shame those sluts from the local junior college, but they can do that any day -- and they do -- so: bo-ring.

As the whimsical and pithy Kalli Joy Gray points out, a priest in Albuquerque has a better idea for those left behind to stop ladies from baby-abortin'.

Stay home for a couple of days. That'll  learn them could-be-killing-the-next-Jesus whores!

Stay home from work, avoid buying anything unnecessary and basically be on strike to end this national pre-born baby killing. Let us extend this protest, this strike beyond Roe v. Wade day on January 22 to Friday, January 23. No work, no school, no spending, just prayer and fasting to end pre-born child killing.

Woo-hoo! It will be like two snow-days for judgmental busybodies with voices in their heads. Stay in, kick back, diet (egg white omelet made from pre-born chickens), talk to God. Maybe binge watch a little Netflix -- they've got Friends now and Phoebe is sooo cute although Monica and Rachel are total Godless harlots whose parents obviously didn't beat them enough.

On top of that, in the ensuing silence without shrieks of "baby killer!" and random glossolalia ringing in their ears, maybe the pre-infanticidal  clinic visiting strumpets will hear inside of them the soft heartbeat of a possible future Einstein or Jonas Salk, although more likely a future insurance claims adjuster or a Chris Brown...and nobody wants that. Nobody.

So there you have it. Two days of peace in the valley so you ladies can saunter in to get your weird Escher-like lady-plumbing checked out without catching flack from a passel of meddling sidewalk buttinskys.

And if abortion doesn't come to an abrupt end over the weekend, we can maybe convince them to try again next year.  You know, really commit but longer, like a week or two --particularly the fasting part.

I hear Netflix might have The Big Bang Theory by then which they should enjoy despite the 'science,' most of which isn't in the Bible so it's probably Godless bullshit and not real like Jesus coaching you from inside your head which is totally different than what the other shouty street schizophrenics hear...