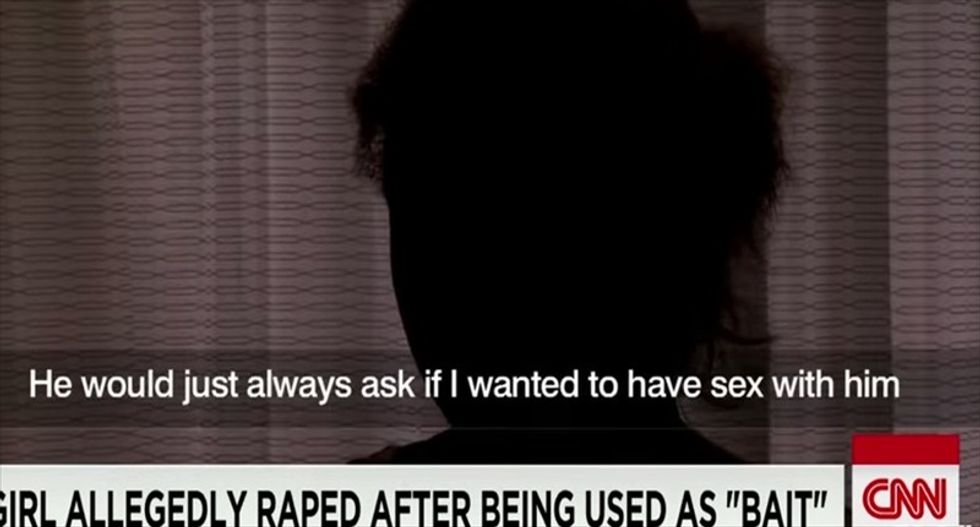 Officials with an Alabama school district petitioned a federal court to order a 19-year-old alleged rape victim to be identified by her real name during her upcoming case, the Associated Press reported.

The case concerns the woman's alleged assault in a bathroom at Sparkman Middle School in 2010. At the time, the woman was 14 years old and a student in the school's special-needs program. The Court of Appeals for the Eleventh Circuit recently agreed to hear oral arguments in the case.

The woman described the incident in an interview with CNN last October, and appeared on camera using the pseudonym "Jaden."

Jaden said she was attacked after a teacher's aide, June Ann Simpson, convinced her to act as bait to catch a 16-year-old male student in the act of assaulting her. Simpson reportedly knew that the boy had drawn other female students into a bathroom and sexually harassed them, but had no proof.

The plan reportedly involved having Jaden agree to go into the bathroom with the boy while Simpson watched them on a surveillance monitor. Simpson was then supposed to intervene before the boy could attack Jaden. Jaden and Simpson both stated in a deposition that then-vice-principal Jeanne Dunaway was made aware of the plan, an allegation Dunaway has denied.

"I just felt like I was set up by the teachers," Jaden said. "They gave me a word that they couldn't keep."

After agreeing to help Simpson, Jaden told CNN, the boy took her to a bathroom and raped her. But Simpson was watching the wrong surveillance monitor and failed to stop the attack.

CNN reported that, despite the incident being one of at least 13 documented instances of "sexual or violent misconduct" on the boy's record, he was not charged. He was sent to a local alternative school but later allowed to return to Sparkman and graduate. Simpson resigned after the alleged incident, while Dunaway currently works as the principal at another school.

"It's hard for me to have good days," Jaden told CNN about her life after the attack. "I have days to where I just want to sit there by myself. I get angry faster, and I get insecure."

Jaden's father originally filed the lawsuit on her behalf when she was still underage. But the Madison County school board argued in its petition that, since she has asked to join the suit as a plaintiff, the woman should not have the option of being identified in court documents as "Jane Doe," as is customary in rape cases.

"Although she may prefer to proceed in her own behalf under a fictitious name, there is no evidence that any adverse consequence to [the victim] might result from continuing the litigation under her own real name," the board's petition stated.