Bill Maher skewers network newscasts: 'I never thought of Brian Williams as a reporter to begin with' 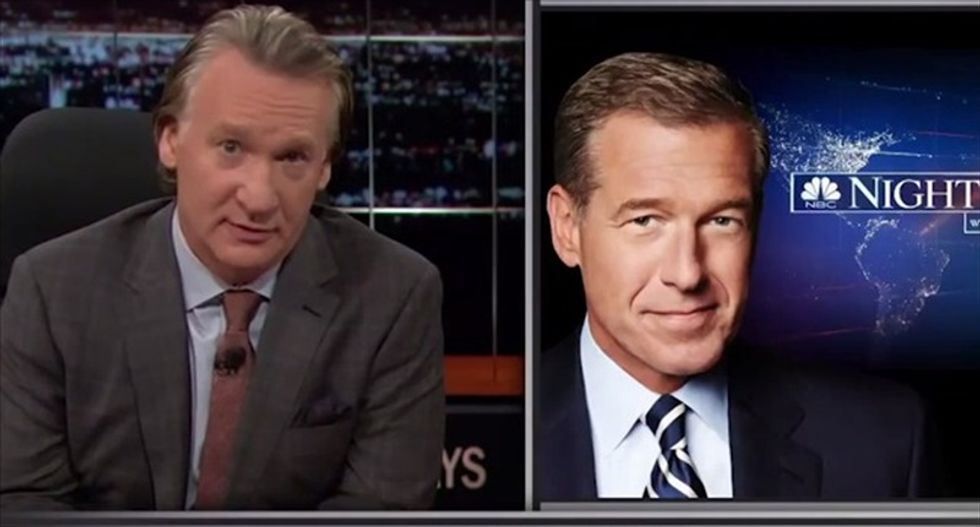 "This is journalistic malpractice, and why I never thought of Brian Williams as a reporter to begin with," Maher said. "Because every night it's the same thing on the news: a couple of minutes at the top of the big story of the day. Unless God forbid, it's going to snow. If it's gonna snow on the east coast -- you know, where they live -- and then nothing else is happening in the entire world."

Living in L.A., Maher argued, meant he didn't have to care whether it was snowing in Buffalo ("it's always snowing in Buffalo," he quipped). But he accused all three major networks of wasting their 22-minute runtimes on formulaic medical reports and "human interest segments."

Viewers like him, Maher said, don't need to see every time a building is demolished with a controlled explosion, or watch stories about a viral online video.

Watch Maher's commentary, as posted by HBO on Friday, below.