Bill Maher slams cops who shot man running away: 'Something has to change' 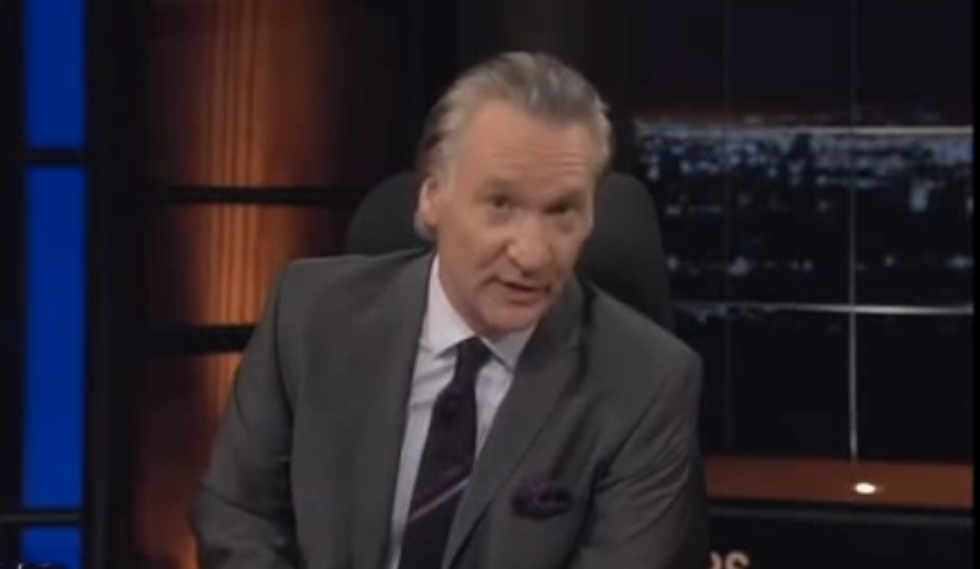 Real Time host Bill Maher denounced police in Pasco, Washington on Friday for their fatal shooting of a man running away from them.

Authorities said 35-year-old Antonio Zambrano-Montes was throwing rocks at the officers before being shot and killed. The incident was caught on video and, according to USA Today, has spurred not only local protests but criticism from the Mexican government.

"That is just straight-up shooting a guy in the street like a dog," Maher said. "We keep saying most cops are good, and I believe that; I've known a lot of good cops. But there is something systemic wrong here."

Author Baratunde Thurston told Maher that, just as he and other observers insist that moderate Muslims should denounce terrorism committed by extremists claiming to follow Islam, more officers should speak out against excessive use of force by their colleagues.

"To take that analogy a bit further, how much bad sh*t has to happen before people admit it's something systemic in the culture?" Maher responded. "The police culture needs a Page One rewrite. I don't know if it's retraining, rethinking, releadership. But something has to change where they think they can get away with doing it."

Economist Editor-In-Chief Zanny Minton Beddoes argued to Maher that the conversation regarding police use of guns had to extend beyond police departments themselves.

"I submit it's a nicer place, in that sense," Minton Beddoes countered.