Bill Nye and Neil deGrasse Tyson laugh off fears of robot uprising: It's the perfect setup for a cult 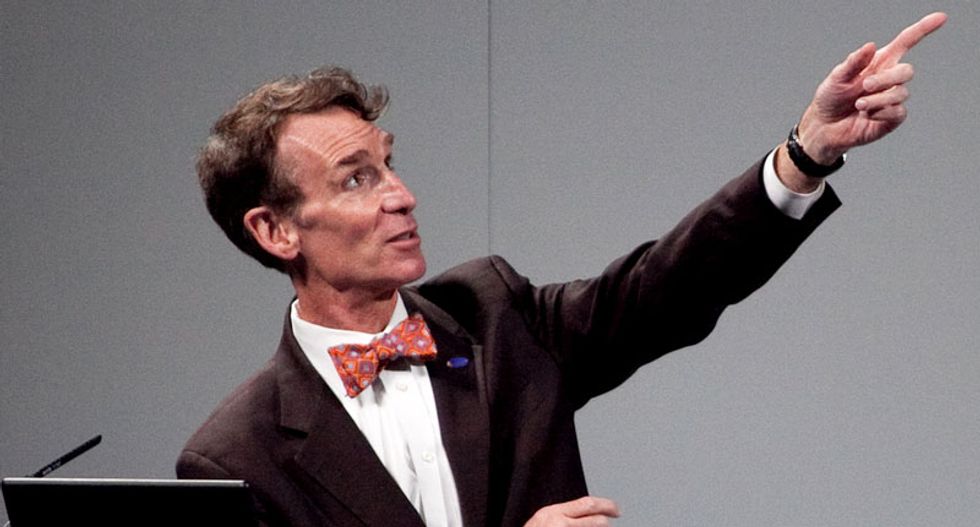 Elon Musk and Stephen Hawking might be terrified by the prospect of artificial intelligence driving humans into extinction, but Bill Nye and Neil deGrasse Tyson are not at all convinced it is a pressing issue -- though it might make for a good doomsday cult.

"So, everybody, I'm all for the singularity when computers are as smart as people," Nye said in a recent episode of StarTalk. "But computers run on electricity, and right now, someone literally has to shovel the coal to keep the robots going. So, I'm all for this robot uprising, as long as there is an infinite supply of electricity."

"They'll control the (power) grid," Tyson said. "They're not going to wait for you to plug them in for them to take over your life."

But Nye was still unconvinced. "Who is going to shovel the coal?"

"They will!" Tyson shot back. "Wait a minute, you speak like it's weird the robots need some special source of energy -- so do we! We eat food, three -- at least -- times a day."

Nye decided to change the subject to Ray Kurzweil's singularity.

"Just to be clear," Tyson interrupted. "There's an astrophysicist at the table, if you use the word singularity you have to clarify. We're not talking about the beginning of the universe, or the center of a black hole, or any other previous use of the word singularity. Go."

"We are getting to where computers have enough computational power to be like a human brain," Nye said. "And in my book, I have a little discussion about this. You can go to places in the world where people have not made a cell phone call. I'm not saying that won't change in the next little while, but it may be later than you think when there's a robot uprising taking over the world."

"The robots show up in western China, and they go, 'There's no place to plug in,' he continued. "And they're not very productive, let alone take-over-the-world-ive."

Nye said there were plenty of other things to worry about.

And Tyson agreed: "There's nothing about it that sounds impending to me, though it be impending to others, which is the perfect setup for a cult."