Bill Nye rejects racial divisions as unscientific: 'We are all one species' 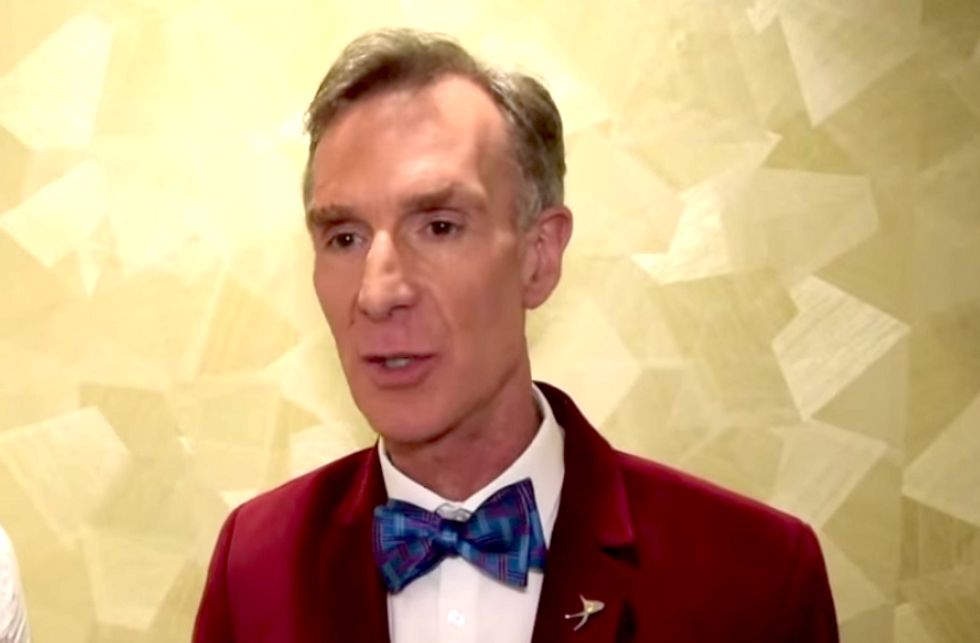 In the video embedded below, Bill "The Science Guy" Nye spoke with Real Time with Bill Maher producer Miles Leicher about the new edition of his book -- Undeniable: Evolution and the Science of Creation -- which will be out in the fall.

The book, which is a direct refutation of Christian Creationism, came about after a debate between Nye and Creationist Ken Ham that took place last year.

During the discussion, Nye aired his views on race, which he said is an artificial, human-made construct that has no basis in science.

"In a very important sense," said Nye, racial distinctions are meaningless and racism is "inappropriate, and I'll show you why and you can run your own test yourself."

Take a person like Leicher who is of European descent, Nye said. "If you were to have sex with a woman from China -- southern China, western China -- all you're going to get's a human."

"The only thing that's going to come out is a human," Nye said. "That's because we're all one species. We are all one race."

"The only difference is the color of our skin," he said, and that comes from how close your ancestors lived to the Equator or at high altitudes like Tibetans.

"There have always been tribes," Nye continued, "but what we have to appreciate now is that we live in a global community. And tribal loyalties...they're not relevant to our future."