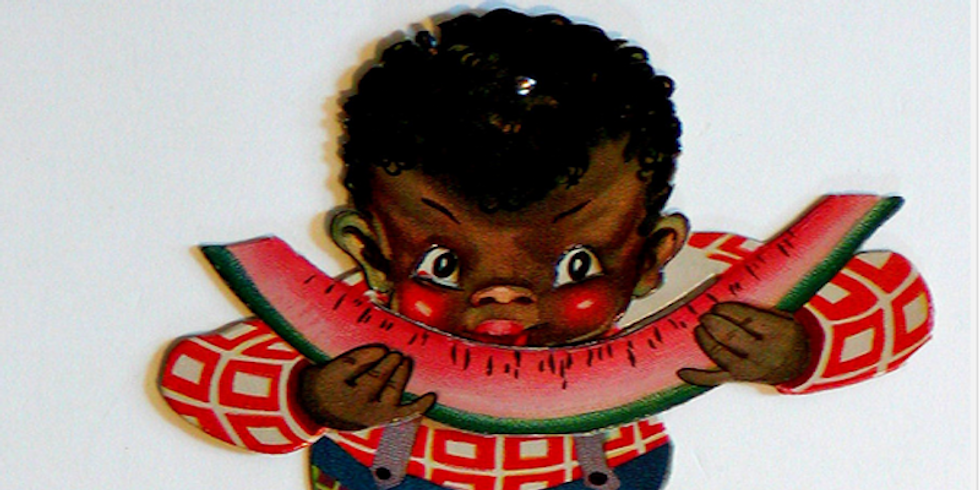 Yes, Valentine's Day is rife commercialism and sexism, but it also deserves credit for its legacy of racism.  Though the racist attitudes in the greeting cards below, from the early 20th century, are unapologetic they are presented as as cute and playful through humor and puns.

While these cards may seem like mere relics of the past and archaic artifacts, they are closer to the present than they appear. Dr. Harvey Young, Associate Chair and Director of Graduate Studies in  the Department of Theatre at Northwestern University, told me in a recent email, "These cards were bestsellers into the early 1930s. A lot of people’s grandparents purchased and exchanged them. This history is more recent and much closer to home than most people suspect or want to acknowledge." Professor Harvey's 2012 lecture on stereotypes and caricatures in Valentine’s Day cards from the early 20th century and his research on the subject will be included in his forthcoming book, which explores how people learn about race through objects and media.

While the racism below is no longer presented in greeting cards sold by mainstream stores, racist imagery, that is defended as "funny," persists and has even increased as   the Obama presidency has brought racists out of the woodwork. Some of them use dog whistles and code words as they insist on the innocence of their words. But others have embraced the same overtly racist images and stereotypes shown in the greeting cards below. They appear as cartoons printed in newspapers, sent around in e-mails, or paraphernalia.

None of this racist "humor" is satire, which has the ability to challenge and discredit prejudices and stereotypes. Instead, these cards from the past or the cartoons and comics and merchandise from today, perpetuate them through contrived and obvious so-called jokes. People will often defend these representations by saying, "it's just a joke, don't be so sensitive, don't be so P.C." Could the same be said about these cards? And if not, what does that say about the caricatures of today and those who defend them?

Many of these cards are for sale on Ebay or Amazon. We can only hope that the people buying them are doing so because they are studying or writing about them and not because they find the mocking of Black, Mexican, Chinese, Japanese, Native American and, yes,  even Scottish people amusing. 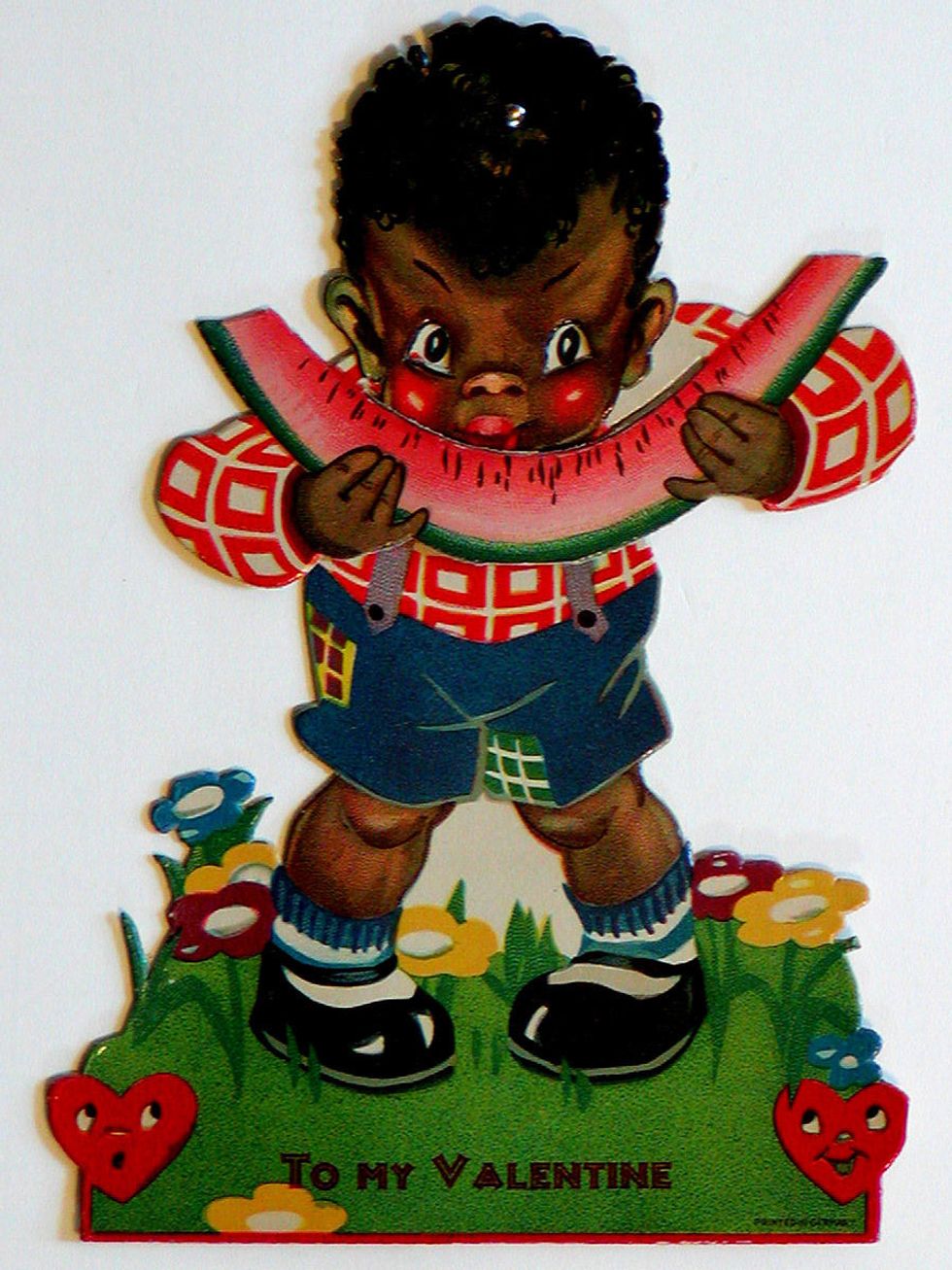 The cards employ stereotypes, like the classic love of watermelon. 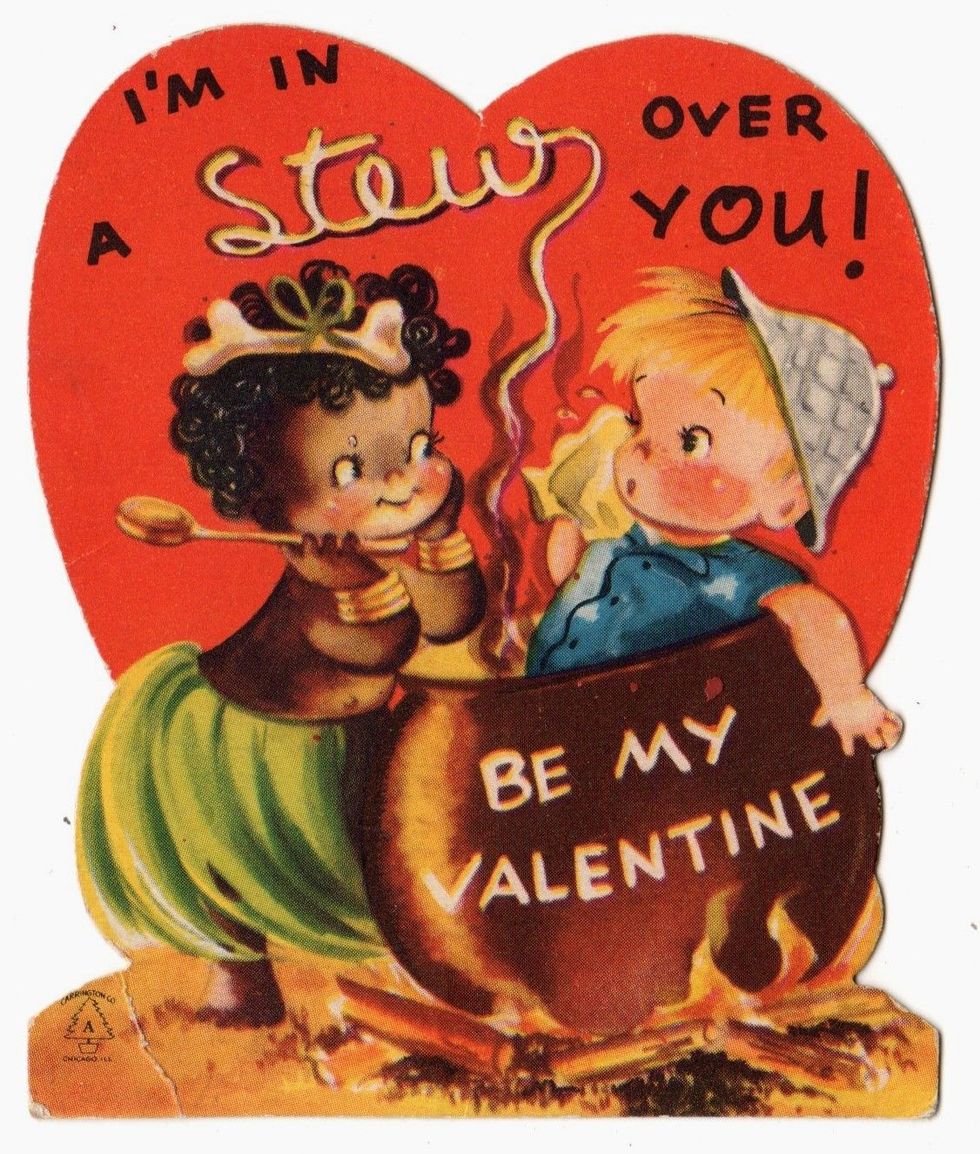 "Stores, essentially the equivalent of Target or Walmart, would display giant cardboard versions of the cards in the 1910s and 1920s. People would walk and shop among with life-sized stereotypical figures," Dr. Young told me. 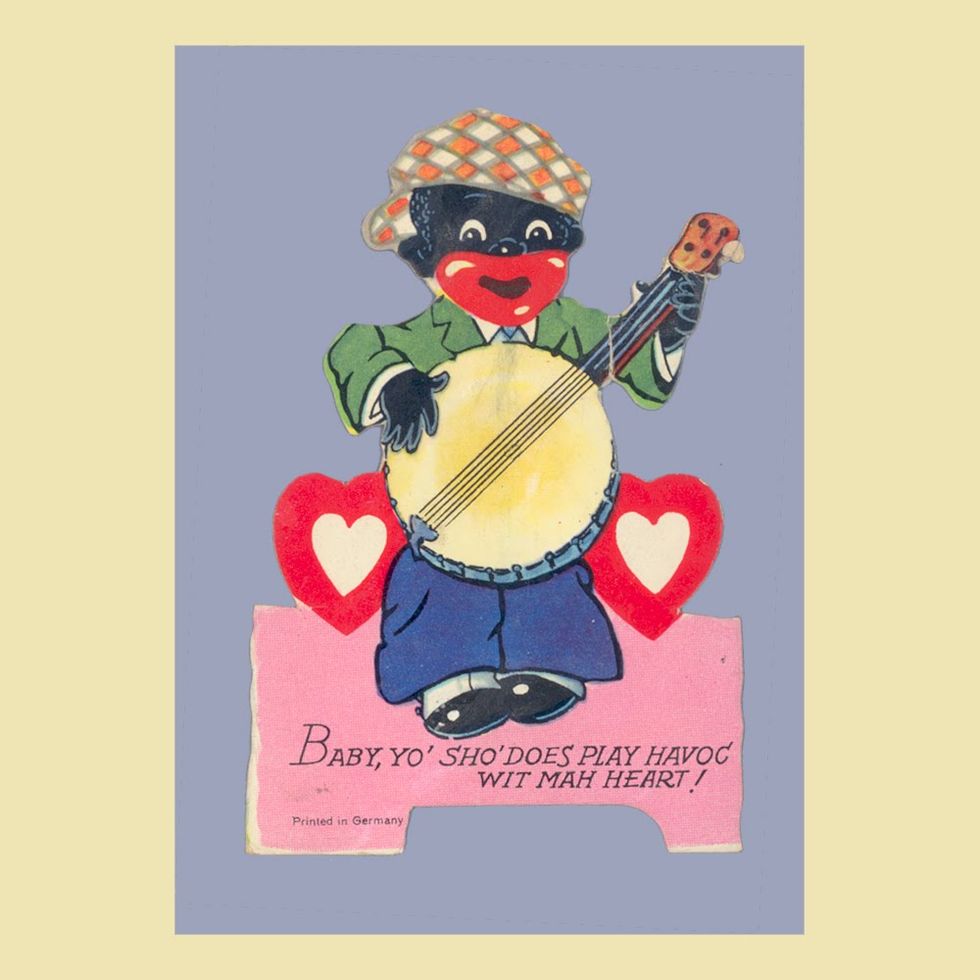 The cards are significant because they circulated widely and "in some cases, provided recipients with their first meaningful encounter with a person of another race or ethnicity." 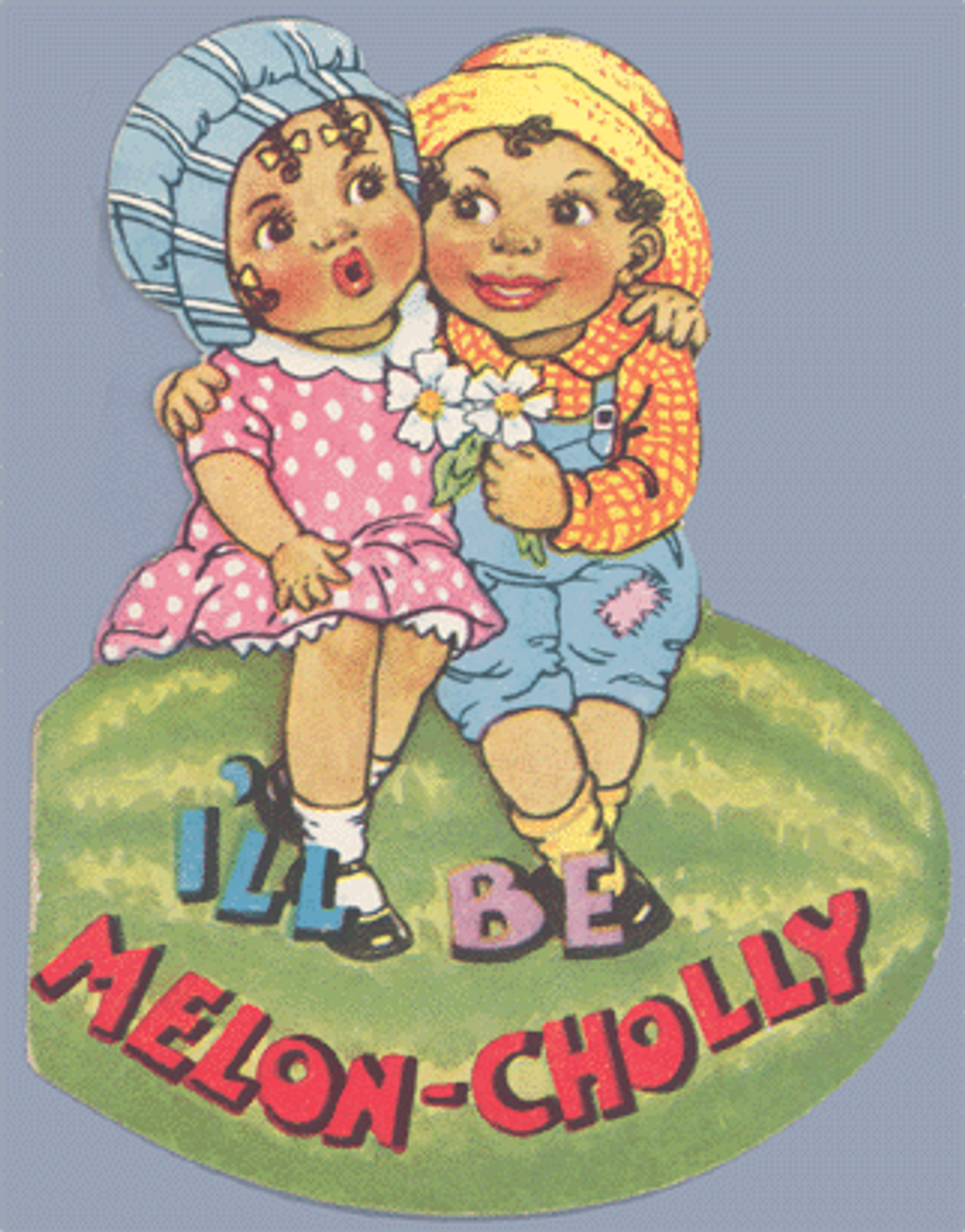 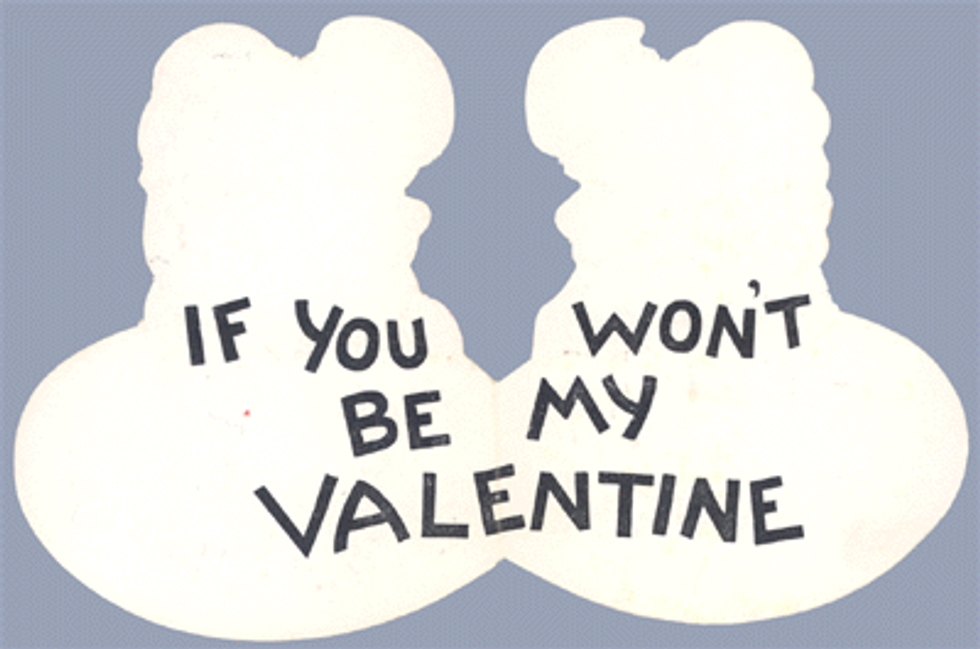 Dr. Young has bought the cards in his collection at public auctions. "In a couple instances, people read about my interest in these types of valentines and sent them to me (after discovering them among a deceased parents or grandparents keepsakes)." 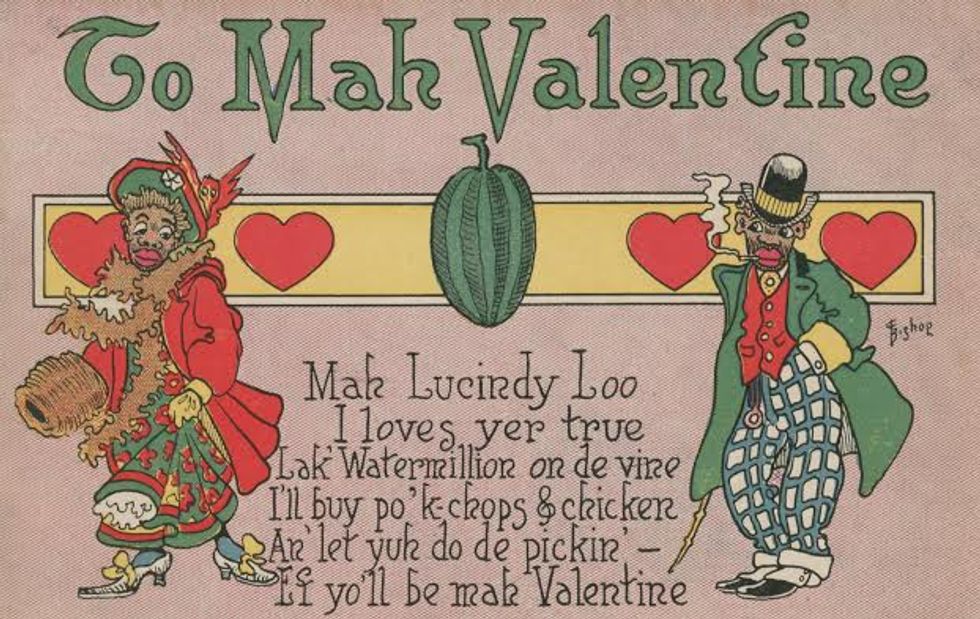 The card above from the early 1900s  is part of Dr. Young's collection. 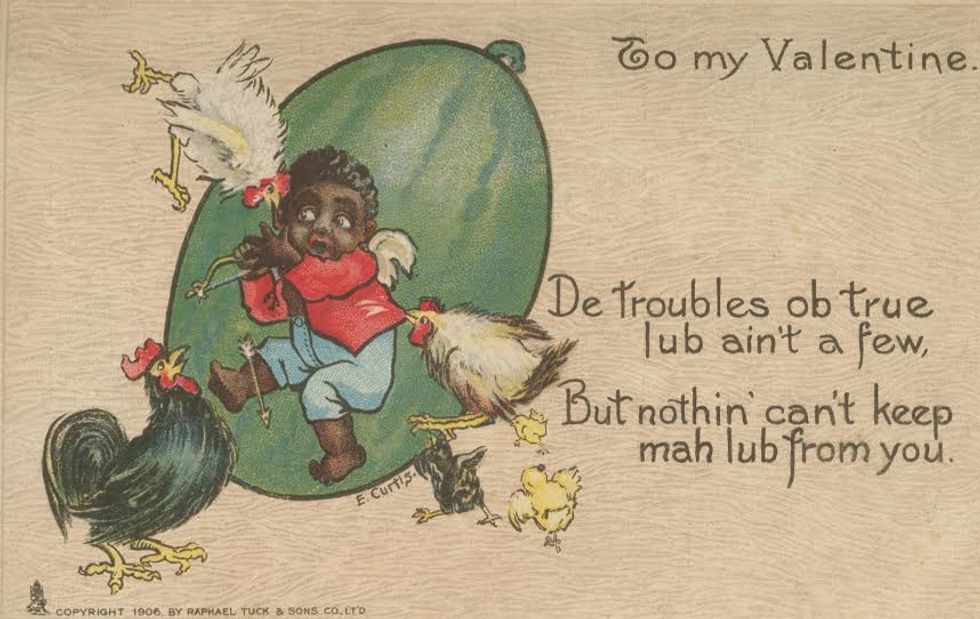 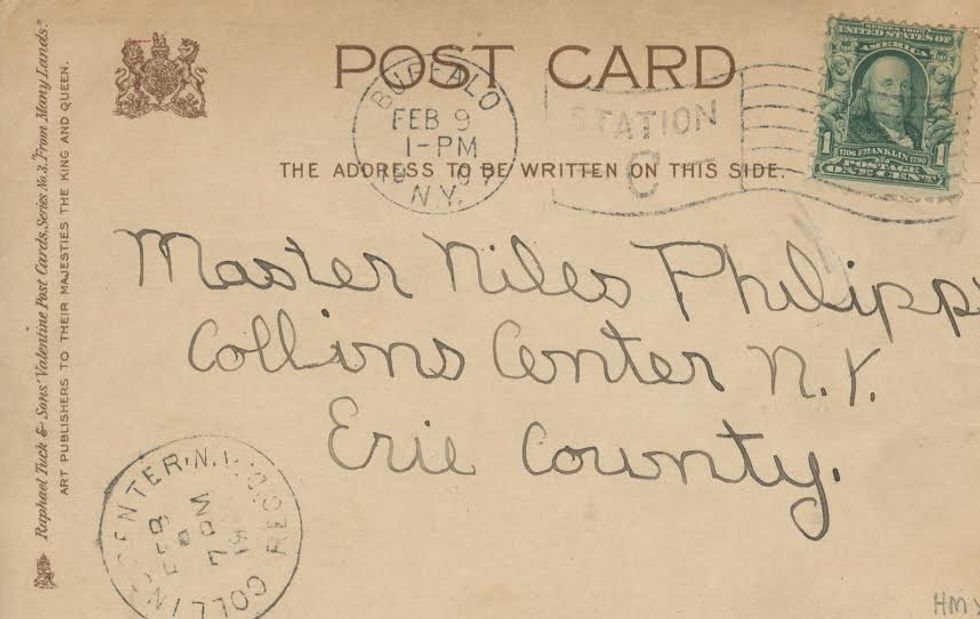 The card above, which Dr. Young also emailed me, "was sent to a kid in Erie County, New York (greater Buffalo area) in 1907. Other posted cards (to adults) have messages written by the sender." 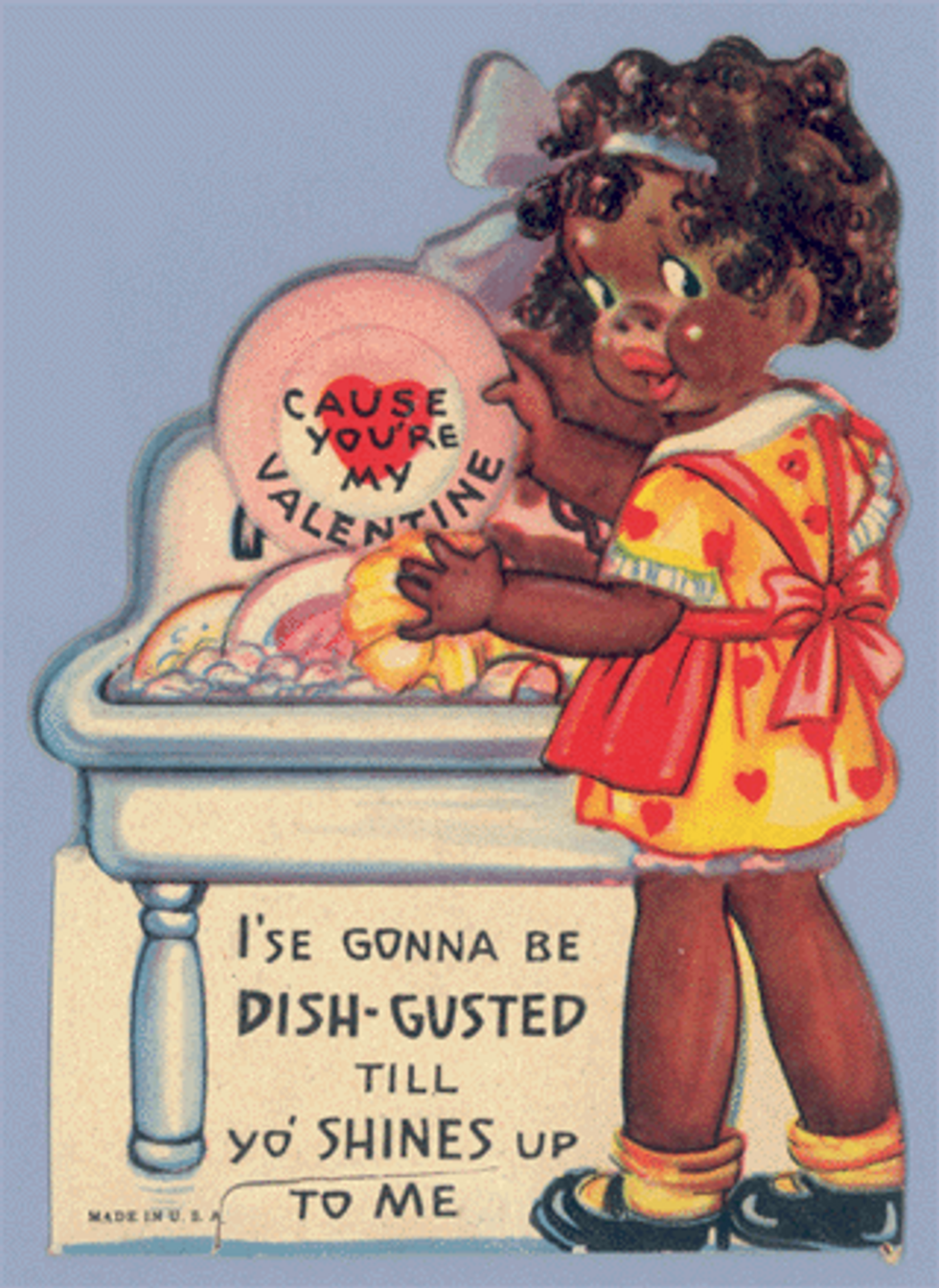 image via image via

"The comic Valentine featuring a caricature still exists in the humor section of card stores. While retailers no longer sell cards depicting obviously offensive stereotypes, these cards still get a laugh by featuring recognizable caricatures who might speak in dialect about their romantic and physical desires." 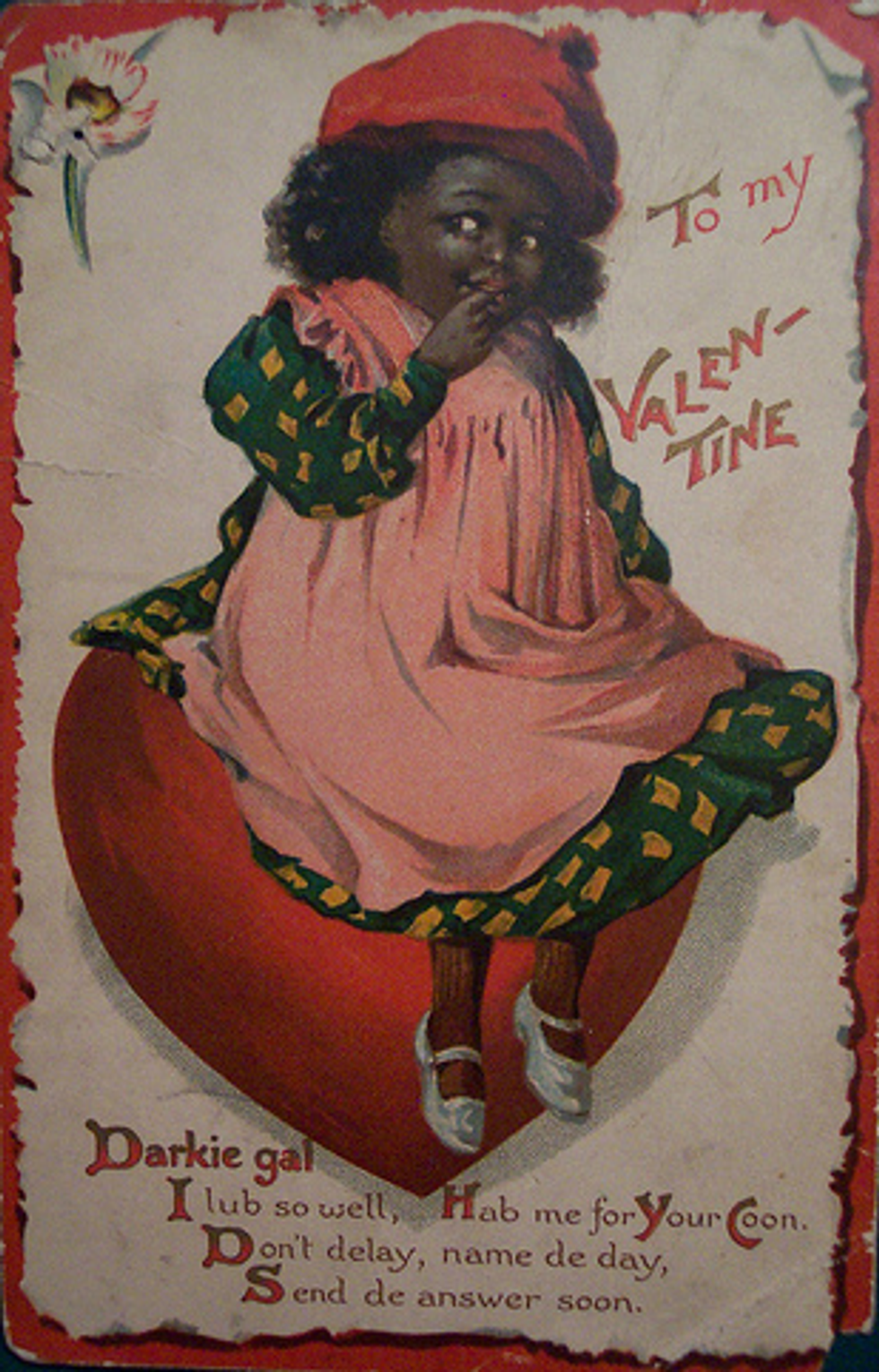 "These valentines help you to see how ingrained  and widespread racial prejudice was in the early 20th century. They were purchased all over the US; posted in the south, northeast, and midwest; sent (and received) by men, women, and children. "

These valentines were sold everywhere, from department stores to pharmacies across the United States. In my collection of posted cards, I have used the census records to learn about the people who received the cards. Beyond being white, there really isn’t a unifying characteristic. Recipients lived in Nebraska, Vermont, and North Carolina to name just a few places. In some cases, cards were sent to boys. In others, they were sent to middle-aged married women. 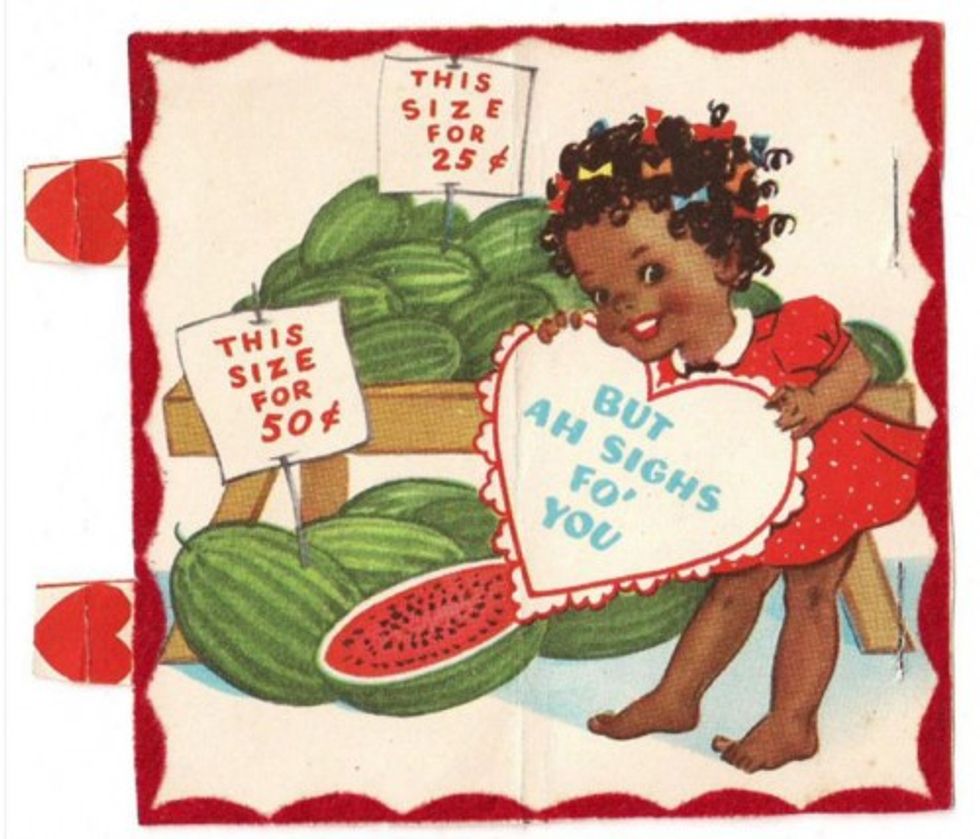 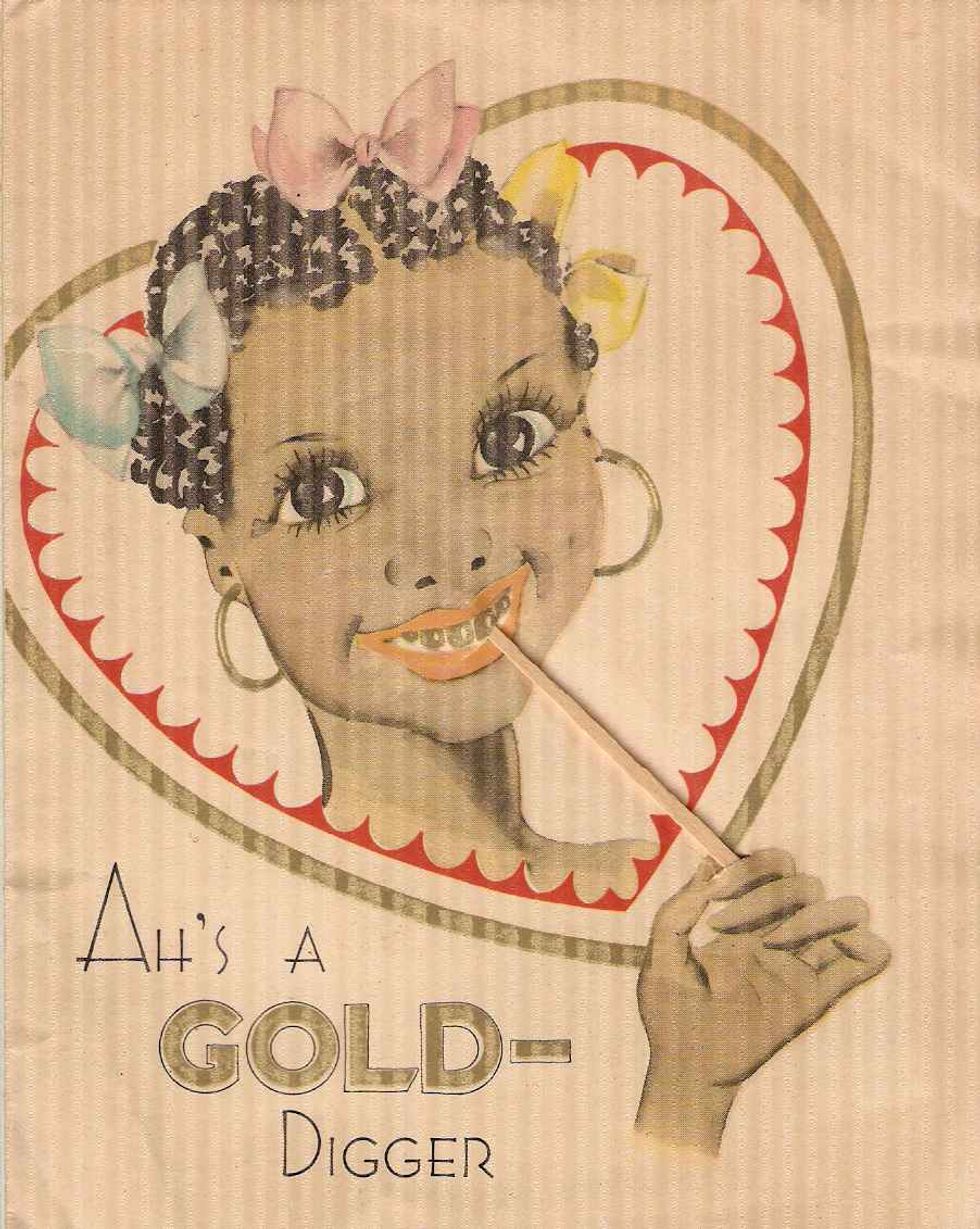 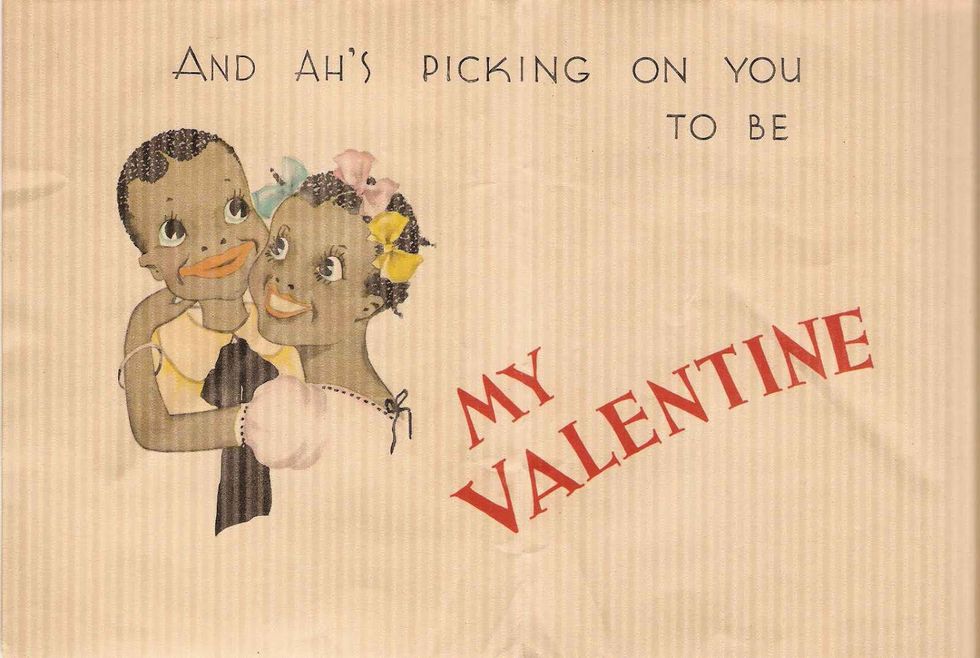 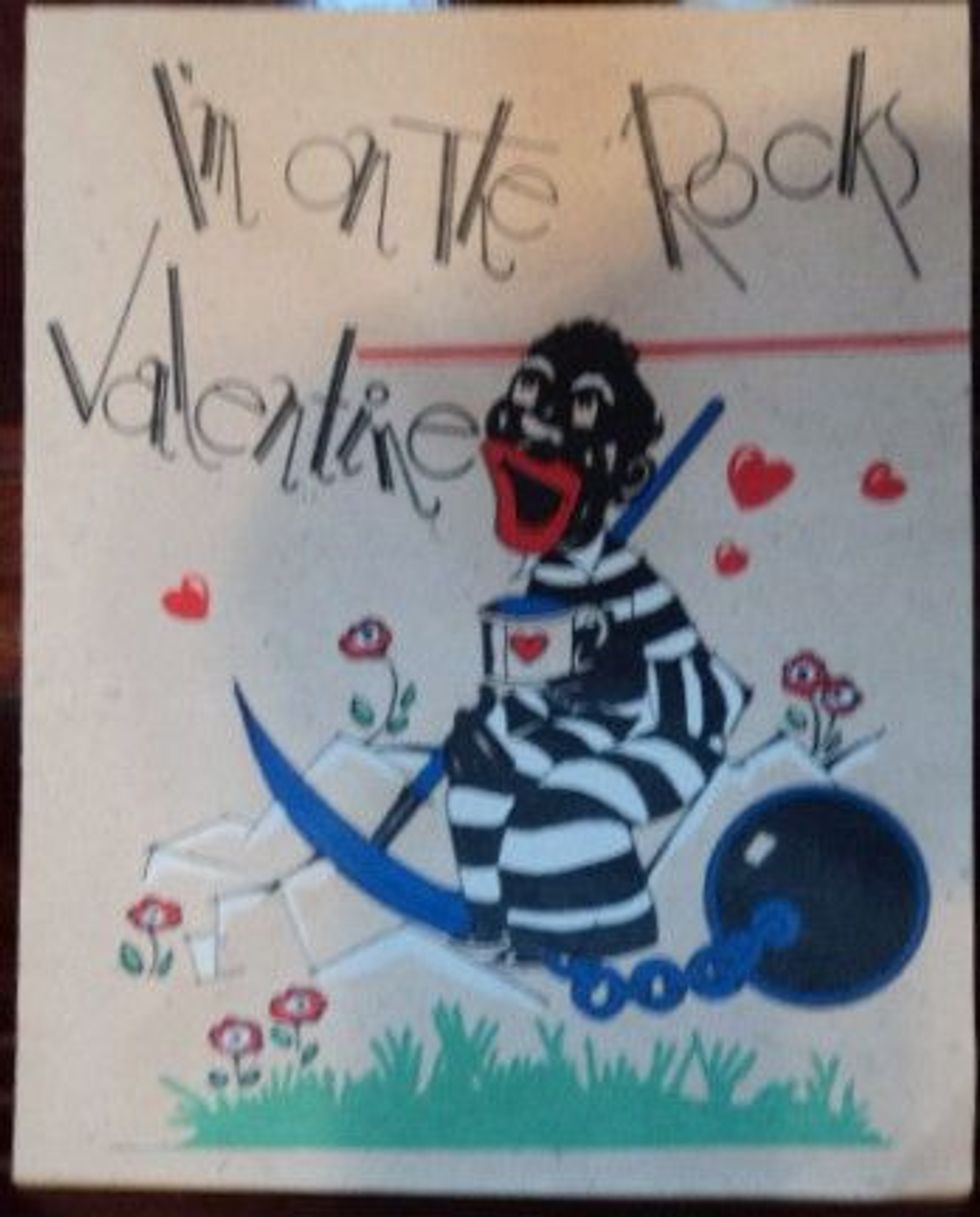 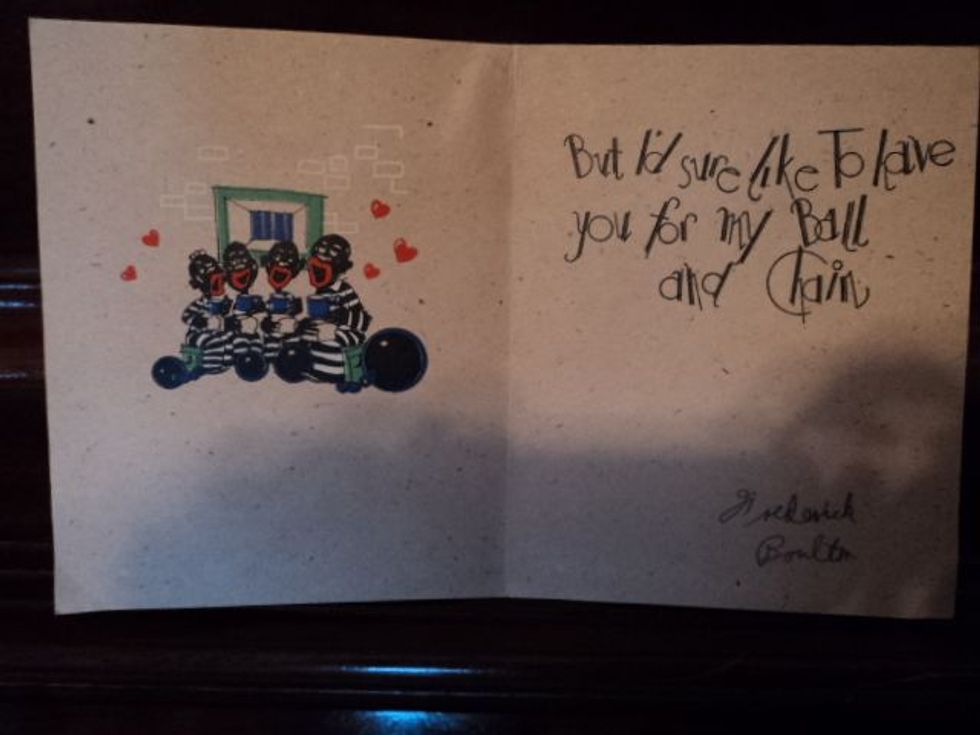 11. The Would be Lynching Victim 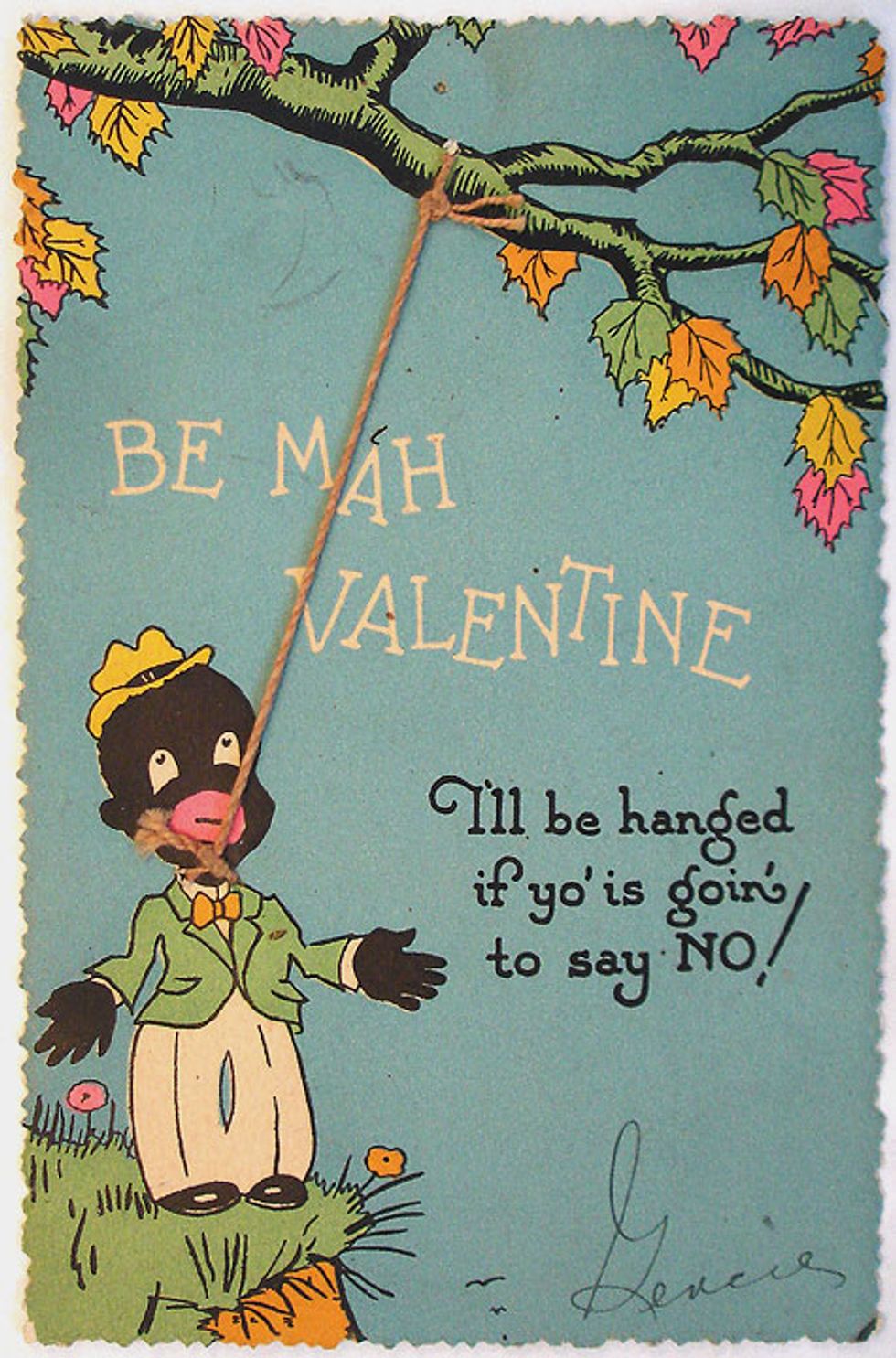 Dr. Young has only seen this one online and suspects it's not an authentic card from the times. It also appears that the card could have been made with just the white writing and the string, representing the rope and the black text added after the fact. 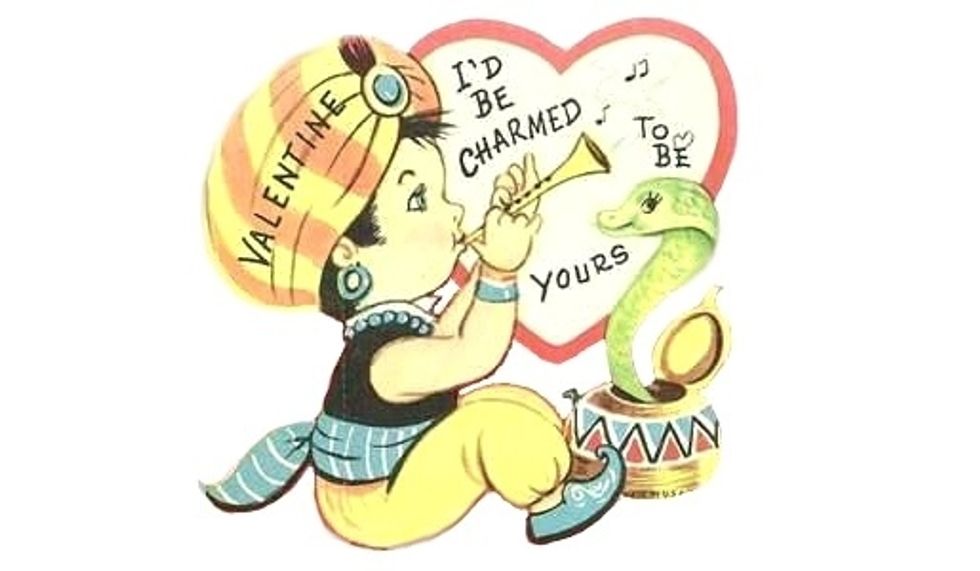 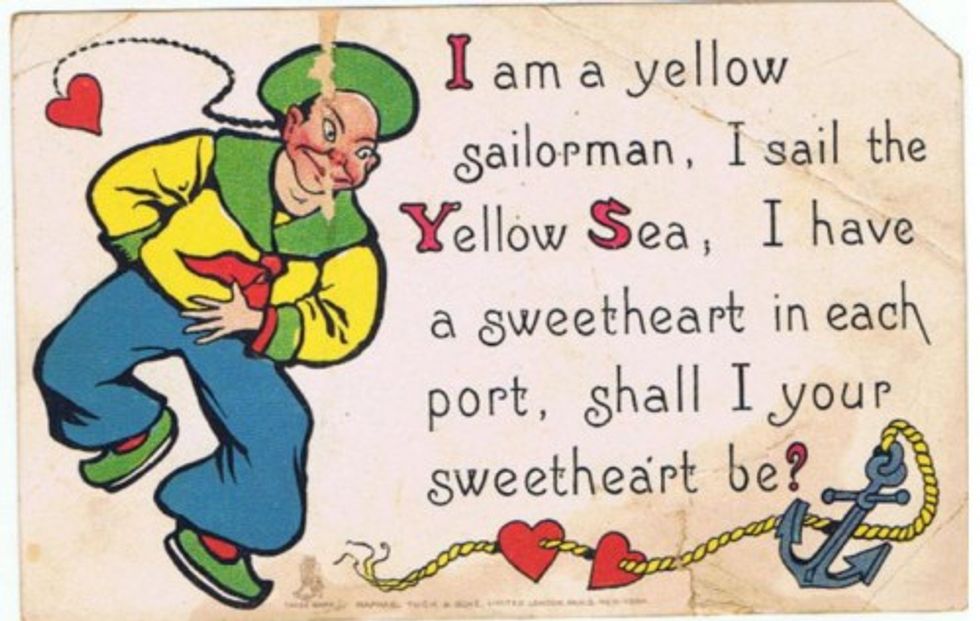 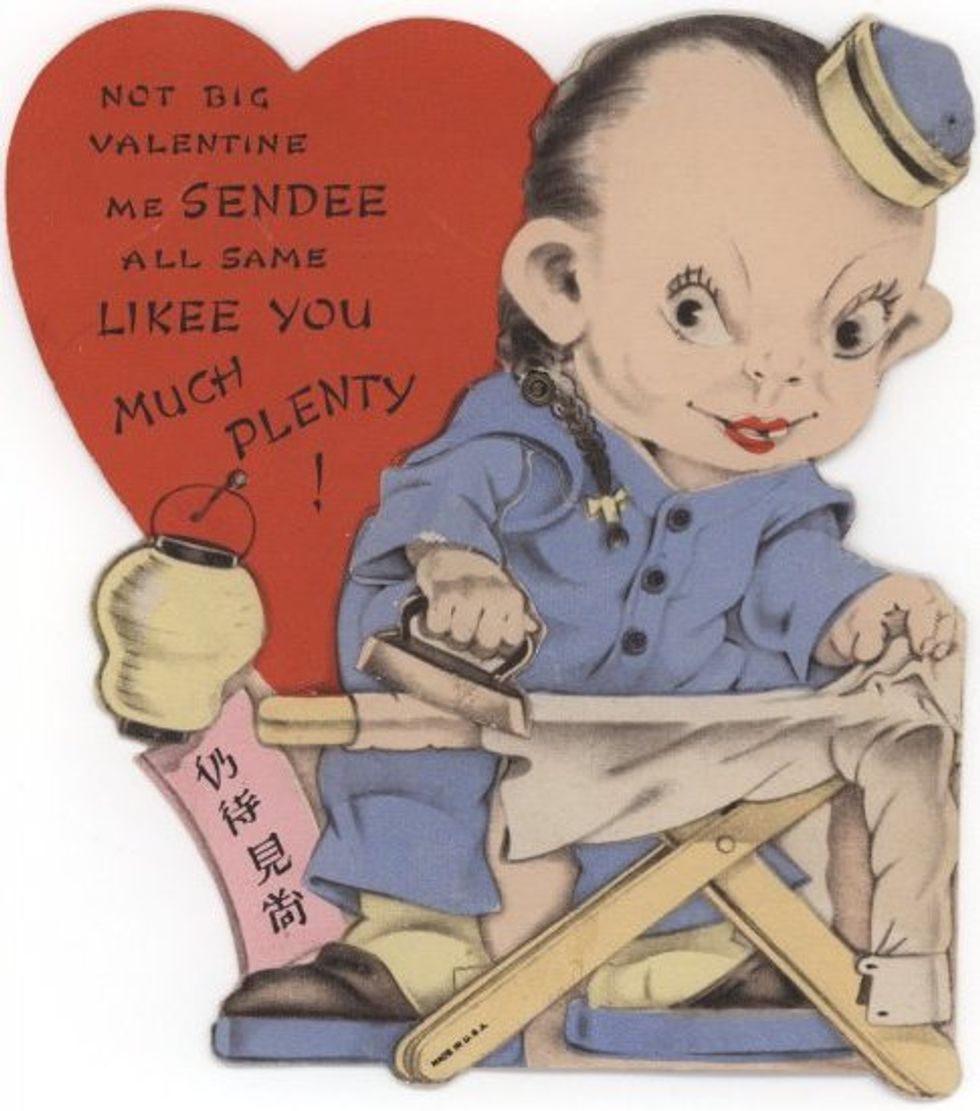 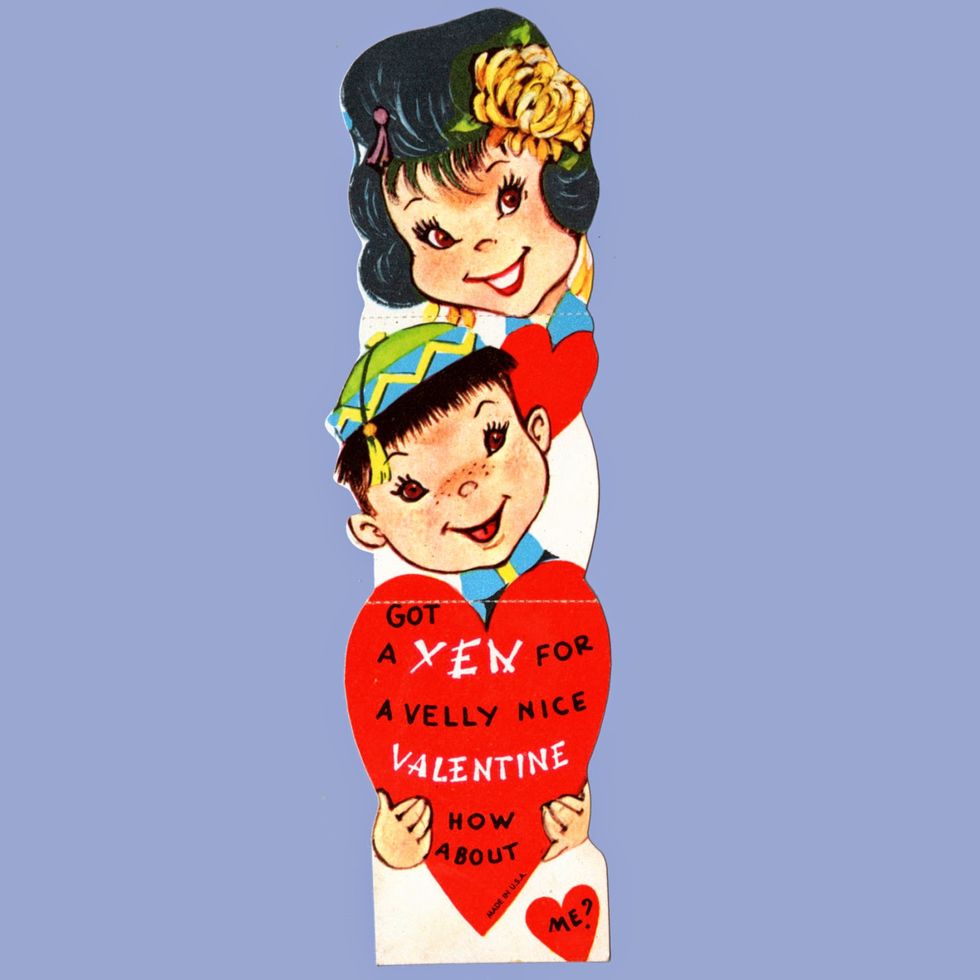 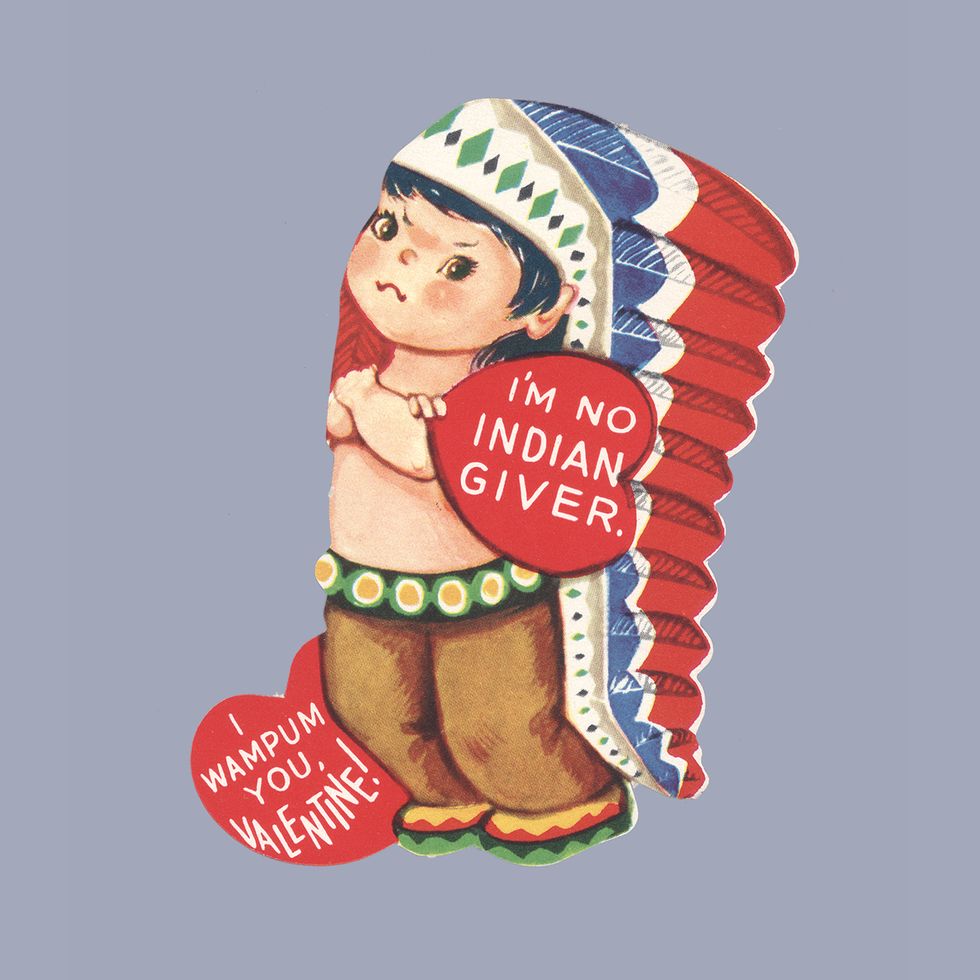 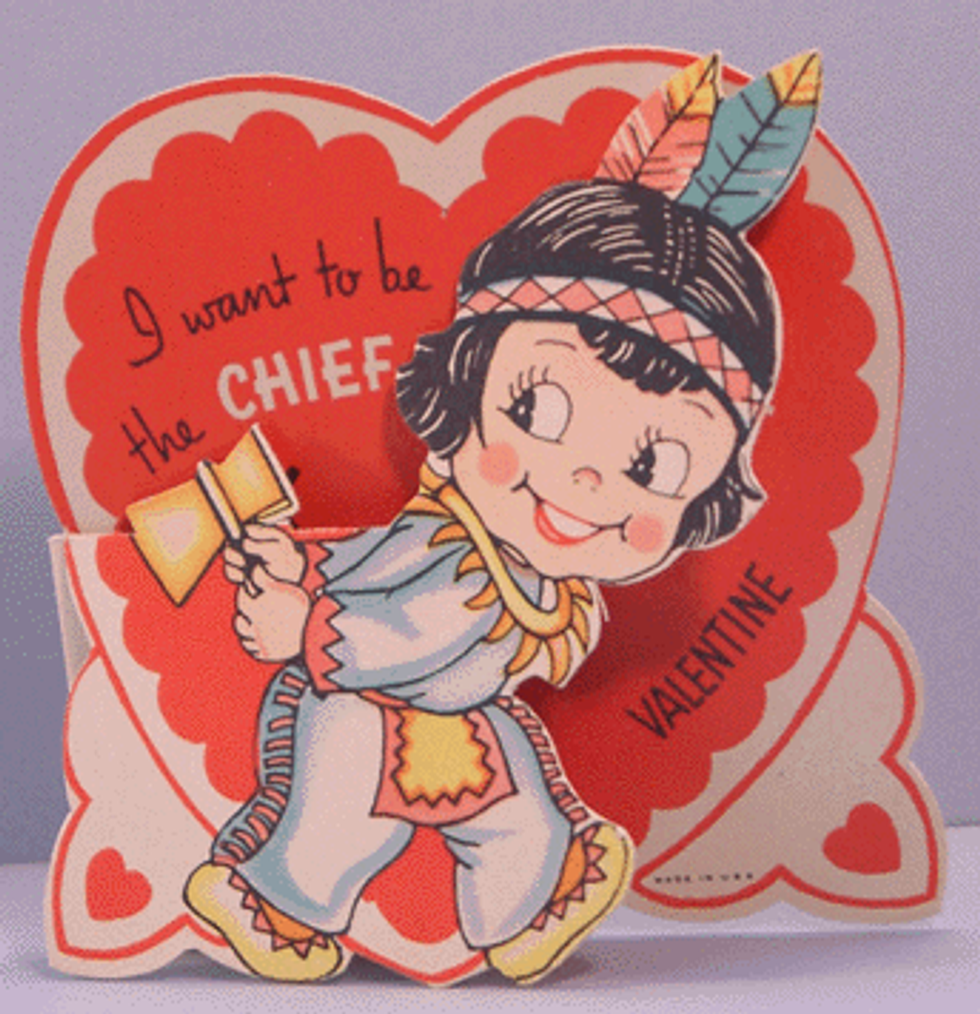 This card is from later than the others, which is even scarier. 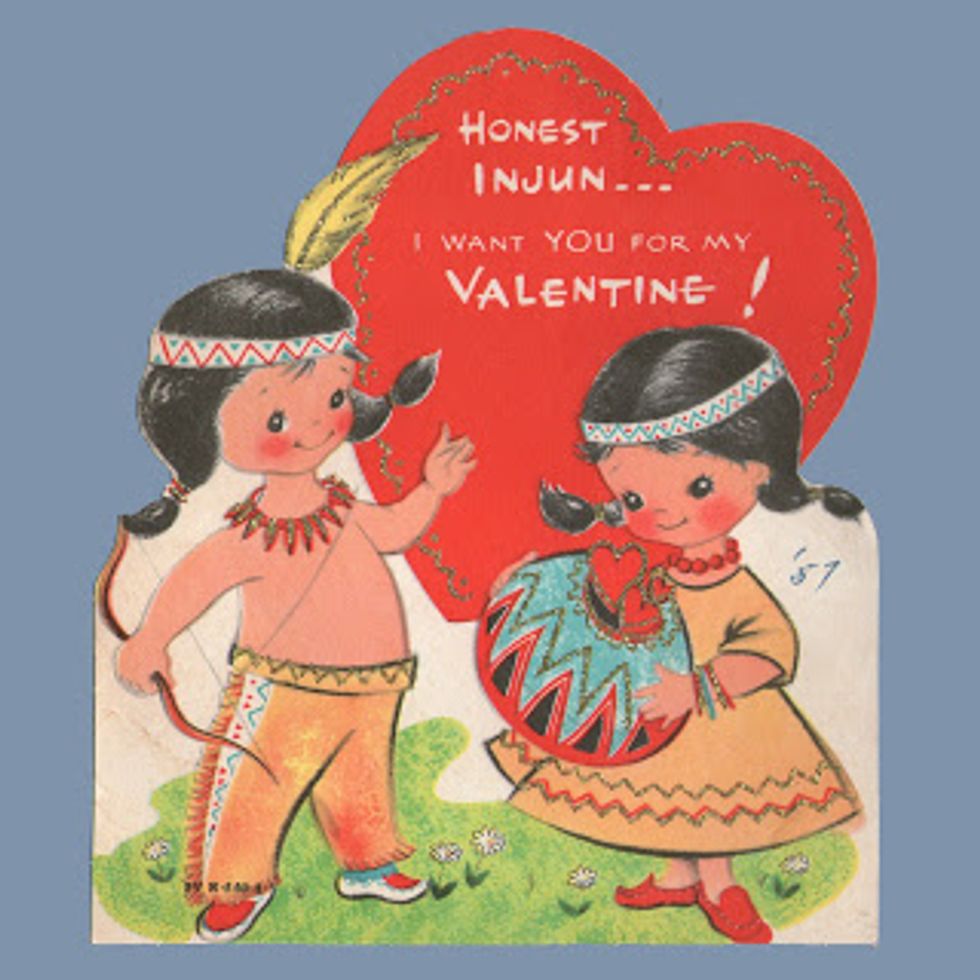 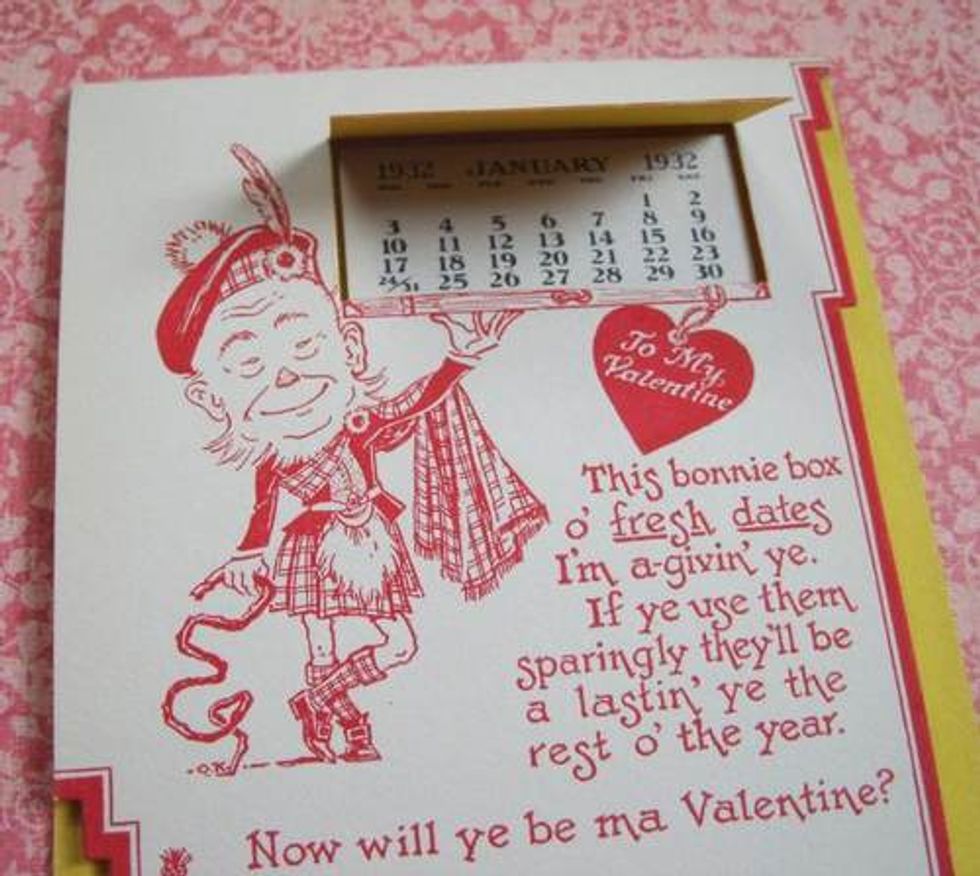 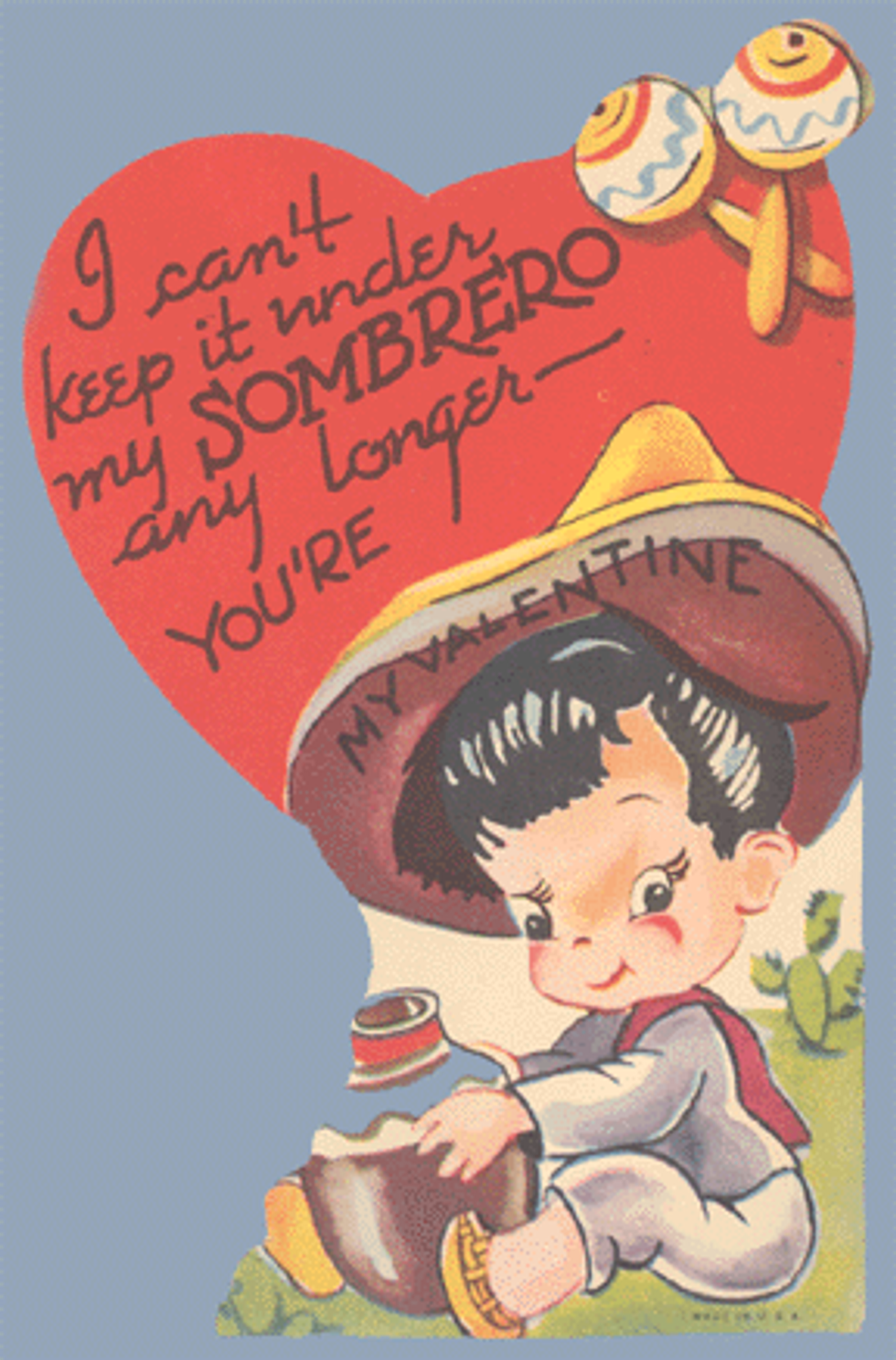 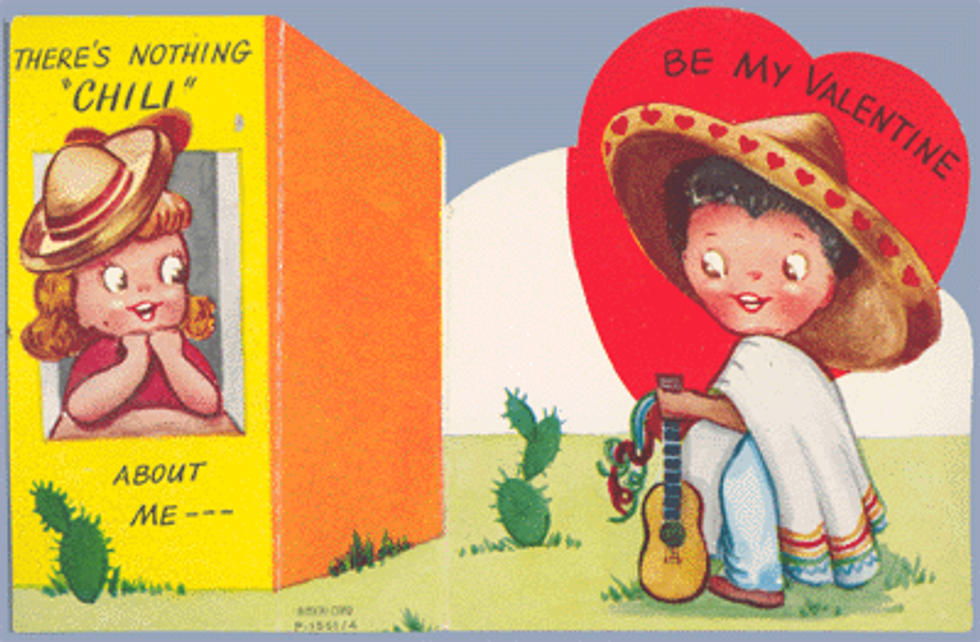 Mexicans don't even take siestas, those are the Spanish, but they all speak Spanish, so whatever. 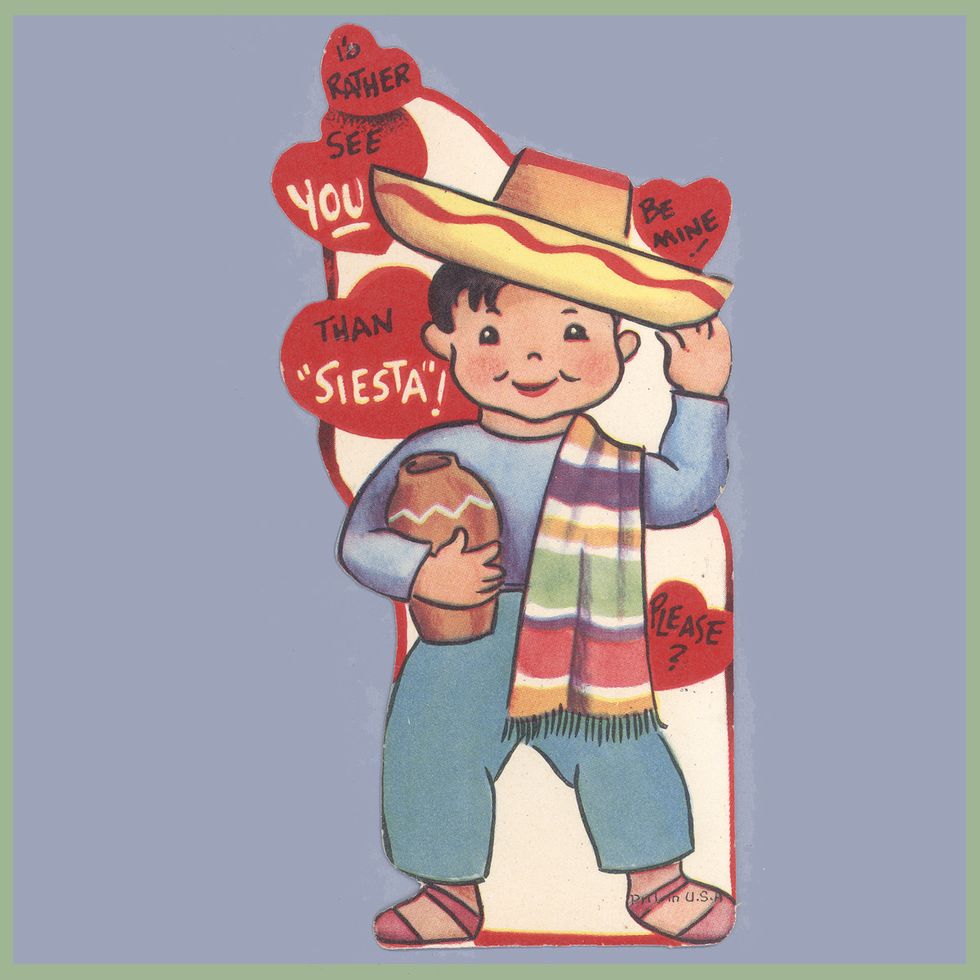 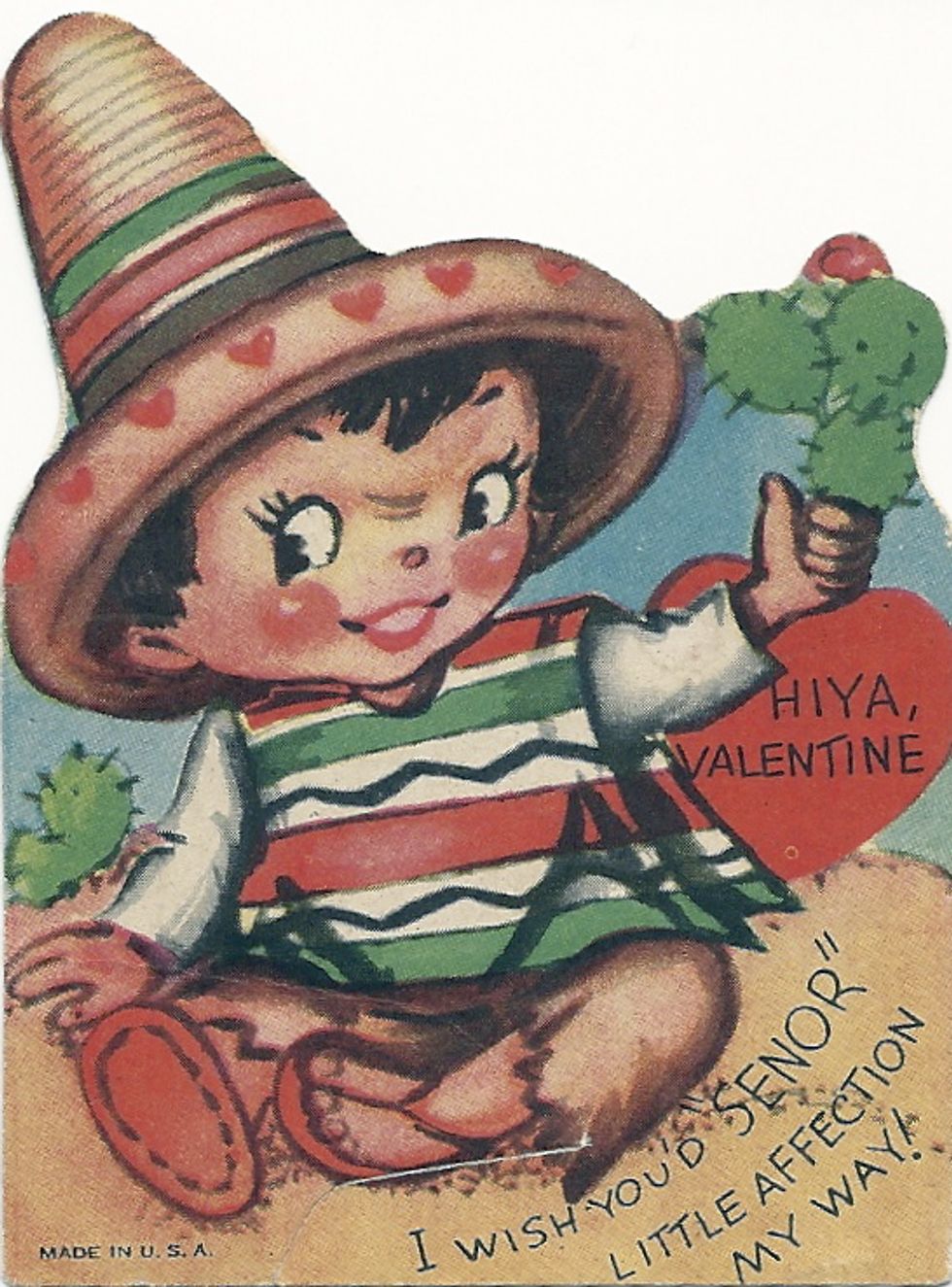 Finally! The Non-Racist Misogynist! For the Equal Opportunity Sexist: 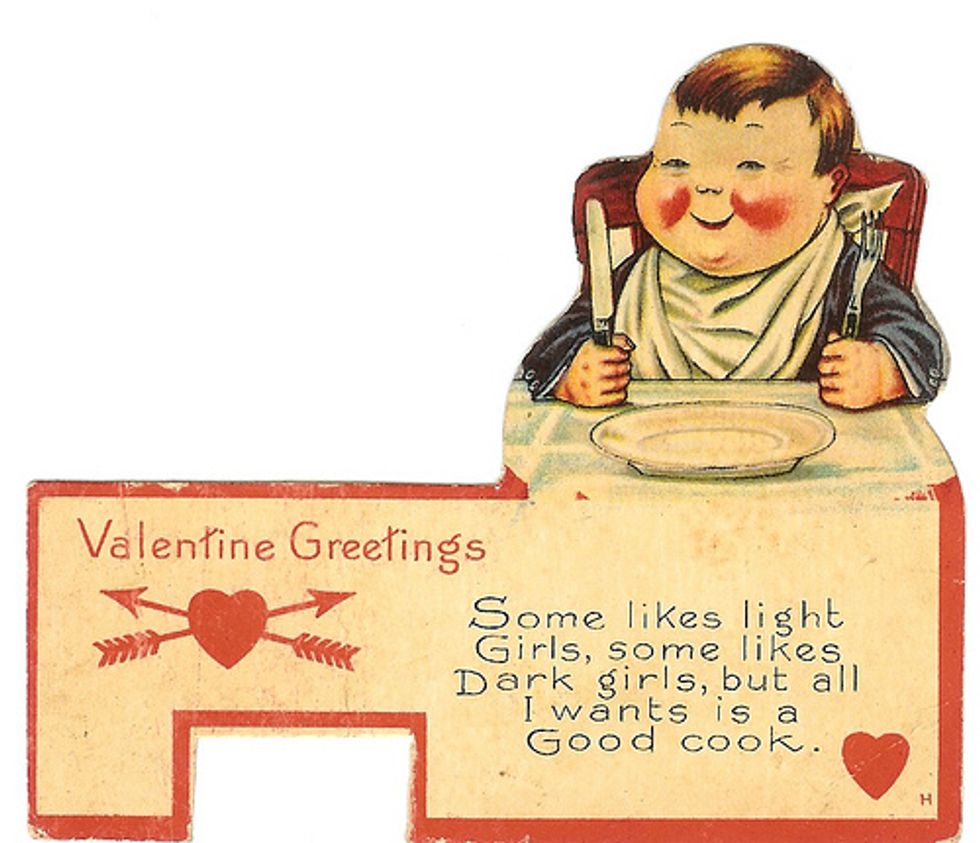