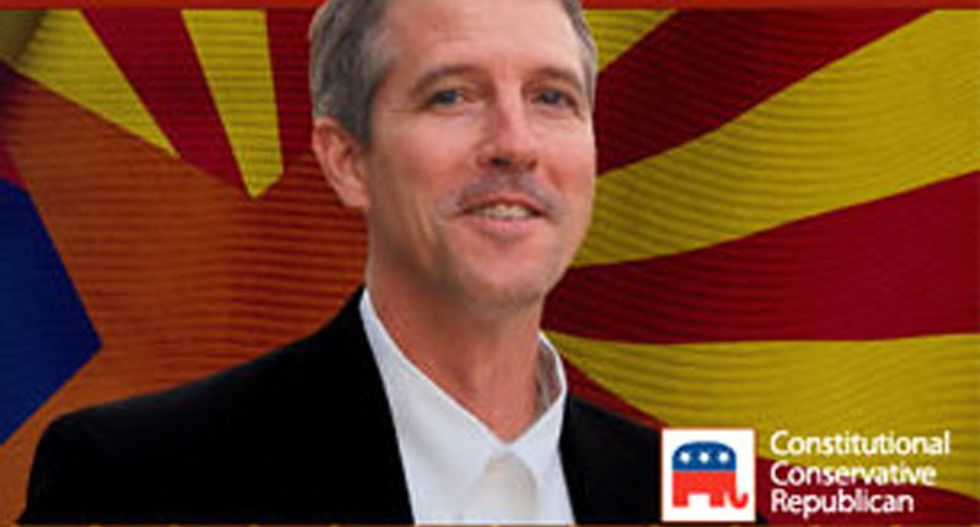 The former leader of the border-patrolling Minuteman vigilante group has filed papers in an Arizona court, seeking to fire his public defenders and represent himself in his upcoming child molestation trial, reports the Phoenix New Times.

Chris Simcox, 53, co-founder of the volunteer Minuteman Civil Defense Corps, is currently facing two counts of child molestation, two counts of sexual conduct with a minor, and one of the attempted molestation of a child, all with children under the age, one of whom was his daughter.

Simcox has been held without bail for two years as his case has wound through the court due to various delays.

In a filing in Maricopa County Superior Court, Simcox wrote that he is invoking his "right to represent himself for all further proceedings, including the jury trial set in this matter."

According to court documents, the former Los Angeles area kindergarten teacher is accused of having "digitally penetrated his biological daughter's [vagina] on two occasions, penetrated her vagina with an object on [one] occasion and to have fondled the genitals of his daughter's friend on two occasions.The victims were 6 and 5 years old respectively."

Simcox, who once ran against Arizona Senator John McCain for the Republican Senate nomination in 2010 before throwing his support behind former Congressman J.D. Hayworth, turned down a plea deal from deputy county attorney Yigael Cohen, insisting that he is innocent.

"In a sense, I kind of welcome the trial," Simcox told the court. "I would relish the opportunity for the truth to come out."

The one-time frequent guest on Fox News Hannity & Colmes, is facing life in prison if convicted of any the felony charges he faces.