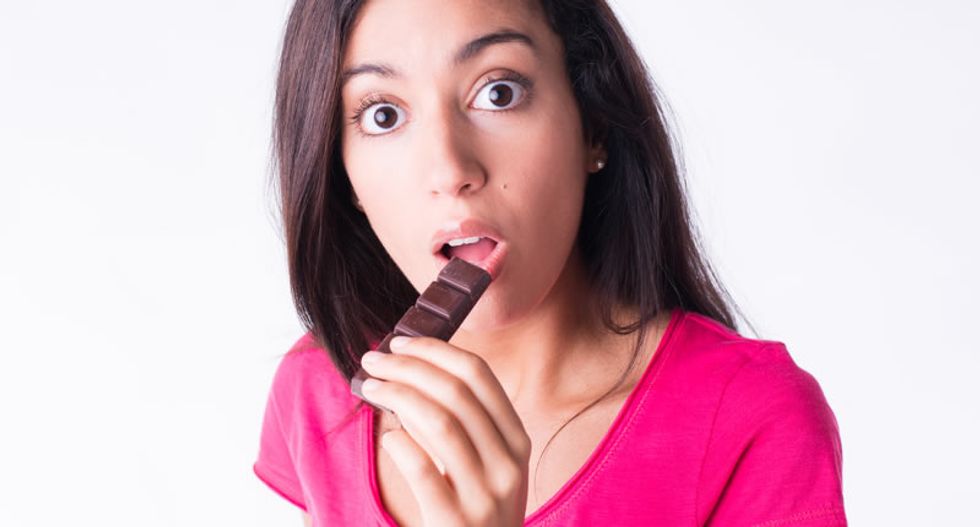 Chocolate lovers take heart: a steamy greenhouse near London is helping to ensure that cocoa crops globally remain disease-free and bountiful to cope with the growing appetite for sweet treats.

On a winter morning, the temperature is a chilly eight degrees Celsius but inside the International Cocoa Quarantine Centre (ICQC), which simulates tropical conditions, the air is a balmy 23 degrees.

"Cocoa plants are generally quite difficult plants to grow," said Heather Lake, a technician at the newly-revamped centre, which is funded half by the British chocolate industry and half by the US government.

Situated in the village of Arborfield, west of London, the ICQC boasts around 1,000 square metres (10,760 square feet) of greenhouse space and 400 cocoa plant varieties.

The centre's aim is to reduce the amount of disease affecting cocoa plants by quarantining them before sharing them with different countries to produce new, more resistant varieties.

The plants are often collected in the wild on expeditions to the tropics on which researchers collect cuttings or seeds from disease-free samples.

At a time when changing tastes in emerging economies like China and India are fuelling global demand for chocolate, the centre acts as a vital resource for producer countries when pests or droughts strike crops.

"That's where we come into play," said Andrew Daymond, manager of the ICQC, which was set up 30 years ago. "We are the main hub for international movements of cocoa plants."

Cocoa originates from South America but west Africa now dominates production, accounting for 73 percent of global output, according to the International Cocoa Organization.

Such a heavy concentration of production in one region -- Ivory Coast and Ghana alone represent 60 percent -- makes it vulnerable to shocks.

Prices leapt to almost $3,400 (3,000 euros) a tonne in New York in September amid fears that the Ebola crisis in west Africa could affect cocoa supplies.

Both Ivory Coast and Ghana have, however, so far been spared by the outbreak.

There is also the potential threat to the industry from plant diseases, which in west Africa can mean up to 30 percent of the annual harvest is lost.

"In each cocoa-growing country, they face particular challenges to do with pest and diseases, low yield potential of planted materials, extreme weather events," Daymond said.

"The basic objective of the project is to allow safe movement of cocoa plants from one part of the world to another."

In Britain, which has no endemic pests or diseases affecting cocoa, the centre can grow resistant varieties before dispatching them around the world, though few people would recognise these as cocoa trees.

"When we do an export, we send the small branches off a tree," Lake said. "We then remove all the leaves and we just send a stick."

Daymond explained that producer countries can then "establish a plant that is genetically identical to the plant that they received the cutting from".

The centre also researches the effects of climate change on cocoa crops and is looking at developing new varieties that would be more resistant to droughts or increased carbon dioxide levels.

All of which could help to make a box of chocolates that little bit more affordable.