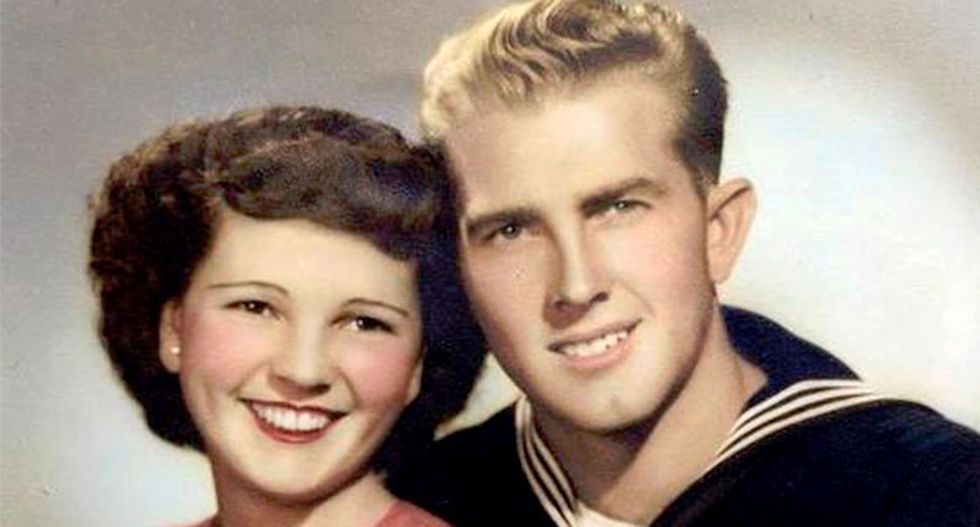 Floyd Hartwig, 90, and wife Violet, 89, died on Feb. 11 in their home in Easton, California, outside Fresno, their family said.

The couple had known each other since they were children and married in 1947 while Floyd was on leave from the Navy, going on to settle in a ranch in Easton.

"They enjoyed working side by side their entire lives," said daughter Donna Scharton. "They were very loving. Very hard-working. Not into materialistic things."

Each had battled illnesses in recent years. Violet had dementia and had suffered strokes. Floyd, who survived bladder and colon cancer, had been diagnosed with kidney failure, family said.

Floyd and Violet had been given hospice care in the last weeks of their lives, and with the end near, family members pushed their beds together, Scharton said.

"They were very devoted to each other and had a lot of respect for each other," Scharton said of their long marriage.

Violet, known as "Vi," would wake up at 4 a.m. through much of her life to tend to her family and the ranch, "sewing, cooking, gardening, and volunteering for the PTA," according to her daughter and her obituary.

Floyd spent six years in the Navy and served in World War Two, his obituary said.

(Reporting by Victoria Cavaliere in Seattle; Editing by Eric Beech)